With just two weeks until the election, California's Proposition 2 is getting attention from the Hollywood elite, out-of-state agricultural interests and many media outlets. Here are a few tidbits from recent days involving UC experts:

Veterinarian Nancy Reimers, who speaks for the opposition, said caged hens already have space for turning and flapping their wings, and seem content. "If I'm going into a house of otherwise healthy hens -- in cages or not -- they sing," Reimers was quoted in the Los Angeles Times. . . . . "There is not, to my knowledge, a behavior called singing on the part of chickens that is an indication of good welfare," responded UC Davis veterinarian Kate Hurley, who wrote the Proposition 2 argument in the official state voter guide.

UC Riverside poultry specialist emeritus Don Bell, an opponent of Prop 2, was quoted in the same LA Times story. He wrote a memo to members of the United Egg Producers denouncing the measure's supporters' use of his "penny an egg" figures as "a way of trivializing the costs of conversion. . . . California's share would be $52 million per year -- not a small added cost."

Hurley was interviewed by Sacramento's Capital Public Radio: "You know, if you can imagine joining 8 strangers in an elevator and spending the rest of your life there, that’s what life is like for these birds.”

Director of the UC Agricultural Issues Center Dan Sumner was also interviewed for the program. He said the measure has the agriculture industry on edge. “They don’t know whether they’re next or not. Whether it’s dairy farming or growing tomatoes or you name it.  Any business has something about it that someone may not like.  And if we put those on the ballot and essentially vote to put industries out of business, that has to have a dampening effect on people deciding whether to invest in CA or somewhere else.”

The Orange County Register cited Sumner's research study about probable economic effects of the proposition's passage. The study says implemention of Proposition 2 would result in "the almost complete elimination of egg production in California," and that California grocery stores and food manufacturers will source their eggs from other states and Mexico. Proponents challenge the assertion by asking why there are so many out-of-state farmers against Prop 2, the story said.

Director of the UC Davis Center for Animal Welfare, Joy Mench, spoke to the Sonoma Index-Tribune about alternatives to battery cages. "The non-cage system may seem more humane but in reality that's not necessarily the case," she was quoted. "Both systems have their good sides and their bad sides." 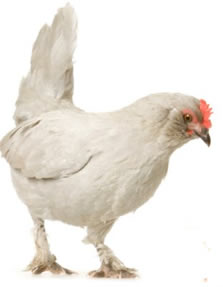 I live near many dairy farms in the Central Valley, and I've seen the pens that the calves are in for veal production. I hate them. I haven't eaten veal in almost 20 years because of this treatment. I cannot believe that baby cows were meant to be caged up--even if their life is short because they're slotted for butchering. I am voting "yes" on Prop 2--even if my eggs cost a little more.
Leave a Reply: