Call me the Indiana Jones of gardening, but I wanted some adventure from my summer garden.  I wanted to discover something “new” that was old (I hear that line from the movie ringing in my head, “It belongs in a museum!”).  Among our adventures were the following:

The Heirloom Sweet Chocolate Pepper.  This is a brown-skinned pepper at maturity, which starts out green, and is supposedly red fleshed on the inside (kind of like those glowing stones from the “Temple of Doom”). It is said to taste sweeter than the average bell pepper. Of course, it’ll add color to any salad and one review I read said it freezes well for winter use.  You’ll see a picture of my plant below of a mature brown one and a “newbie” green one behind it.

The Psidium 'Lemon Yellow', or Lemon Guava was another adventure. Maybe you’ve heard of the Strawberry Guava Tree, well here is its cousin. Like Indiana in “The Last Crusade” looking for a golden statue, these  yellow treasures make their trip from South America too. The little fruits are prolific on it, and I think we were just waiting for a bit more sun and warm weather to ripen them up so we’ll be able to reap our golden reward. We have it in a container and everything I’ve read says it’ll be fine there for quite a while.

Another veggie that I discovered was Black Spanish Radish. I found the seed packet hidden in a huge seed display at a local discount store.  As you’ll see by the picture these didn’t get too big. The packet didn’t exactly “map out” any details, so I planted them like any other radish. As I’ve recently found out though, they are a winter variety and that could attribute to them not reaching their potential. They are definitely black though. That isn’t mud you’re seeing, that is the skin color! Well, the only “Jones” reference here is that apparently, they have been used medicinally  by other cultures for thousands of years, and we all know Indiana was always eating or drinking some kind of concoction to cure something or protect him from something.  I don’t know what they’d cure, but the ones that came from our garden sure have a “bite” to them! They start out with a regular radish flavor, and the heat builds from there.

So join me on an adventure in the garden this summer. It might be a little more relaxed than running from gigantic boulders or dodging poison-tipped arrows, but at least we get to wear cool hats! 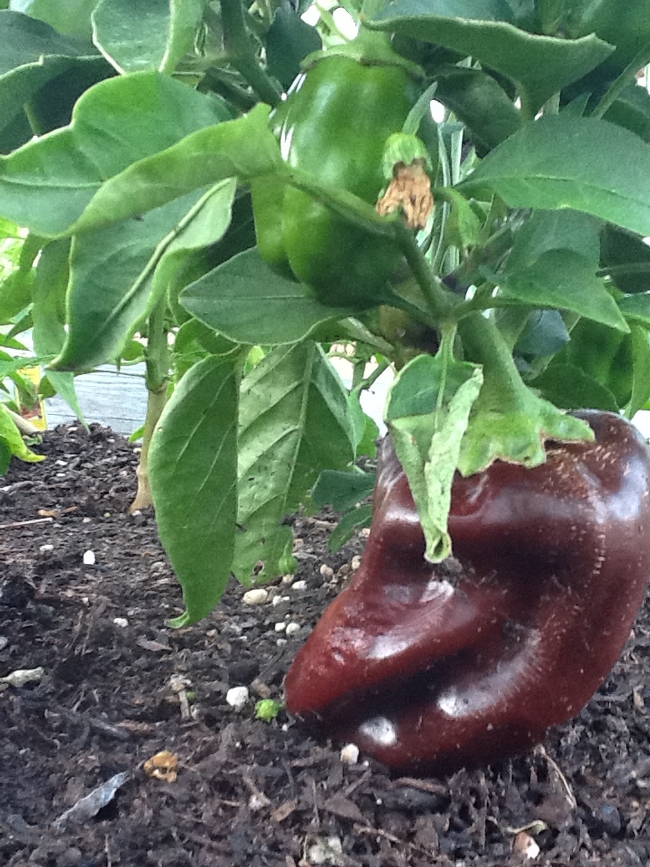 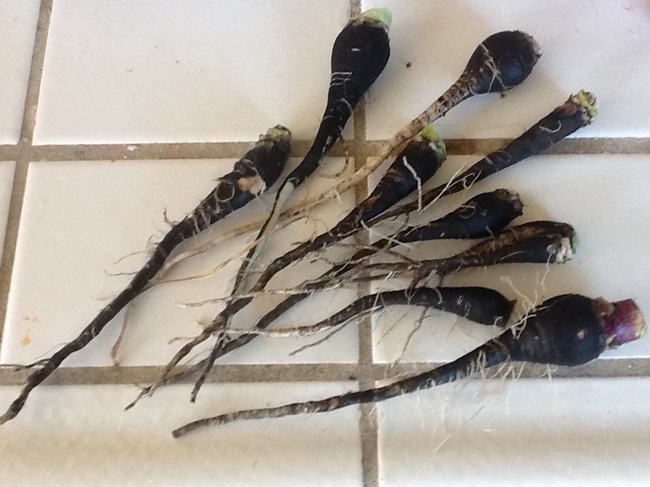