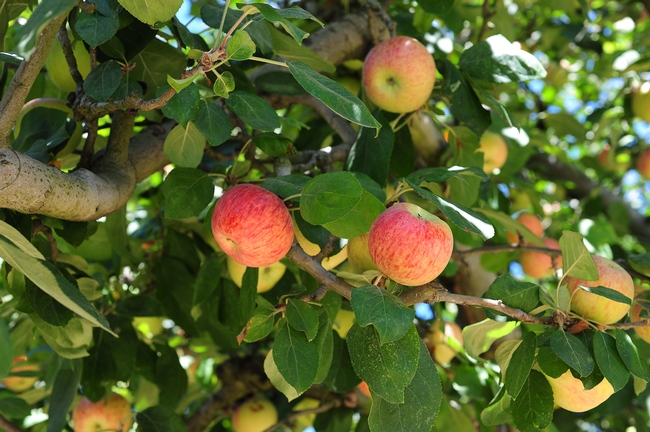 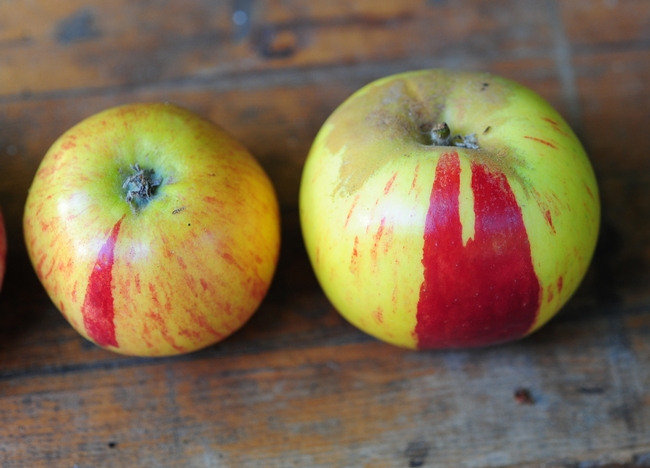 Gravensteins are usually streaked with red, but Nature's paintbrush created this effect. (Photo by Kathy Keatley Garvey)
Tags: apple pie (1), apples (5), Daniel Sumner (6), Paul Vossen (4), Sonoma (2)
Comments: 1
Comments:
by Chuck
on September 14, 2017 at 8:36 PM
they come a-runnin awlright! I have 2 more pies that are for a party tomorrow morning and they aren't gonna make it! Deliciously tart and sweet. I used store bought crust but next time I'm gonna try the homemade crust...I can't wait!
Leave a Reply: