Bug Squad
sitenum=63
Happenings in the insect world
What They Did Is Amazing!

If you like Pokémon, you know the insect connection.

Satoshi Tajiri of Japan, who developed Pokémon, collected insects in his childhood and initially toyed with the idea of becoming an entomologist.

He never forgot his love of insects and showcased them in Nintendo's Pokémon, now the world's second most successful video game-based media franchise, eclipsed only by Nintendo's Mario.

Enter three young entomologists at the Bohart Museum of Entomology, University of California, Davis. What they did is amazing.

They published a humorous take on the evolutionary development and history of the 646 fictional species depicted in the Pokémon media over the last 16 years.

The Pokémon project is the work of Shelomi; Andrew Richards, a junior specialist at the Bohart Museum; and Ivana Li, an entomology student/artist who works part-time at the Bohart.

Oh, wait! There's a fourth author, too--Yukinari Okido, whom Pokémon fans may recognize as the Japanese name of one of the fictional Pokémon professors from the game/TV show, Professor Oak.

How did it all come about?  “I had a lull in my dissertation research and decided to spend the weekends and downtime making this phylogeny,” said Shelomi, who is studying for his doctorate in entomology with Lynn Kimsey, director of the Bohart Museum and professor of entomology at UC Davis.   “It took at least a month to actually collect all the data, which I did manually by scrolling through Pokémon websites.”

“So far, one scientist--a linguist in Japan--has asked for a copy of the dataset to use in a class on phylogram building," Shelomi said, "and he apparently came up with a different tree.”

Want to see the phylogeny? Click on the link or see it at the Bohart Museum, 1124 Academic Surge, Crocker Lane, UC Davis. 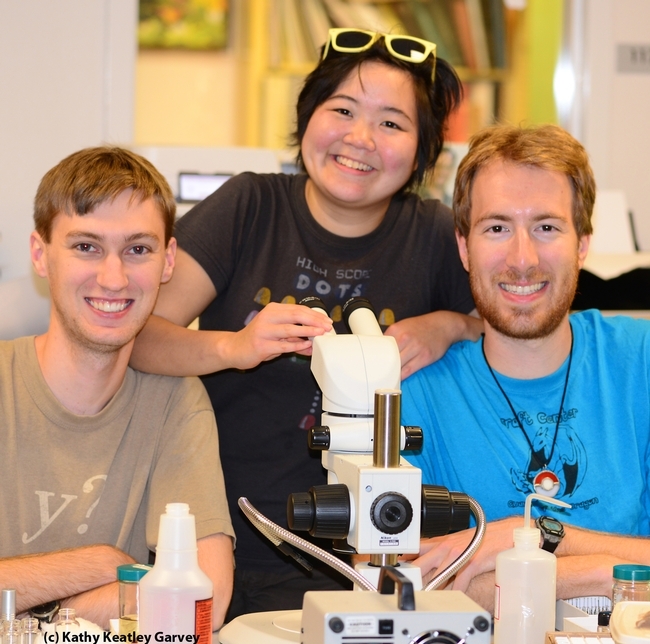