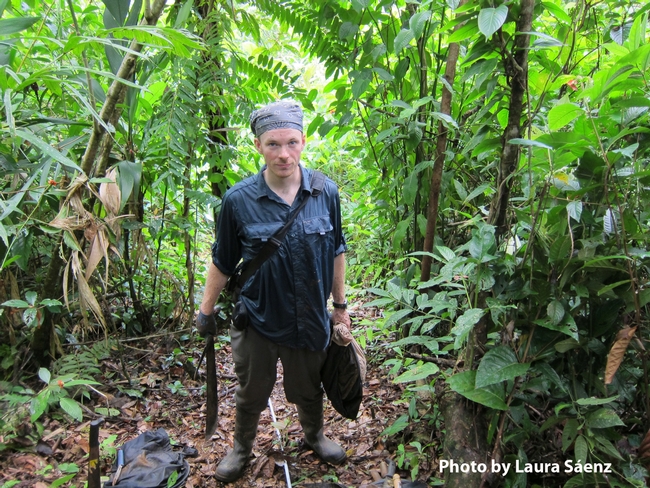 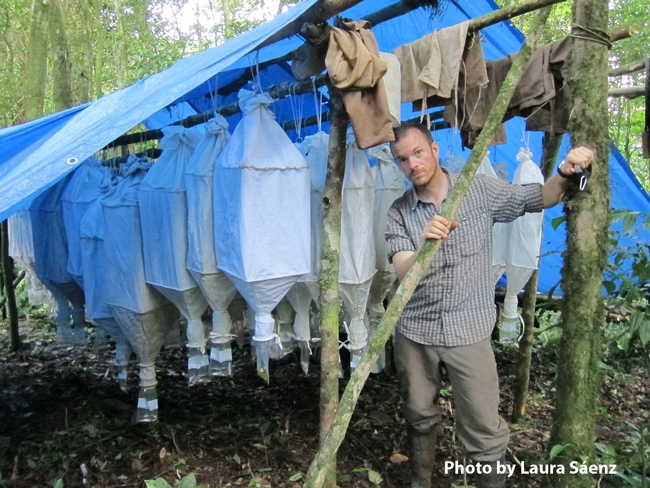 Michael Branstetter with a Winkler hanging structure, which was constructed in the forest by his guide using only a machete. (Photo by Laura Sáenz)
Tags: ants (31), Michael Branstetter (2), seminar (13), Smithsonian Institute (1), Stenamma (2), UC Davis Department of Entomology (97)
Comments: 0
No Comments Posted.
Leave a Reply: