California's dairy operators are struggling with a bleak bottom line as the commodity price for milk has tumbled. According to a story over the weekend in the Fresno Bee, milk prices dropped 50 percent in the last six months, from about $20 for every 100 pounds to about $10. The overall cost to produce milk in California is estimated at $19 per 100 pounds, the story reported.

Bee ag reporter Robert Rodriguez spoke to UC Davis dairy specialist Leslie "Bees" Butler for his perspective on dairies' dismal numbers. He blamed the drop in milk value to dramatic changes in the export market. Australian producers are recovering from a recent drought that had boosted world milk price, the U.S. dollar is stronger and the global recession has reduced demand.

"The export market was booming, literally booming, expanding by 30% to 40%," Butler was quoted. "But all of a sudden that market has dried up."

Milk demand in the U.S. is also declining, Rodriguez wrote.

"And it's not like we are talking huge percentage points. But it does not take a lot to change dairy prices," Butler was quoted. 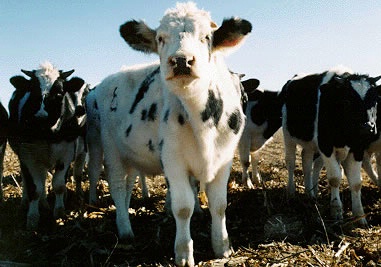