This February there was a four day international conference in Orlando, FL that attracted 467 people from 21 countries, including about 20 from California.  There were 87 oral presentations and over 80 posters that covered all aspects of Huanglongbing, the insect vector (Asian Citrus Psyllid or ACP), disease detection, insect control and monitoring and a whole lot of information on the genome of the bacteria, how it compares to other infectious bacteria and what can be done to exploit its genetics to control the disease.  To learn more, the proceedings and agenda can be found at: http://irchlb.org/hlb/schedule.aspx.

To start off, this is an amazing example of coevolution among a plant, a bacteria and an insect.  It appears that the citrus tree may give off an odor which at low concentrations acts as an attractant, but at higher concentrations is a repellant.  The infected tree also gives off volatile organic compounds (VOCs) that can be used to identify affected trees.  These chemicals are not pheromones which are social odors emitted by some insects which act to affect insect behavior, such as mating or causing aggregation. Being able to use these new odors will allow for better methods of monitoring the insect with lures.  We currently use blunder traps which are not a very good indication of whether there are ACP present.

Currently the most commonly used technique for identifying infected trees is the use of the polymerase chain reaction (PCR) method which is a biochemical technology that identifies the presents of the bacterial DNA.  This method was used on the leaves of trees since that is what the psyllid feeds on and where the bacterial infection starts.  Results have been erratic and inconsistent and often would not give results until many months after the infection started.

The bacteria clog the phloem tissue which carries sugar to the roots and on which the psyllid feeds.  The higher concentration of sugar accelerates the development of the insect and it can lay more eggs.  The bacteria travel down the stem at measured rates of one centimeter per day and accumulate in the root system.  The root tips are the growing points and where the plant directs sugar to feed the new root growth.  It is from the roots that the bacteria go out to all points of the canopy where it can then be picked up by uninfected psyllids which can then go on to find a new tree to feed on.  By measuring root tips, rather than leaves, the detection is more rapid and much more consistent, since the bacteria levels are higher in the tips than the point of infection. Disease detection is now being improved by better understanding of the biology of the infection process and thereby allowing faster determination of whether a treatment works.

The ability to evaluate what treatments work has allowed researchers to determine such things as what rootstocks and scions might be most vulnerable, what spray programs are the most successful and how better to lay out trials.  It turns out that there is an edge effect during a psyllid invasion and that the first affected trees are right on the perimeter.  By focusing spray programs in this area can slow the movement of the insect to the middle of the orchard.

Actual economic control of this pest and disease are still some time away, but with this new understanding of the disease process we will be closer to finding a solution. 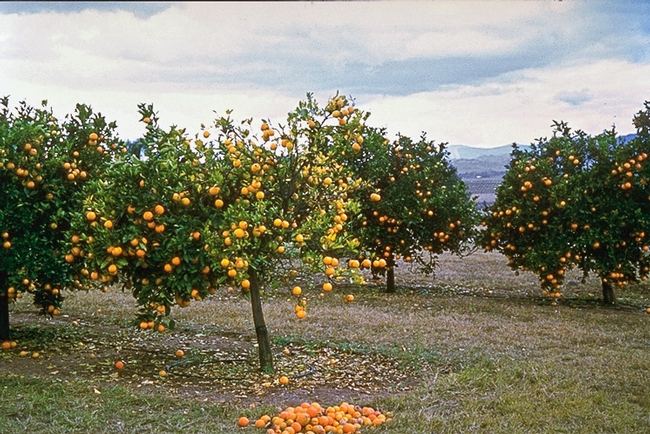