Bug Squad
sitenum=63
Happenings in the insect world
Guess Who Came to Dinner?

A light rainstorm strikes the garden, pummeling and shredding some of the blossoms.

As the rain lets up, a honey bee buzzes into a rock purslane blossom for a sweet shot of nectar.

She is not alone.

If you look closely, you'll see three green aphids on an unopened blossom next to her.

There are, entomologists say, about 450 different species of aphids in California. 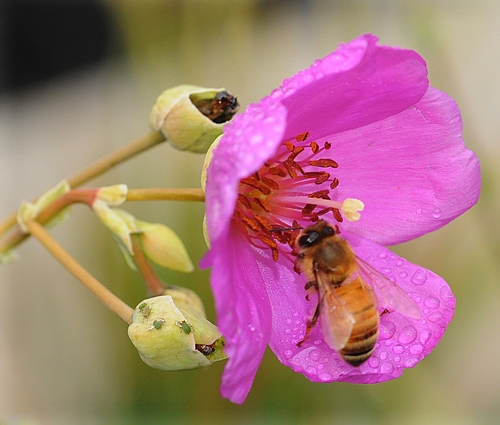 When a sweat bee and a honey bee share the same flower, the size difference is quite distinct.

We took this photo of a honey bee on a rock purslane (Calandrinia grandiflora) blossom.

Above it stood a tiny female sweat bee (probably Halictus tripartitus, according to native pollinator specialist Robbin Thorp, emeritus professor of entomology at the University of California, Davis).

Two bees. Two sizes. One blossom. One native. One non-native. The sweat bee is a native, and the honey bee was brought over here in the 1600s by the European colonists.

Speaking of honey bees, this is the first day to participate in TwitCause. The Häagen-Dazs brand is donating $1 per Tweet (up to $500 per day) today through Nov. 11 to support honey bee research at UC Davis.

Like to support honey bee research at UC Davis? Go to www.twitcause.com. Directions on top of the page detail how to follow, retweet, and help the honey bee cause on Twitter. 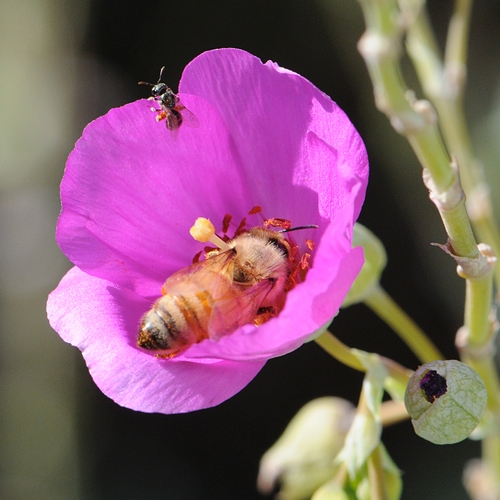 Caught between a rock and a...soft place...

You probably wouldn't wear this color if you were in the federal witness protection program. It shouts "Look at me!"

The old saying that "it's so loud it could stop traffic" applies here.

It certainly stops insect traffic. (The lure, though, is the pollen, not the color.)

Then she crawled to the lip of the flower, peered at her surroundings, and took flight. 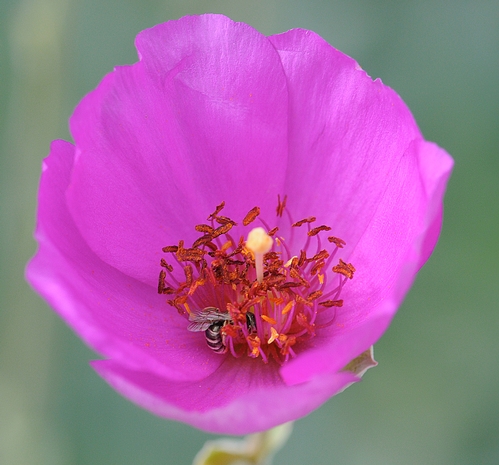 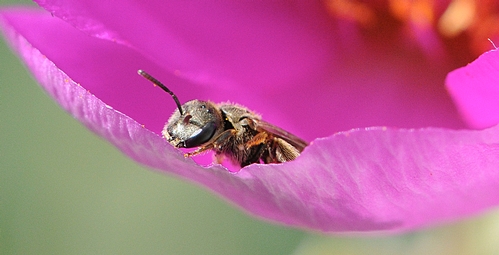 Thunder boomed across the garden.

She headed straight for the slowly opening rock purslane  (Calandrinia grandiflora). Never mind that the petals hadn't quite unfolded.

Tackling the tiny pink blossom, she sipped her fill of nectar, and then, with another thunderous roar, vanished. 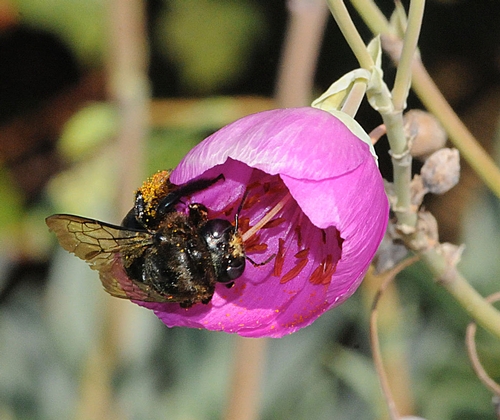 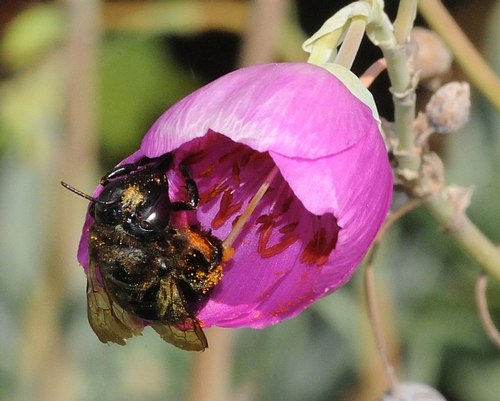 The rock purslane (Calandrinia grandiflora) attracts its share of insects.

As a hover fly (aka syrphid fly or flower fly) gathered nectar, a spider crawled up a leaf of the succulent, presumably to check out the best place to weave a web.

The rock purslane is drought-tolerant and a good plant for xeroscaping.

And perfect for attracting pollinators--and an occasional spider. 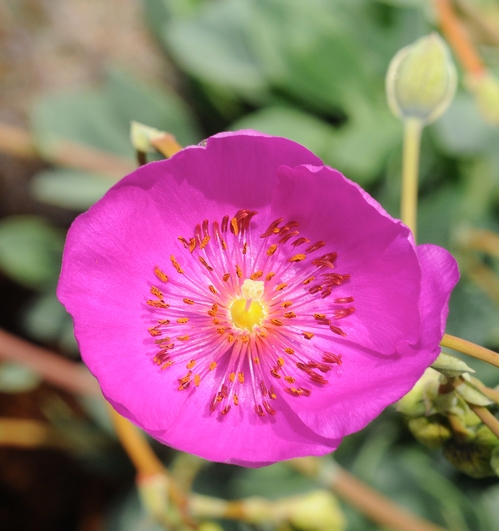 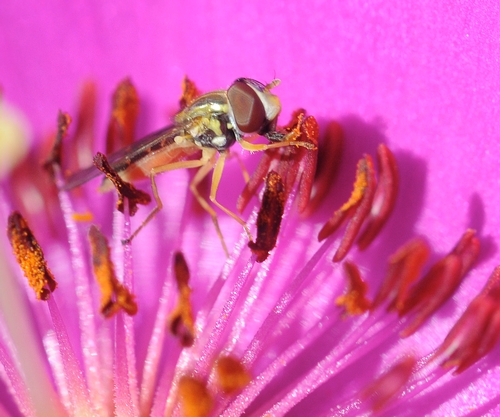 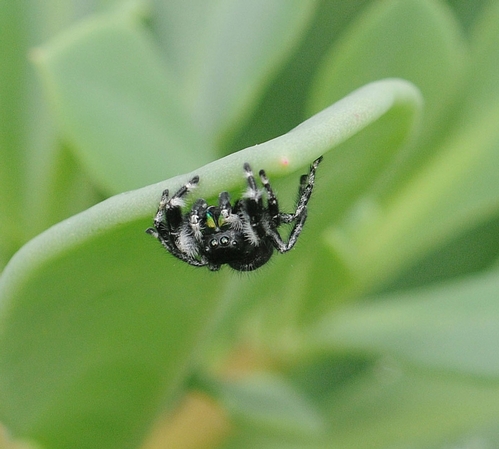