Bug Squad
sitenum=63
Happenings in the insect world
The Science of the Monarch Butterfly: For Graduate Students and Citizen Scientists As Well! But if you're not a graduate student?

If you're a citizen scientist or just someone who wants to know more about this iconic butterfly, you can audit the course--for free, Shapiro says. And you don't need special permission.

In a recent email announcing the course, Shapiro wrote "Many of you know we had a 'Monarch summit' on campus recently to discuss the seemingly dire condition of the West Coast Monarch butterfly population. This seminar will take a broad view of what we do and don't know about Monarch biology, ecology, behavior, and genetics. It can be taken for seminar credit in Population Biology, Ecology, or Geography as it is X-listed."

Note that there's a requirement of graduate students who take the two-unit course: each has to present a seminar.

"People may sit in ("audit") without special permission," Shapiro emphasized.

In his flier, Shapiro wrote:

"You've certainly noticed all the media attention to the possibly endangered western Monarch population. We will address the scientific issues, including

The course will meet on Tuesday nights from 8:10 to 10, starting April 2 in Room 2342 of Storer Hall, located off Kleiber Hall Drive, near the UC Davis police and fire departments. The spring quarter beings March 30 and ends June 15. For more information, contact Shapiro at amshapiro@ucdavis.edu.

The Environmental Defense Fund, in its invitation to the summit, wrote that "The western population of the monarch butterfly has garnered widespread attention because of its dramatic decline in recent decades. The latest population surveys indicate that monarchs overwintering on the central coast have declined 86% since last winter and now total 0.5% of their historical average. Population declines have spurred greater scientific study, funding, and coordination around the western monarch. California legislators appropriated $3 million in funding to the CA Wildlife Conservation Board to establish the Monarch Butterfly and Pollinator Rescue Program."

"Additionally, the Western Association of Fish and Wildlife Agencies released a Western Monarch Butterfly Conservation Plan calling for an additional 50,000 acres of monarch-friendly habitat in the California Central Valley and adjacent foothills by 2029. Join Environmental Defense Fund along with farmers, restoration practitioners, and scientists for an invitation-only workshop to share expert knowledge and identify strategic opportunities for restoring monarch butterfly habitat across the Central Valley. We will discuss important topics including opportunities for monarch habitat in the food production landscape, incentivizing monarch habitat restoration using limited resources, production and distribution of native plants, and other subjects that will put the western monarch butterfly population on the path to recovery. We will use the results of the workshop to inform conservation initiatives and effectively and efficiently allocate funds and resources for optimal conservation outcomes."

Shapiro, one of the invited speakers, has been monitoring Central Valley's butterfly population since 1972 and maintains a website on his research. In his presentation, "What We Don't Know and What We Know That Ain't So About Monarchs," Shapiro commented that "right now, the Monarch is on life support in California, and we are reduced to prescribing placebos." 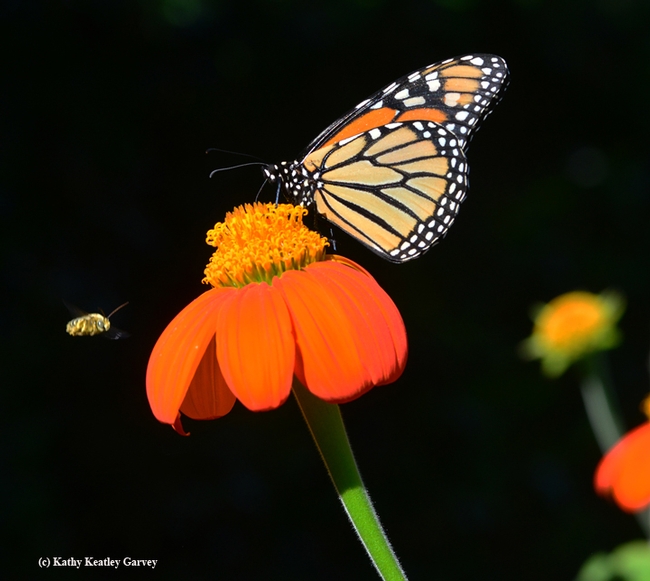 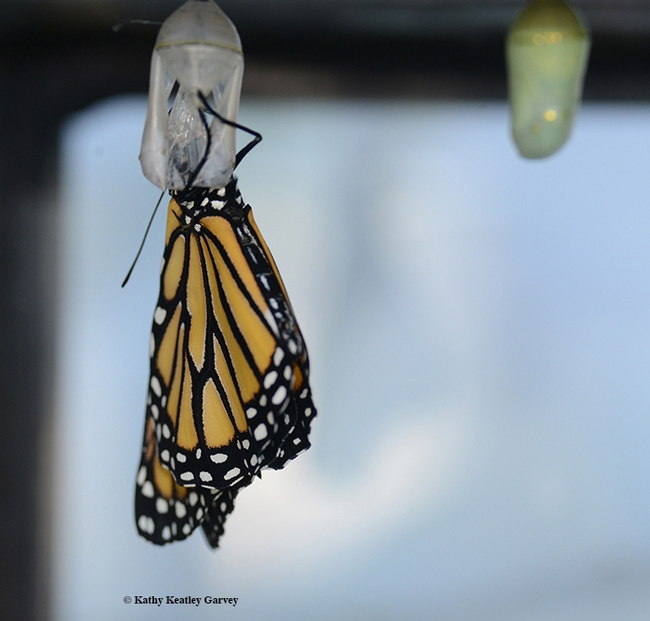 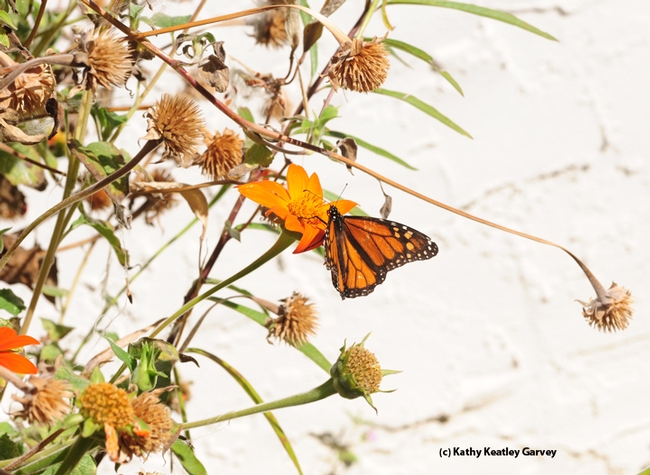 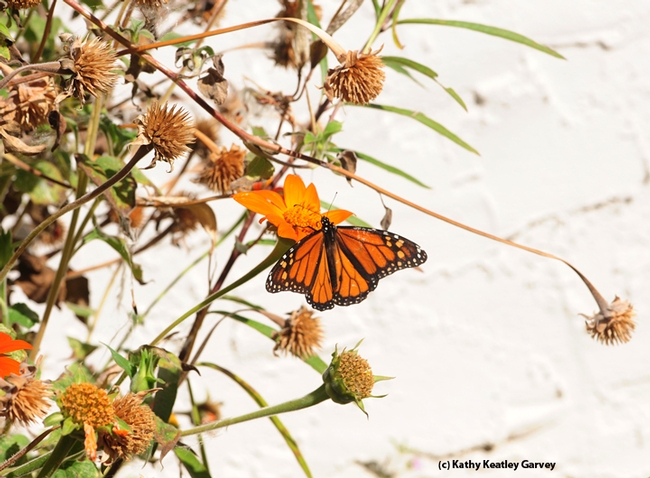 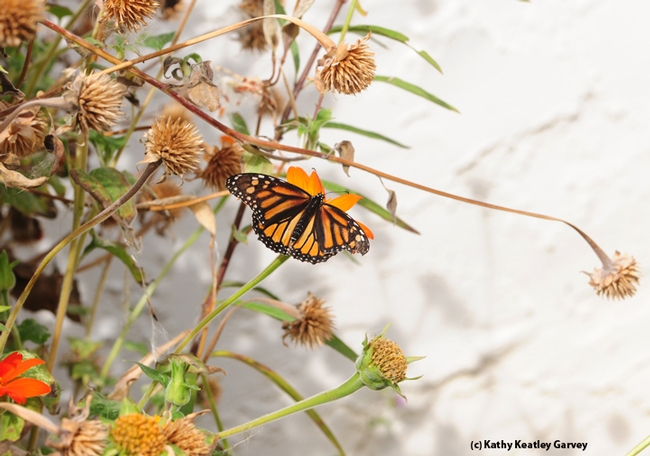 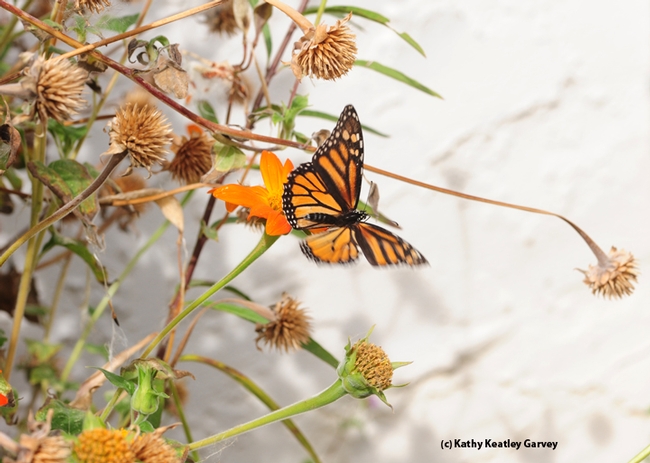 If you see a white cabbage butterfly fluttering by you, net it.

The Pieris Project wants it.

Entomology Today, a publication of the Entomological Society of America, today covered a story about how graduate students (including Sean Ryan of the University of Notre Dame, Indiana, and Anne Espeset, University of Nevada, Reno), are seeking a "global community of citizen scientists" to collect the white cabbage butterfly, Pieris rapae, for their Pieris Project, launched last summer to study invasion biology and species responses to environmental change.

They've already received more than 600 species from "at least half of the United States," and eight other countries, Entomology Today reports.  The butterfly, native to Europe, has spread throughout the world in the last 200 years and is thought to be one of the most widespread and abundant butterflies of them all. It is found on every continent except Antarctica. (Check out the most up-to-date collection map.)

The graduate students want to reconstruct the invasion history and "explore how environmental variation has been shaping the genome and phenotype of this butterfly," according to the article.

Anne Espeset is studying for her doctorate with major professor Matt Forister, whose major professor was Arthur Shapiro, distinguished professor of evolution and ecology at UC Davis. Forister received his doctorate in ecology from UC Davis in 2004.

Here are some of the specifics of the graduate student project:

1) Send them a couple of butterflies from your backyard. Include the date and latitude/longitude coordinates on the envelope. You can find more details at http://www.pierisproject.org. Even though fall is here, depending on where you live, you may be able to catch a few before winter arrives, they point out.

2) Help spread the word by either sharing the project with people you think might be interested in participating or by letting them know of organizations, schools, or any community that might be interested. Email them at pierisproject@ gmail.com.

3) Consider donating to their crowdfunding campaign. They say they have only a few days left to reach their goal, and it's all or nothing, "so we need all the help we can get! One incentive for donating is a 'Backyard Genomics Kit' — a great gift for a budding entomologist — and we also have awesome photographs by the amazing bugographer Alex Wild!" (Wild, a noted insect photographer, received his doctorate in entomology from UC Davis.)

As an aside, the cabbage white butterfly gains notoriety every year in the three-county area of Sacramento, Yolo and Solano, California.  Butterfly expert Arthur Shapiro sponsors an annual contest offering a pitcher of beer for the first butterfly of the year collected in one of the three counties.

The contest is all part of Shapiro's 43-year study of climate and butterfly seasonality. He monitors the many species of Central California butterflies and posts the information on his website, Art's Butterfly World.

Shapiro says the cabbage white "is typically one of the first butterflies to emerge in late winter." Since 1972--the year he launched the "beer-for-for-a-butterfly" contest--the first flight has varied from Jan. 1 to Feb. 22, averaging about Jan. 20. And he usually wins his own contest because he knows where to find them. (See Bug Squad for results of this year's contest.)

Meanwhile, let's all catch some cabbage whites for the Pieris Project. 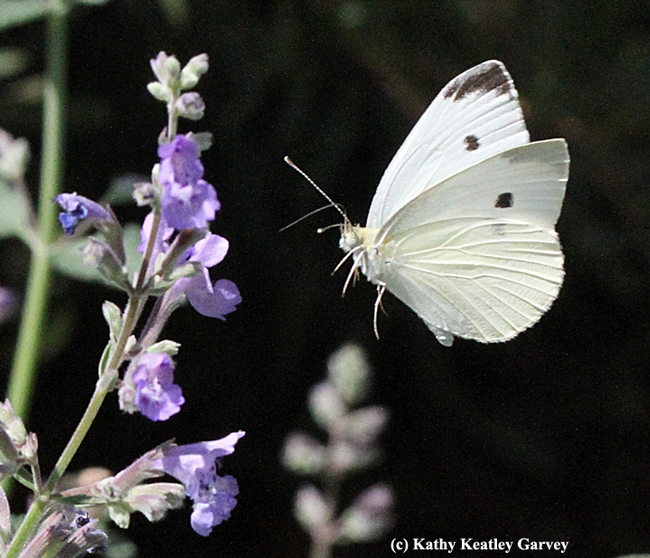