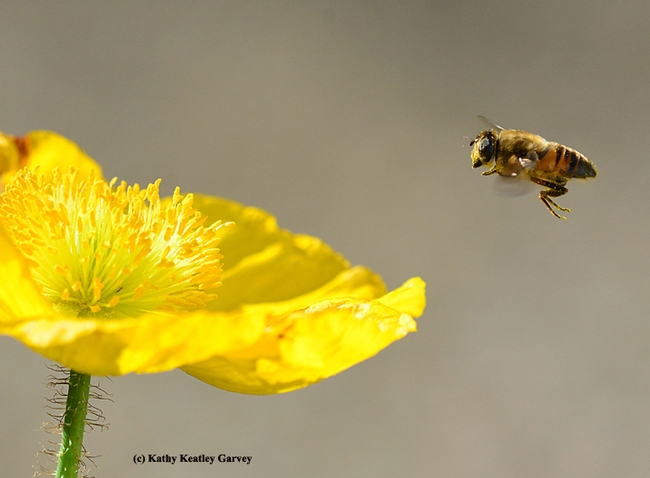 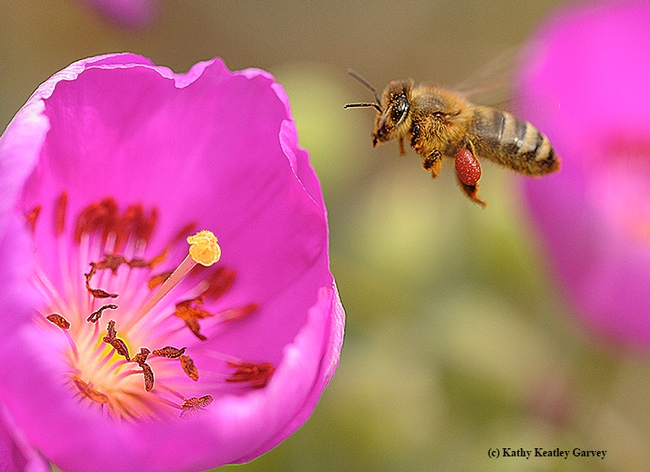 Everyone's talking about the drones.

You know, the unmanned aerial vehicles (UAV). Those flying robots cruising over our heads--some with cameras for journalistic and research purposes and others with "need-to-know" purposes.

But in the entomological world, the word "drone" usually means a male honey bee. Or a fly. A drone fly.

But the larva is known as a rattailed maggot and feeds off bacteria in drainage ditches, manure or cess pools, sewers and the like.

Like a worker honey bee, the adult drone fly is a pollinator and is often mistaken for a honey bee. Unlike a honey bee, however, it has one set of wings, large eyes, stubby antennae, and a distinguishing "H" on its abdomen.

Coming soon to a field near you--a drone (flying robot) and a drone fly (flying fly). Neither causes diseases nor sucks blood. 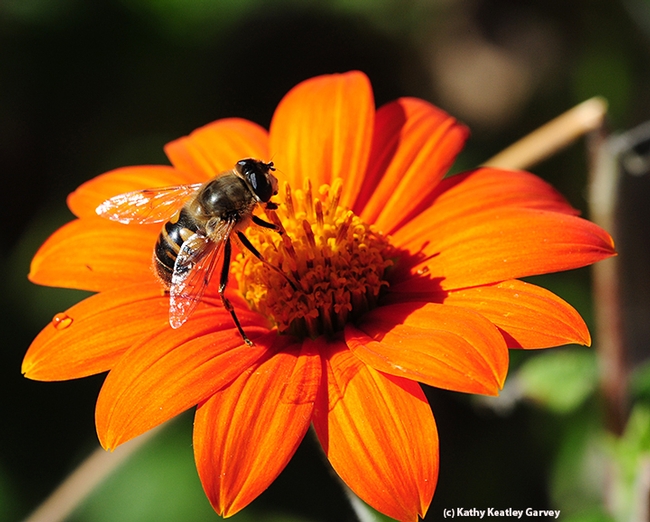 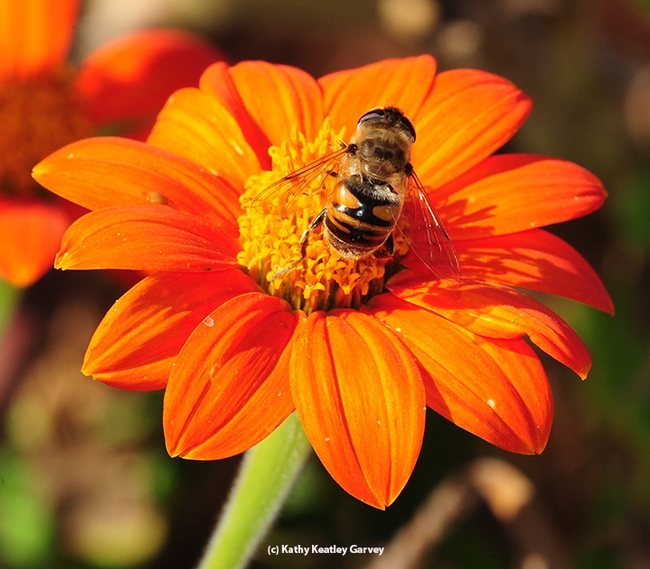 Note the distinguishable "H" on the abdomen on the drone fly, Eristalis tenax. (Photo by Kathy Keatley Garvey) 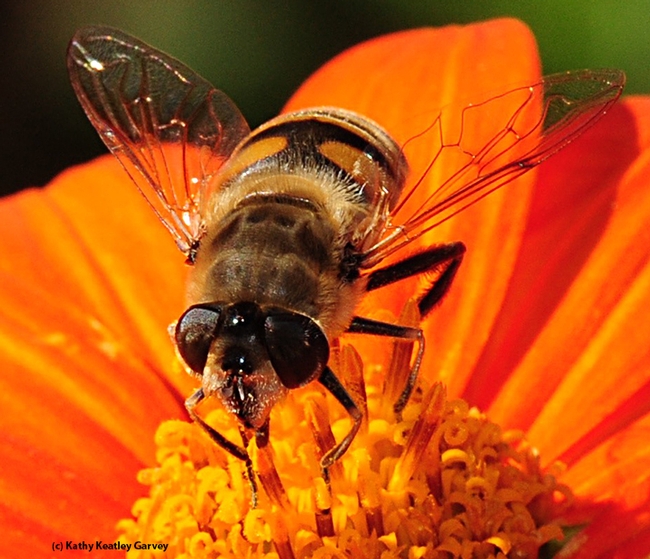 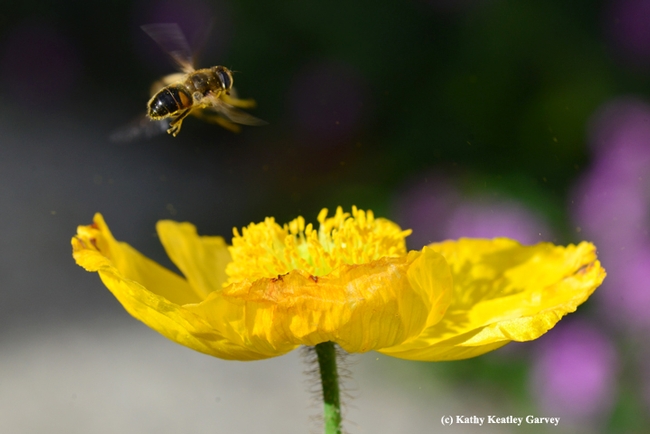 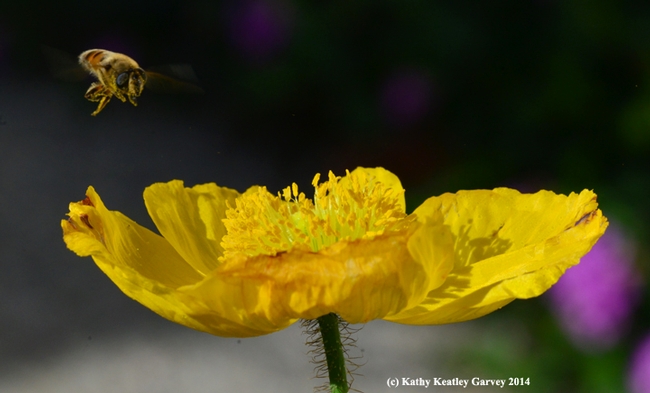 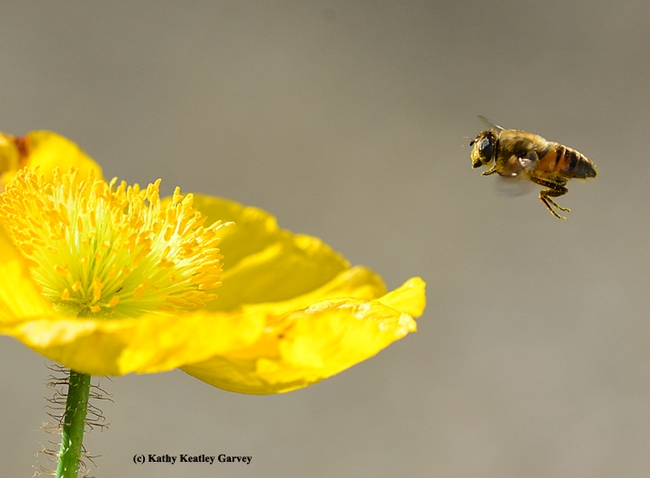 This photo shows why drone flies are pollinators. Check out the pollen. (Photo by Kathy Keatley Garvey)
Tags: drone fly (14), Eristalis tenax (12), Iceland poppy (5), Papaver nudicaule (2)
Comments: 0
A Fly Is a Fly Is a Fly 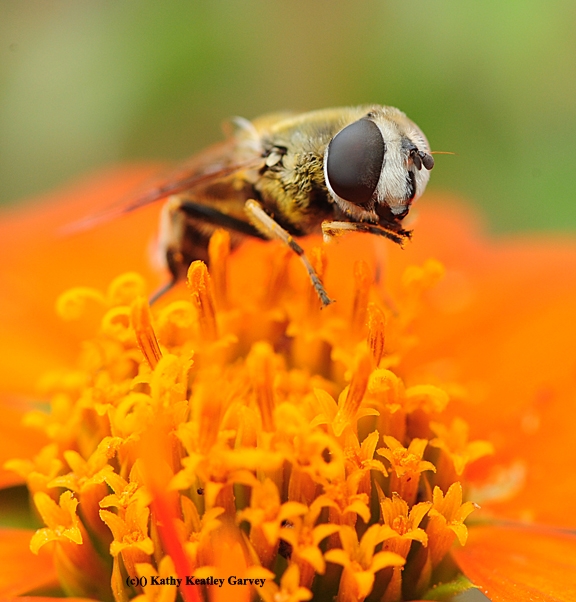 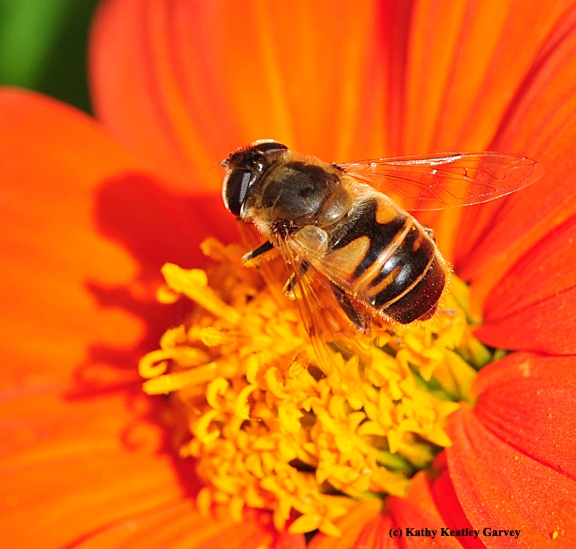 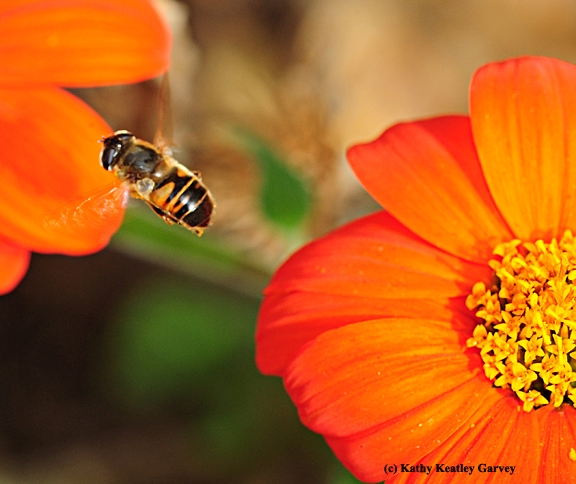 We purchased a "Sparkle and Shine" yellow rose, related to the Julia Child Rose, last May at the rose sale sponsored by the California Center for Urban Horticulture, University of California, Davis. It's drawing quite a bit of attention from insects in our yard.

And not just from honey bees, earwigs and spottted cucumber beetles.

We recently spotted this drone fly (Eristalis tenax) foraging among the blossoms. Startled by the camera movement, it kept flying off, only to return within seconds.

At first glance, non-entomologists would probably identify it as a honey bee. It's a floral visitor, right?

Right. But not all floral visitors are flies, and not all pollination involves bees.

Wikipedia says that in its natural habitat, the drone fly "is more of a curiosity than a problem, and the adults are benficial pollinators."

It's the larva, the red-tailed maggot, that makes some people shudder. The larvae, as Wikipedia says, live "in drainage ditches, pools around manure piles, sewage, and similar places containing water badly polluted with organic matter."

So from a pool around a manure pile to a beautiful Sparkle and Shine yellow rose. Who would have thought? 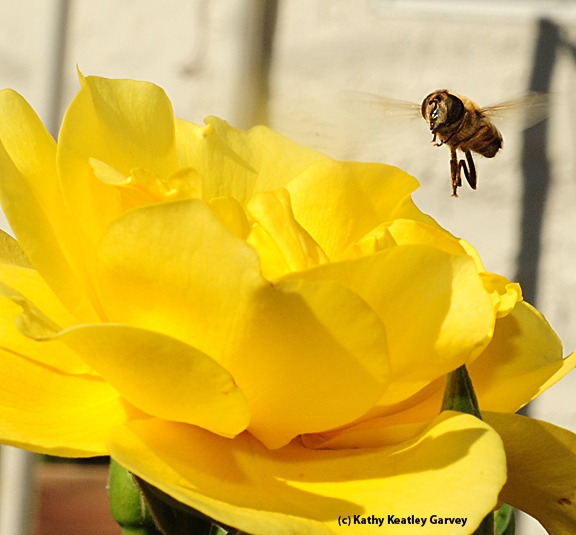 A drone fly heads for a Sparkle and Shine blossom. (Photo by Kathy Keatley Garvey) 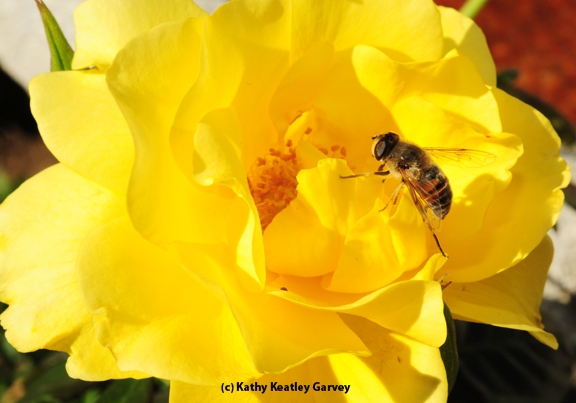 A drone fly prepares for its descent. (Photo by Kathy Keatley Garvey) 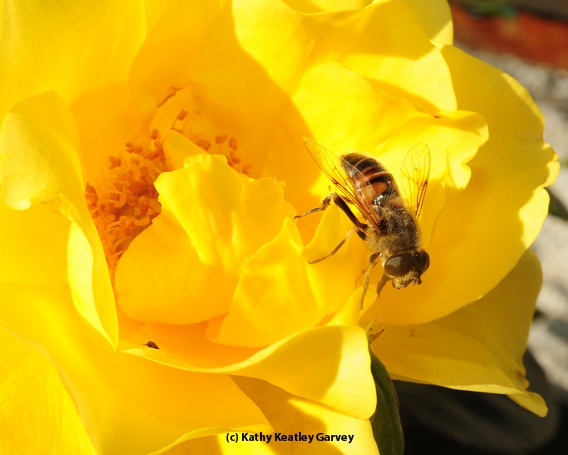