It's a week that we should celebrate every day.

The female was heading toward a purple coneflower, Echinacea purpurea, and then touched down in a "Queen-of-the-Mountain" moment.

This bumble bee species is commonly known as "the yellow bumble bee," according to the co-authors of the newly published Bumble Bees of North America: an Identification Guide, authored by Paul Williams, Robbin Thorp, Leif Richardson and Sheila Colla (Princeton University Press).

So, despite the images of californicus all over the web, including BugGuide.net and discoverlife.org, it and fervidus appear to be the same species. 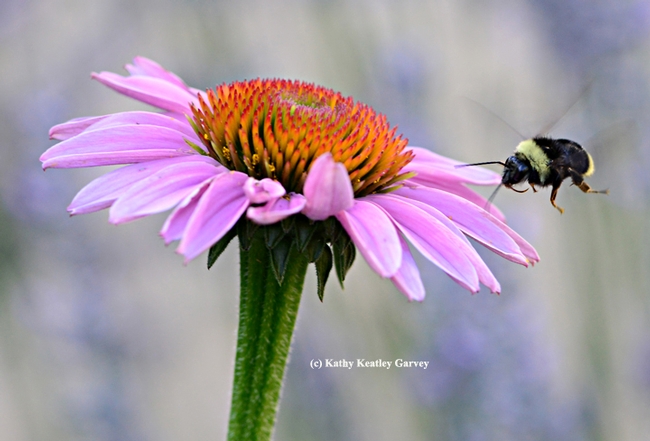 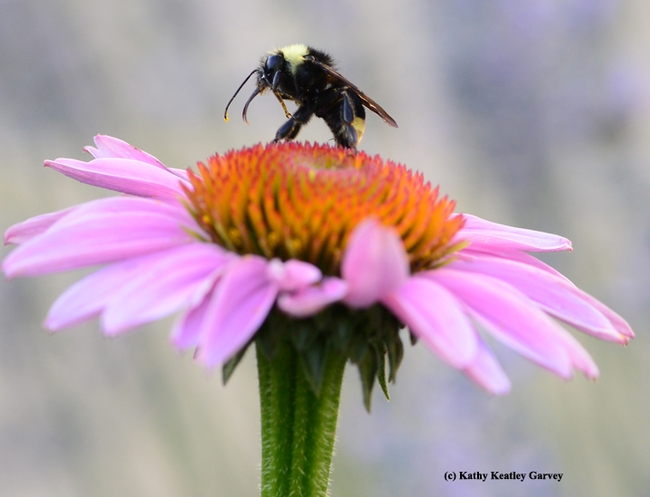