Aphids sucking the juices out of a budding rose. (Photo by Kathy Keatley Garvey)
The lady beetle, aka ladybug, is a veritable eating machine.

Have you ever watched a lady beetle gobble up those pesky aphids? Aphids may look fragile, harmless and sluggish, but wow, can those tiny insects ever suck those juices right out of your budding roses and other plants!

The UC Statewide Integrated Pest Management Program (UC IPM) defines aphids on its website: "Aphids are small, soft-bodied insects with long slender mouthparts that they use to pierce stems, leaves, and other tender plant parts and suck out fluids. Almost every plant has one or more aphid species that occasionally feed on it. Many aphid species are difficult to distinguish from one another; however, management of most aphid species is similar."

"Aphids have soft pear-shaped bodies with long legs and antennae and may be green, yellow, brown, red, or black depending on the species and the plants they feed on," UC IPM says. "A few species appear waxy or woolly due to the secretion of a waxy white or gray substance over their body surface. Most species have a pair of tubelike structures called cornicles projecting backward out of the hind end of their body. The presence of cornicles distinguishes aphids from all other insects."

"Generally adult aphids are wingless, but most species also occur in winged forms, especially when populations are high or during spring and fall. The ability to produce winged individuals provides the pest with a way to disperse to other plants when the quality of the food source deteriorates."

Right. If you look closely, you may see the winged ones. Or see them being devoured.

For lady beetles, this is not about eating just one. it's an all-you-can-eat buffet of hapless prey.  It's like the insect version of a robotic vacuum cleaner or a paper shredder of industrial strength. Or the insect version of Joey "Jaws" Chestnut, the Major League eater who reportedly trains by fasting and by stretching his stomach with milk, water and protein supplements.

Lately we've been watching the multicolored Asian lady beetle, Harmonia axyridis, go about its business of eating aphids. It's a predator with a purpose: 50 to 75 aphids a day.

It doesn't need to train. 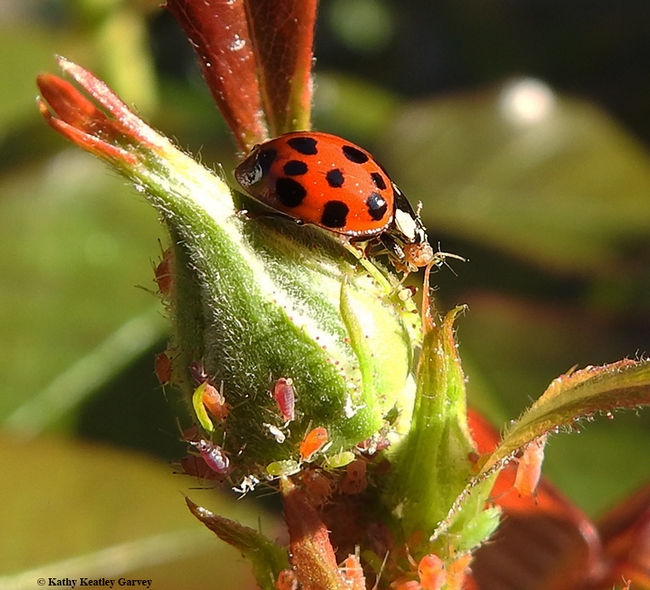 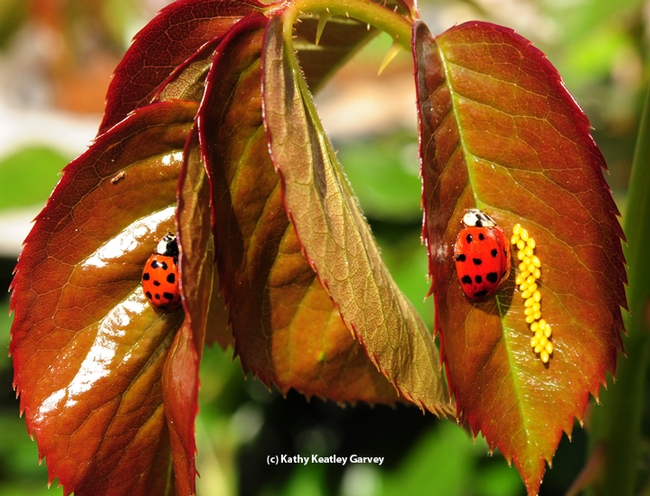 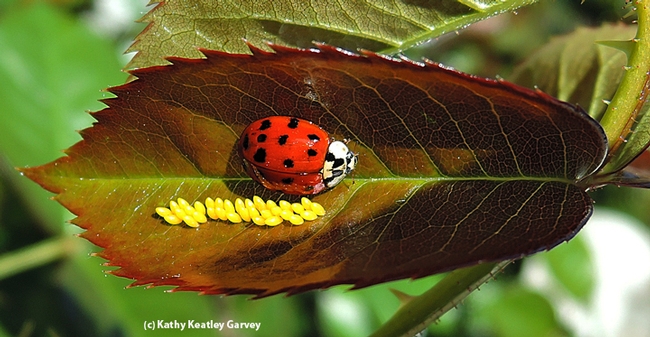 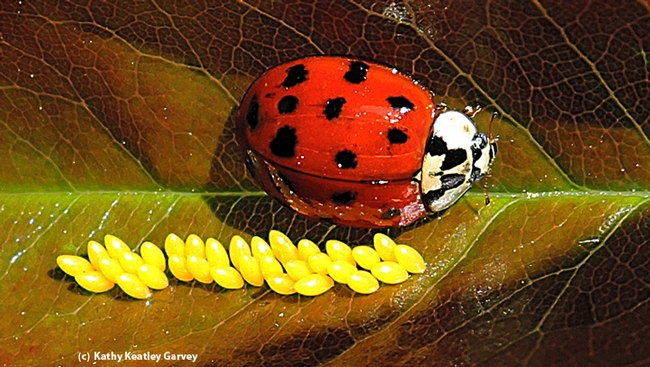