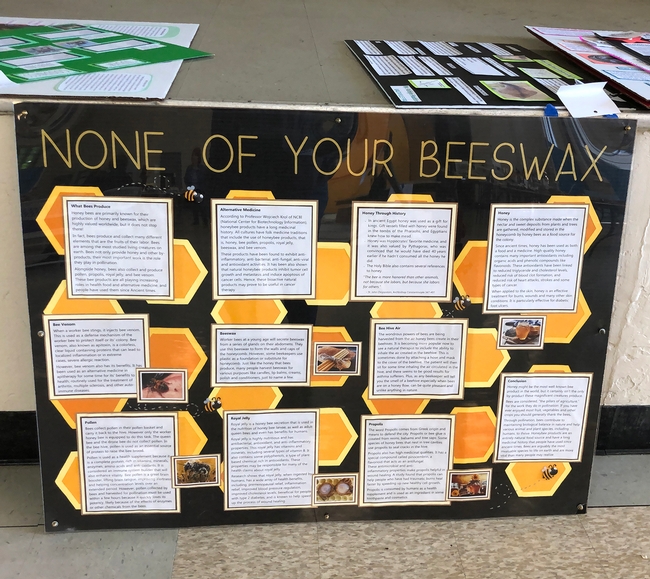 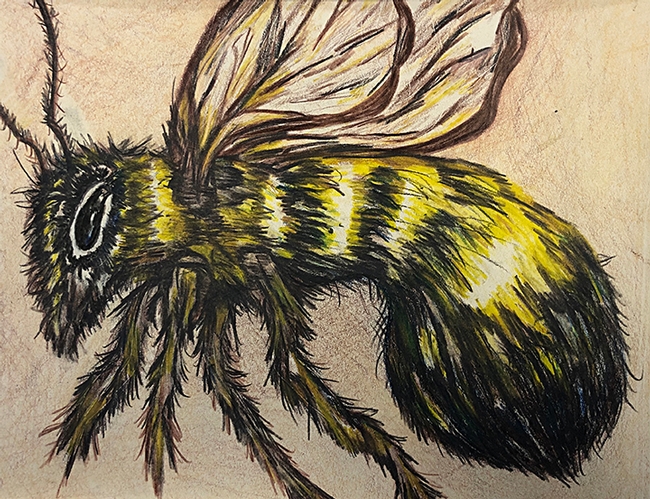 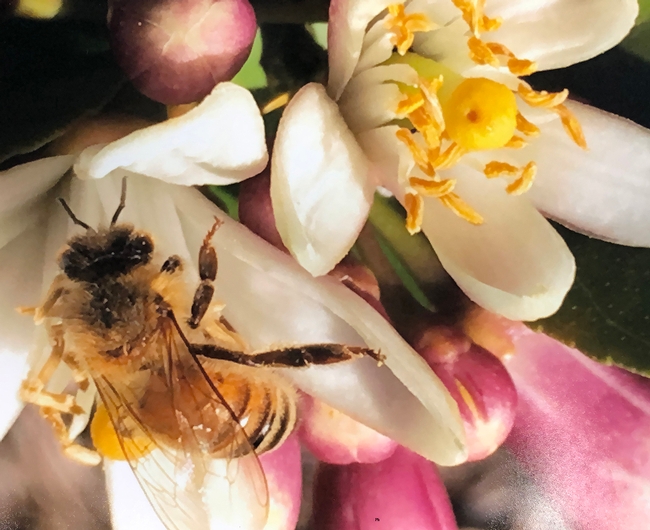 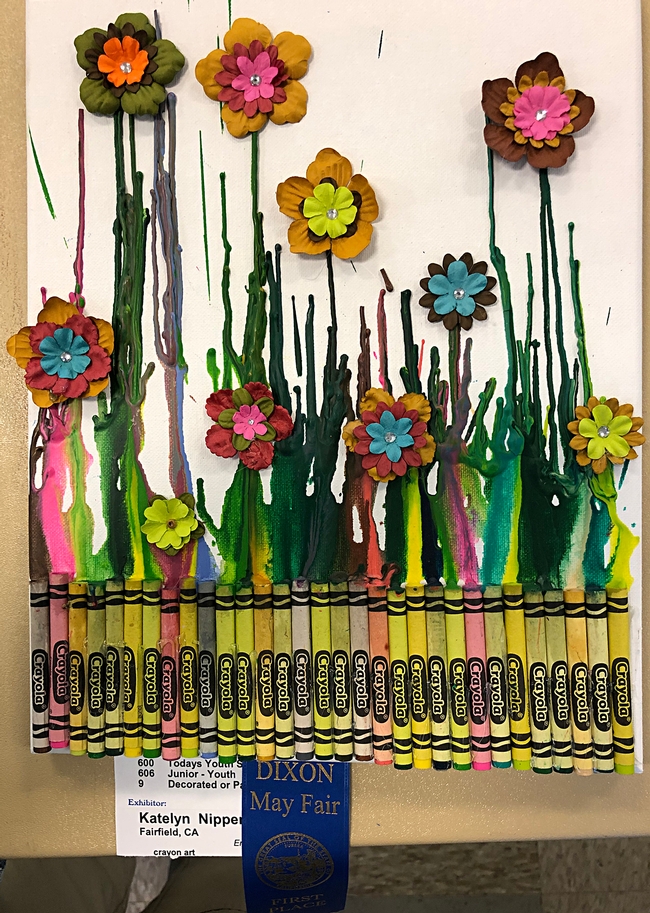 Elizabeth Frost is at wick's end.

When she's not tending the bees at the Harry H. Laidlaw Jr. Honey Bee Research Facility at UC Davis or tending her own bees at home, she loves to make candles.

That would be candles crafted from beeswax, a natural substance that bees produce from their abdominal glands. Bees use the wax as "building blocks" to build combs to rear their young and store honey and pollen.

Candlemakers love the fine quality of beeswax, a product also desired in the cosmetic, health care, food and music industries.  It's used for everything from sealing cheese to glazing fruit, candy and baked goods to polishing shoes and furniture. Your father or his friends probably used it to wax their moustaches. You use beeswax when you apply lip balm or chew gum.

Elizabeth or "Liz," a beekeeper at the Laidlaw facility since January of 2008, works closely with bee breeder-geneticist Susan Cobey, manager of the Laidlaw facility. Her responsibilities include maintaining the apiaries and lab facilities, and aiding Cobey in her queen rearing and instrumental insemination classes.

Liz, who holds a bachelor of arts degree in English and Italian from UC Davis, with a minor in entomology, said she's always loved candles. "Growing up we would visit the Hurd Beeswax Candles in the Wine Country (St. Helena)."

Her favorite molds include bee hives, pine cones, eggs, pillars and tapers. The eggs? "You can add feet to them and make them very creative," she said.

Liz entered the beekeeping world in August 2008 and the candle-making world about a year ago.

If she should light the proverbial candle at both ends, the odds it will be  made of beeswax. 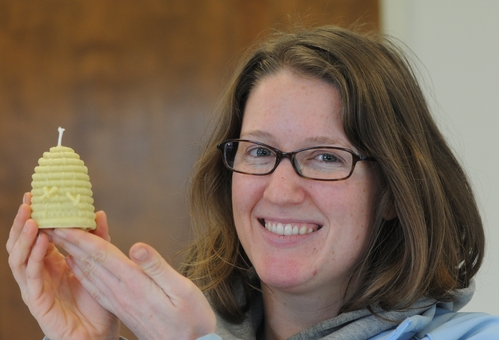 Elizabeth Frost
BEEKEEPER Elizabeth Frost shows a miniature beehive candle she made from beeswax and a little paraffin. (Photo by Kathy Keatley Garvey) 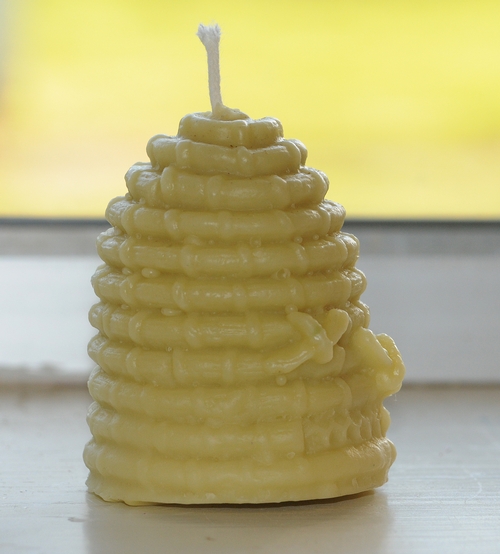