He feuded with fellow entomologists, was a bigamist (married to two wives at the same time) and caused an uproar when a tunnel he dug in a Washington, D.C. alley collapsed in 1924 and some declared it the work of German spies.

All that will come to light on Thursday, April 28 at UC Davis when entomologist Marc E. Epstein talks about his newly published book on Dyar's eccentric life, Moths, Myths and Mosquitoes: The Eccentric Life of Harrison G. Dyar, Jr.

Epstein will present a lecture and book signing from 7:15 to 8:45 p.m., in the International House, 10 College Park, Davis.

The event, free and open to the public, is co-sponsored by Jay Rosenheim, professor of entomology, UC Davis Department of Entomology and Nematology, and by his department. Epstein is a longtime research associate and friend of Rosenheim's.

“As far as how I got into doing research on Dyar, at the onset it was related to my dissertation at University of Minnesota on Limacodidae (family of slug caterpillar moths, so called because their caterpillars bear a distinct resemblance to slugs),” Epstein said. A slug caterpillar moth (Photo by Maretha van Heerden, Courtesy of Wikipedia)
“I found that he had done a lot with these moths in the 1890s. When I visited DC and later moved there, whenever I'd mention Dyar, folks would tell me stories of the two families, the tunnels connecting them, etc. This led to me meeting the Smithsonian historian Pamela Henson, and soon after I realized that Dyar, while working on many families of moths, mosquitoes, sawflies, etc, had a special affinity for Limacodidae: he had named a species after each wife, the first well after the last!”

This led to Epstein and Henson to writing the American Entomologist article “Digging for Dyar: the Man behind the Myth.”

“Since the article appeared in 1992 I've accumulated a lot more information about Dyar, his genealogy, and even more significant connections between him and his favorite moths,” Epstein said.

The book, published by Oxford University Press, will be available for purchase at Epstein's talk.

Epstein is a senior insect biosystematist for the order Lepitopdera (butterflies, moths) with the Plant Pest Diagnostics Branch, California Department of Food and Agriculture. He is a research associate for the National Museum of Natural History (NMNH), Smithsonian Institution.

Harrison G. Dyar Jr. (1866-1929) was a Smithsonian entomologist of the early 20th century. He was a taxonomist who published extensively on moths and butterflies, mosquitoes, and sawflies. As a teenager, he studied insects, particularly moths. He received his bachelor's degree in chemistry in 1889 from the Massachusetts Institute of Technology, and his master's degree in biology from Columbia University in 1894. His doctoral dissertation (1895) dealt with airborne bacteria in New York City.

Oxford University offers this description of Moths, Myths and Mosquitoes:

"On September 26, 1924, the ground collapsed beneath a truck in a back alley in Washington, D.C., revealing a mysterious underground labyrinth. In spite of wild speculations, the tunnel was not the work of German spies, but rather an aging, eccentric Smithsonian scientist named Harrison Gray Dyar, Jr. While Dyar's covert tunneling habits may seem far-fetched, they were merely one of many oddities in Dyar's unbelievable life."

"For the first time, insect biosystematist Marc E. Epstein presents a complete account of Dyar's life story. Dyar, one of the most influential biologists of the twentieth century, focused his entomological career on building natural classifications of various groups of insects. His revolutionary approach to taxonomy, which examined both larval and adult stages of insects, brought about major changes in the scientific community's understanding of natural relationships and insect systematics. He was also the father of what came to be known as Dyar's Law, a pragmatic method to standardize information on insect larval stages as they grow. Over the course of his illustrious career at the U.S. National Museum, Smithsonian Institution from 1897-1929, Dyar named over 3,000 species, established the List of North American Lepidoptera, an unrivaled catalog of moths and butterflies, and built one of the nation's premier Lepidoptera and mosquito collections."

Epstein researches and writes on evolution and classification of moths and their biodiversity, and develops identification tools for moths that threaten agriculture. He served with NMNH's Department of Entomology (1988-2003), co-founding the department's Archives and Illustration Archives. He received his master's degree (1982) and doctorate (1988) from the University of Minnesota.

For more information on the April 28th event, contact Jay Rosenheim at jarosenheim@ucdavis.edu. 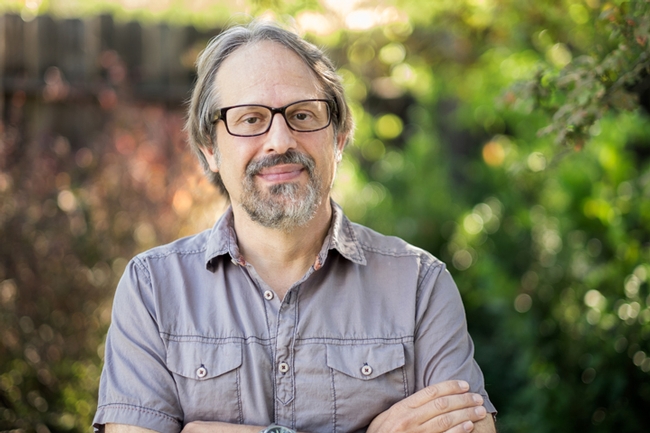