Bug Squad
sitenum=63
Happenings in the insect world
'Twas the Night Before Chrysalis...

'Twas the night before Christmas when all through the house
Not a creature was stirring, not even a mouse
--Clement Clarke Moore

We never tire of hearing that immortal poem, but this year let's offer another version:
'Twas the night before chrysalis when all through the land
Not a monarch was stirring, can you give us a hand?

That's because those iconic monarchs, Danaus plexippus,  are in trouble.

"An epic migration, on the verge of collapse," says the Xerces Society for Invertebrate Conservation on its website.

"In the 1990s, nearly 700 million monarchs made the epic flight each fall from the northern plains of the U.S. and Canada to sites in the oyamel fir forests north of Mexico City, and more than one million monarchs overwintered in forested groves on the California Coast. Now, researchers and citizen scientists estimate that only a fraction of the population remains, a decline of more than 80% has been seen in central Mexico and a decline of 97% has been seen in coastal California."

Statistics show that 10 million monarchs overwintered in coastal California in the 1980s. The latest count this year: about 300,000. They seem to be as scarce as goodwill on earth.

There are some things we can do:

'Twas the night before chrysalis when all through the land
Not a monarch was stirring, can you give us a hand? 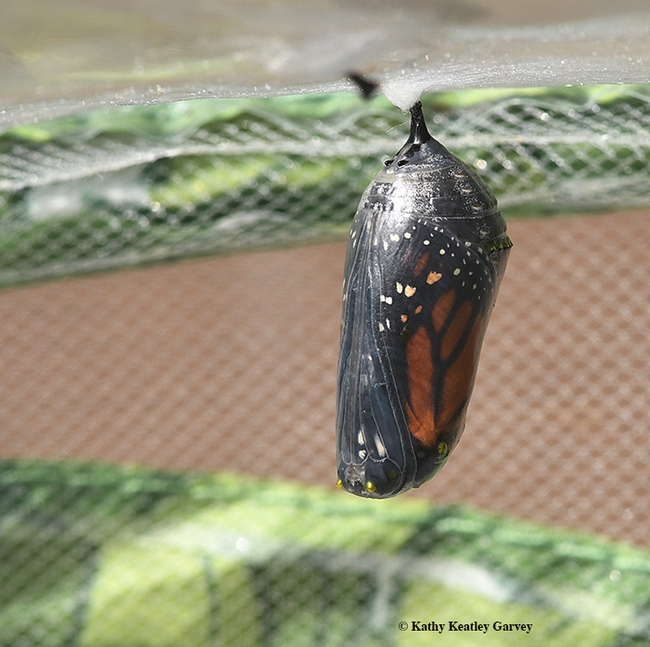 A monarch chrysalis hangs like an ornament. (Photo by Kathy Keatley Garvey) 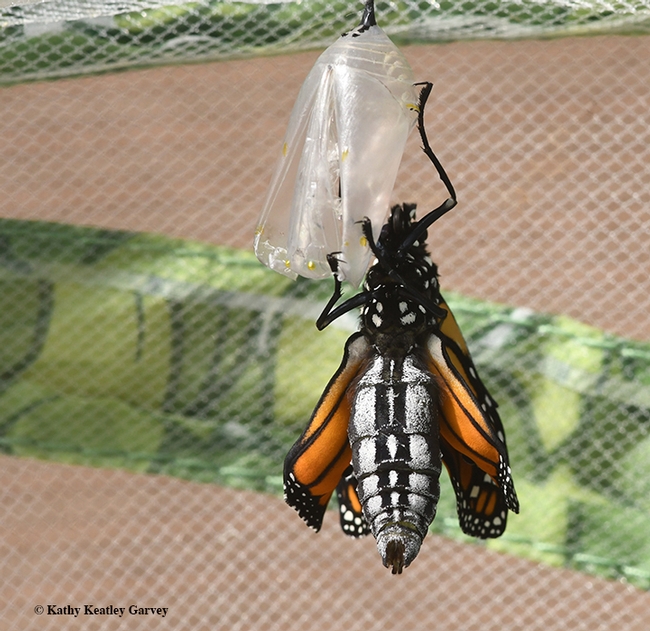 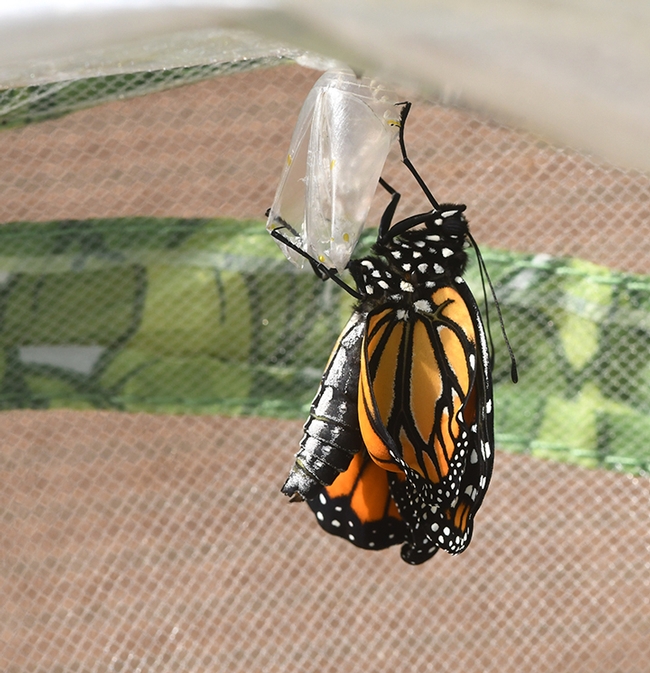 The monarch wiggles around and soon will dry its wings and take flight. (Photo by Kathy Keatley Garvey) 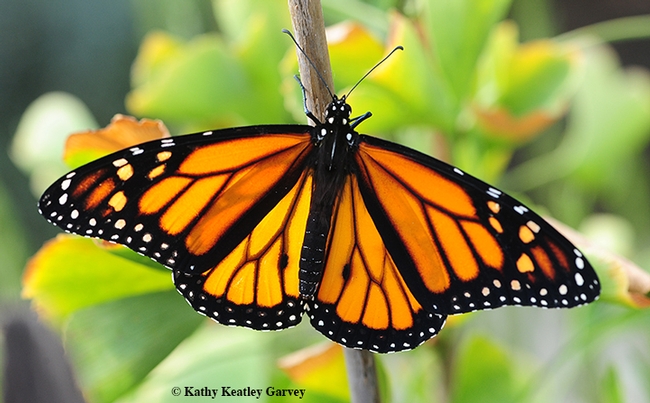