They're among the good guys in the garden because they eat aphids and other soft-bodied insects.

We've seen them on the lavender, on our nectarine tree and on our plum tree. Last weekend, a single soldier beetle (family Cantharidae) winged its way to our patch of rock purslane (Calandrina grandiflora).

It dropped down and sat on the bud of a rock purslane, looking for all the world like a frog on a lily pad or a toad on a toadstool or a king on his throne.

Or, maybe this soldier beetle was really a general surveying his troops. 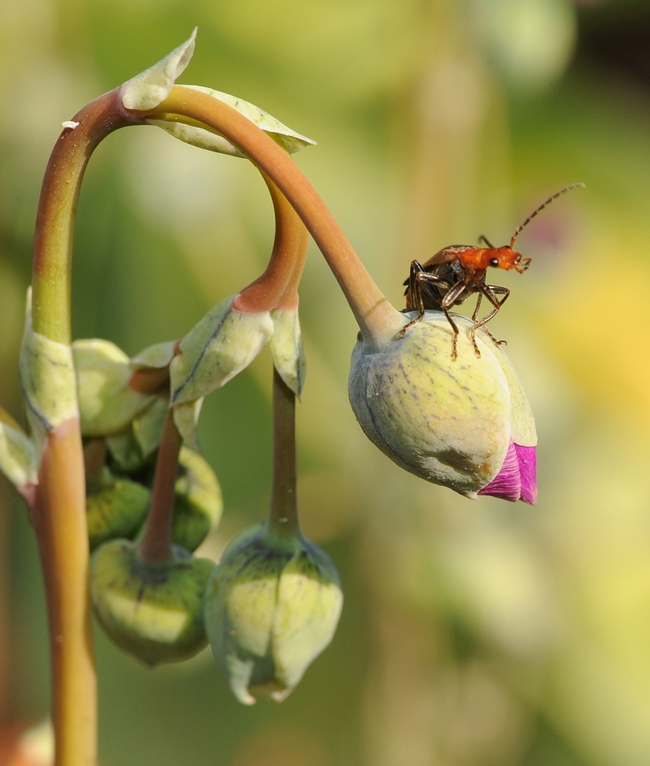 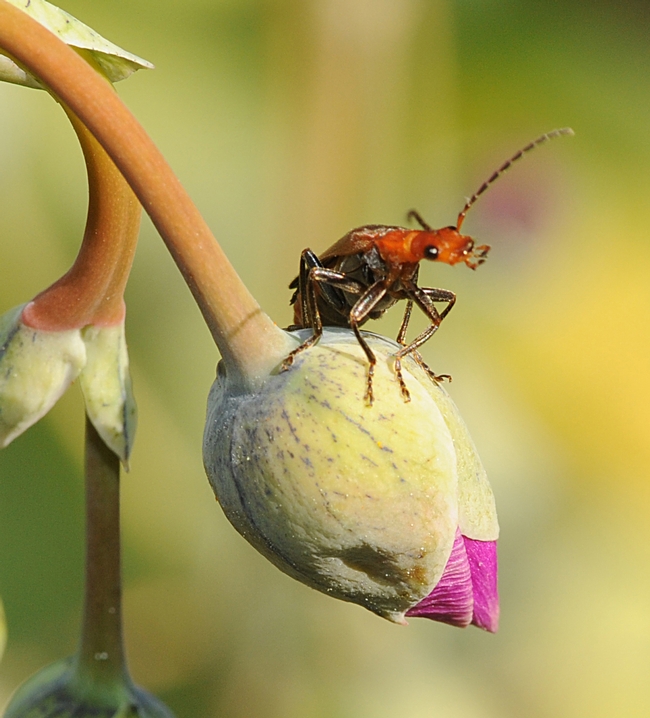