The distinction recognizes outstanding Senate faculty who have achieved the highest level of scholarship. "These are scholars whose work has been internationally recognized and whose teaching performance is excellent," according to the website.

RSPIB aims to provide academically strong and highly motivated undergraduates with a multi-year research experience that cultivates skills that will prepare them for a career in biological research. The annual deadline for undergraduates to apply is April 10. The distinction recognizes outstanding professors who have achieved the highest level of scholarship, in that they are globally recognized for their research and also known for their excellence in teaching.  The UC Davis Department of Entomology and Nematology has four other distinguished professors: nematologist Howard Ferris and entomologists Bruce Hammock, Frank Zalom and Thomas Scott.

Carey, whose work spans four decades, is considered the world's foremost authority on insect demography; a worldwide authority on the demography and invasion biology of tephritid fruit flies, particularly the Mediterranean fruit fly; and a preeminent authority on biodemographics of human aging and lifespan. He is also a pioneering force advocating the educational use of digital video technology, work that he is sharing throughout much of the state, nation and the world.

For 10 years, Carey served as the principal investigator and director of the multidisciplinary, 11-institution, 20-scientist program “Biodemographic Determinants of Lifespan,” which received more than $10 million in funding from the NIH/NIA from 2003 to 2013.

Carey has published more than 200 scientific papers and three books on arthropod demography, including the monograph Longevity (Princeton, 2003) and the “go-to” book on insect demography, Demography for Biologists with Special Emphasis on Insects (Oxford, 1993). His landmark paper on “slowing of mortality at older ages,” published in Science in 1992 and cited more than 350 times, keys in on his seminal discovery that mortality slows at advanced ages. The UC Davis College of Agriculture and Environmental Science cited this as one of “100 Ways in Which Our College Has Shaped the World.”

In his quest for developing concepts for estimating the age structure of insect populations, Carey discovered a new analytical property of life tables--known in demographic circles as Carey's Equality--that the death distribution in a life table population equals its age structure.  It is a unique property of the life table that connects it to a stationary population. Scientists consider the discovery remarkable for two reasons: first, that it was unknown despite the 150-year history of the life table, and second, that it was discovered by an entomologist and not by any of the thousands of mathematicians, demographers or actuaries that study and apply them.

His groundbreaking paper documenting medfly establishment in California (Science 1991) generated what scientists described as much-needed discussion within the entomological community about definitions of eradication, the concept of subdetectable levels of invasive pests, and the need for a paradigm shift in invasion biology of economically and medically important arthropod pests.

Carey also is known for his involvement with the light brown apple moth eradication in northern California, testifying to the California Legislature, California Assembly Agriculture Committee, California Senate Environmental Quality Committee, San Francisco Board of Supervisors, California Roundtable for Agriculture and the Environment, Senator Migden hearings, Nancy Pelosi staff meetings, and California Senate Committee on Food and Agriculture. For his work involving the light brown apple moth,  Carey was named “Hero of the San Francisco Bay” in 2008 by the San Francisco Bay Guardian along with botanist Daniel Harder, executive director of the UC Santa Cruz Arboretum, and horticulturist Jeff Rosendale, who operates a nursery in Soquel.

Carey chaired the systemwide UC Committee on Research Policy and served on the system-wide UC Academic Council.  He currently chairs the 2014-15 Education Technology subcommittee of UC Davis Campus Council for Information Technology (CCFIT), which provides advice and recommendations to key UC Davis administration on educational and information technology and its use at UC Davis in support of instruction, research, administration and public service/

Another highlight of his digital technology work is his key role as an advisor of the nine-university CARTA (Consortium for Advanced Research Training in Africa). He recently delivered presentations in two African counties on the use of the digital technology in research, teaching and outreach.   He was the only invitee from the United States to participate in the workshops, one held in Nairobi, Kenya in March 2014 and the other in Kampala, Uganda in July 2014.

An innovative teacher and scientist, Carey this year received a UC Davis Academic Senate Distinguished Teaching Award and the C. W. Woodworth Award, the highest honor given by the Pacific Branch of the Entomological Society of America (ESA), for outstanding accomplishments in entomology.

In his teaching and/or digital technology projects, Carey

In addition, Carey has presented more than 250 seminars in venues all over the world, from Stanford, Harvard, Moscow, Beijing to Athens, London, Adelaide and Okinawa.  He serves as associate editor of three journals Experimental Gerontology, Demographic Research and Genus.

A former vice chair of the UC Davis Department, the distinguished professor is a senior scholar at the Center for the Economics and Demography of Aging at UC Berkeley, and a fellow of four professional societies across several disciplines: the Entomological Society of America, the American Association for the Advancement of Science, the Gerontological Society of America, and the California Academy of Sciences. 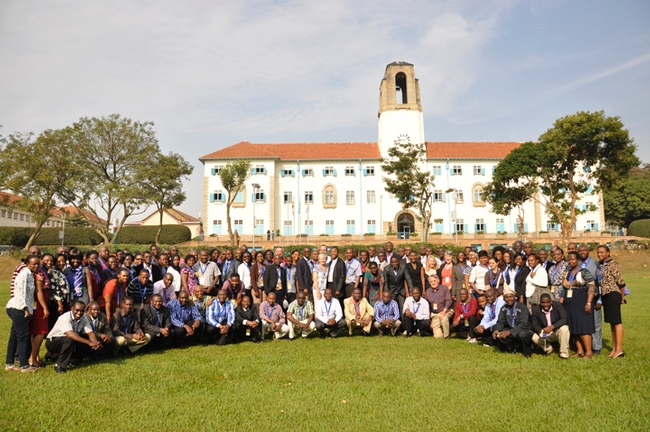