“Most current control methods rely on chemical nematicides, but their use is increasingly limited due to environmental concerns,” wrote Siddique and colleague Clarissa Hiltl of the University of Bonn, Germany, in a newly published News and Views column, “New Allies to Fight Worms,” in the scientific journal Nature Plants.

It's better to build up the host plant's immune system rather than directly target the pathogen with chemical nematicides which “are highly toxic and have negative effects on the ecosystem,” declared Siddique, an assistant professor in the UC Davis Department of Entomology and Nematology.

“Plant-parasitic nematodes are among the world's most destructive plant pathogens, causing estimated annual losses of $8 billion to U.S. growers and of nearly $78 billion worldwide,” he  said.

In their article, Siddique and Hiltl analyzed research published by WSU Department of Pathology scientists Lei Zhang and Cynthia Gleason who demonstrated the effective use of Peps to combat root-knot nematodes in potato (Solanum tuberosum). The WSU scientists engineered a bacteria, Bacillus subtillis, to secrete the plant-defense elicitor peptide StPep1. Pre-treatment of potato roots “substantially reduced root galling, indicating that a bacterial secretion of a plant elicitor is an effective strategy for plant protection,” the Zhang-Gleason team wrote.  (See article.)

Earlier scientists discovered that Peps could effectively manage nematodes in soybeans. Unlike the seed-grown soybeans, however, potatoes grow from small cubes of potatoes known as seed potatoes. 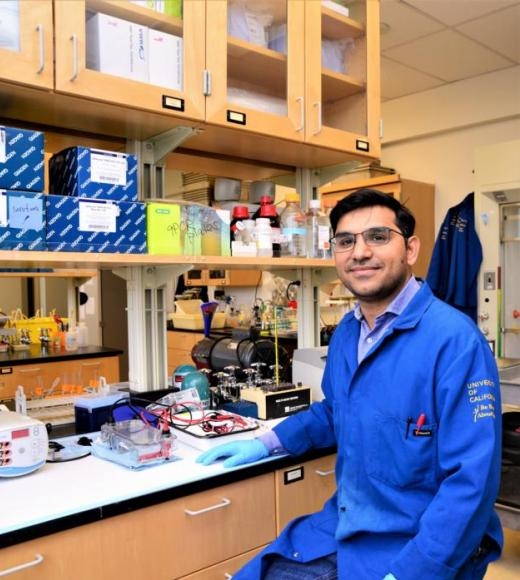