UC Davis Provost and Executive Vice Chancellor Ralph Hexter welcomes the crowd. (Photo by Kathy Keatley Garvey)
Page received a $1000 check, and a plaque is forthcoming. He will deliver a presentation on his research at the November UC Davis Brainfood Talk.

The chancellor introduced Greenwood as having “a highly distinguished career as a researcher and leader in higher education. “She was the first woman to serve in all of her leadership positions, including 14th president of the University of Hawaii, chancellor of UC Santa Cruz; and dean of Graduate Studies at UC Davis. An expert on obesity and diabetes, Dr. Greenwood most recently served as director of Foods for Health Initiative. She is also a distinguished professor emerita of nutrition and a current fellow of the National Academy of Arts and Sciences.”

“Our emeriti and retirees are a remarkable group of individuals,” Greenwood said. “A recent survey of the continuing teaching, research, mentoring and service for the entire University of California….showed that the collective continuing contributions of our academic retirees is the equivalent of an 11th campus—an 11th UC campus. So please let me please let me offer my congratulations to all of you who continue to help this magnificent campus. So give yourself a hand.” 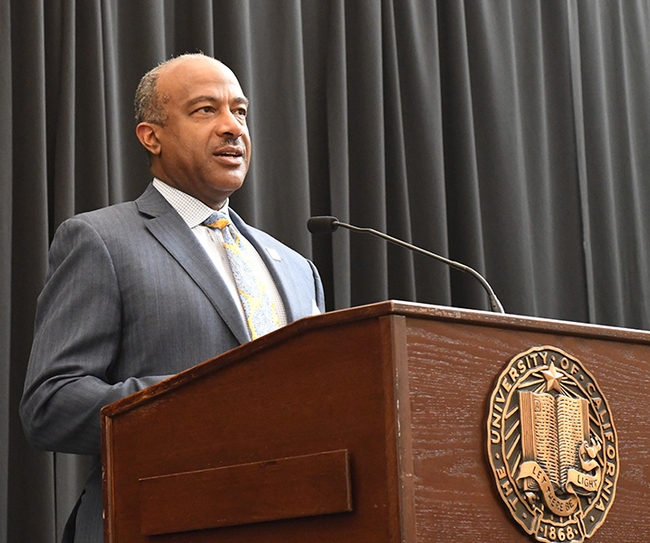 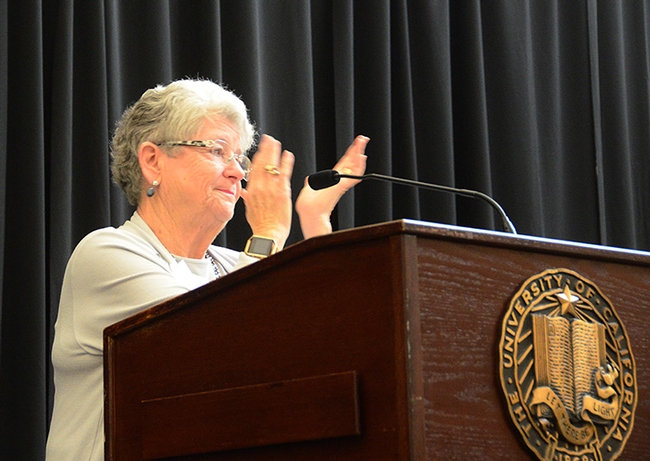 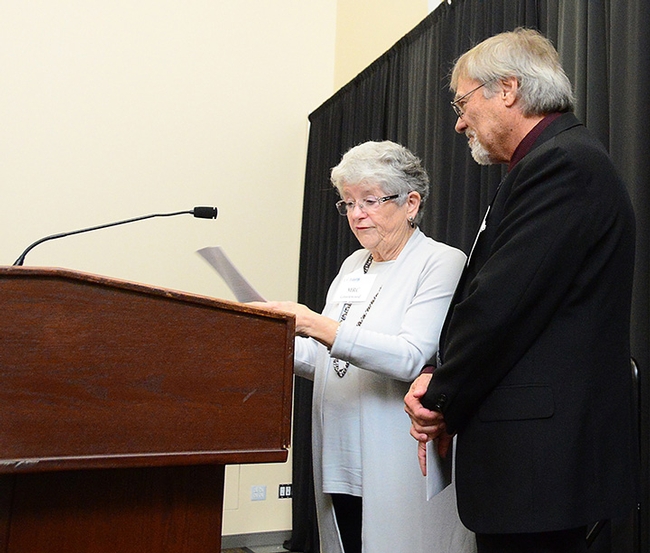 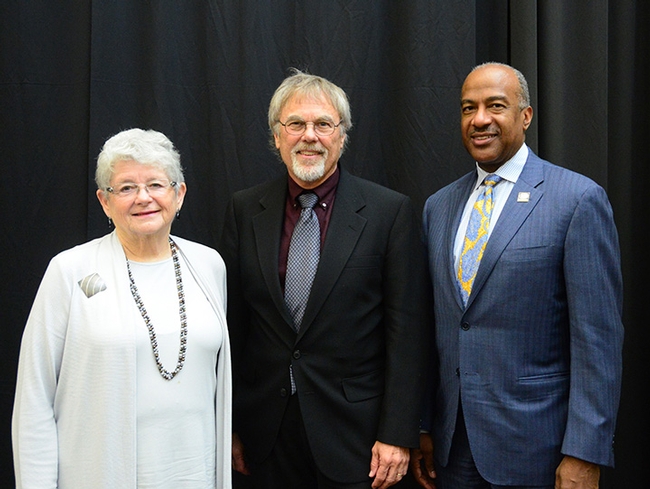 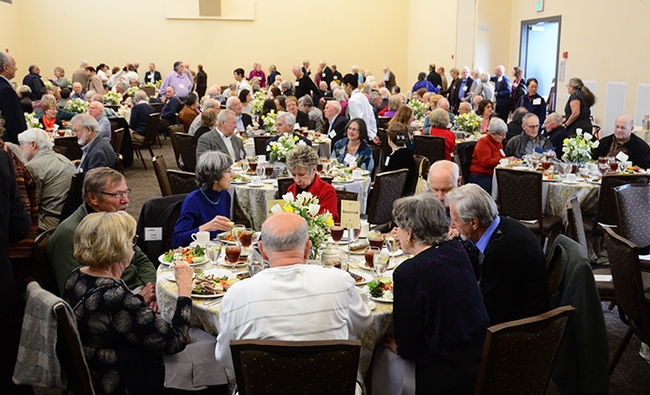 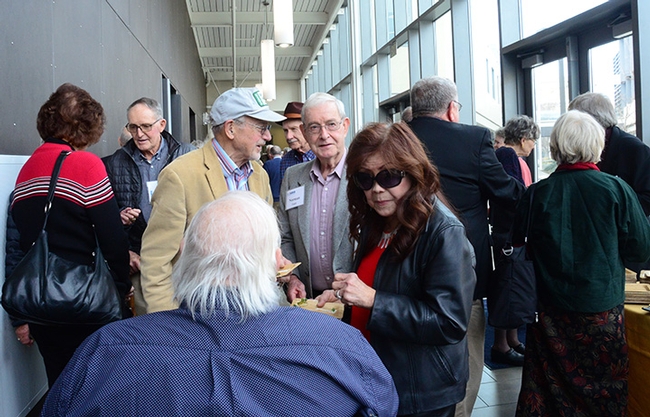 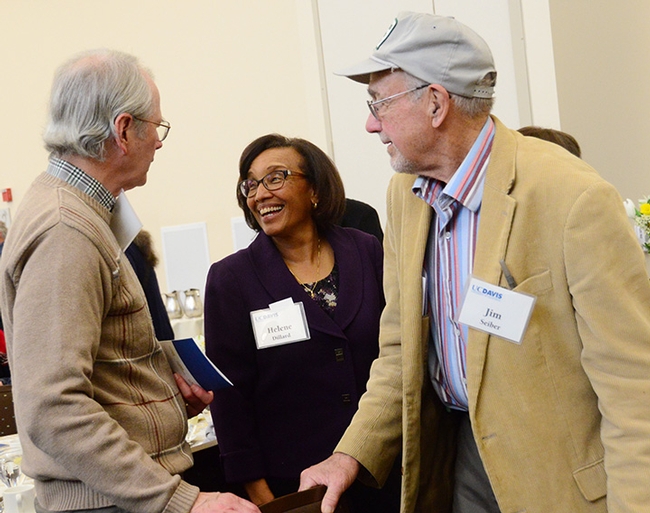