UC Davis alumnus Emily Symmes was part of the seven-member team that won the PBESA Entomology Team Award. She received her doctorate in entomology from UC Davis in 2012.
Pacific Branch, Entomological Society of America (PBESA), presented its annual awards at a virtual ceremony on Monday, April 20. Due to the coronavirus pandemic, no physical gathering took place, and the congratulations and applause bestowed were online only.

Emily Symmes, who received her doctorate in entomology from UC Davis in 2012, and is an agricultural entomologist  specializing in integrated pest management (she was formerly with UC Agriculture and Natural Resources), was part of the almond team that won the PBESA Entomology Team Award.

The complete list of recipients, as announced by PBESA President Elizabeth Beers, professor of entomology at Washington State University: 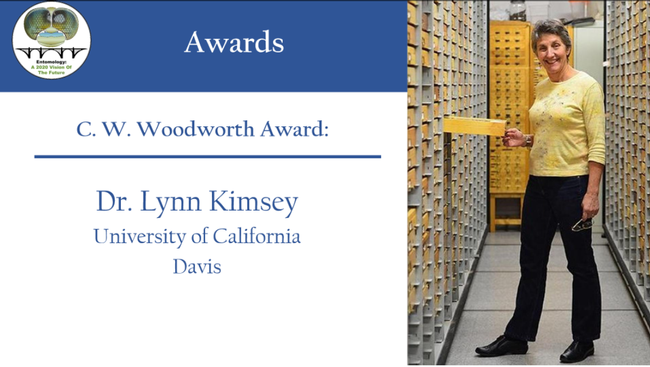 PBESA presented Lynn Kimsey, director of the Bohart Museum of Entomology, with the C. W. Woodworth Award, with this graphic at its virtual awards ceremony. 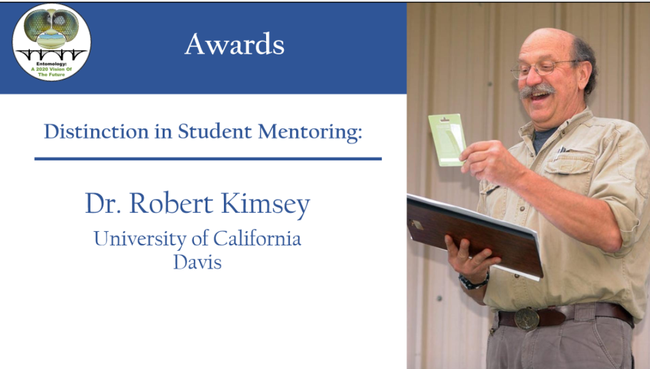 PBESA presented UC Davis forensic entomologist Robert Kimsey with the Distinction in Student Mentoring Award, with this graphic at its virtual awards ceremony. 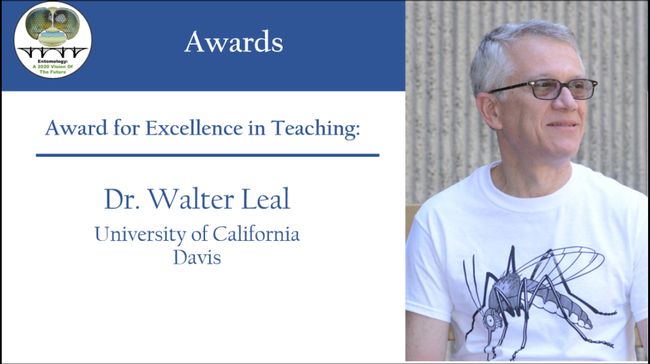