Jay Rosenheim was a third-year physics major at the University of California, Davis, in 1981 when—“on a lark”--he enrolled in Professor Harry Kaya's Entomology 100 course.

The professor inspired him, the class enthralled him, and insects captivated him.

In mid-term, Jay changed his major to entomology, and went on to earn two degrees in entomology (bachelor's degree from UC Davis in 1983, and doctorate from UC Berkeley in 1987); join the UC Davis faculty in 1990; and become a UC Davis distinguished professor in 2018.

The former UC Davis physics major is now a newly inducted Fellow of the 7000-member Entomological Society of America (ESA), a global honor accorded to only 10 persons annually.

Marshall Johnson, a 2006 ESA Fellow and an emeritus Cooperative Extension specialist and researcher at UC Riverside, nominated Rosenheim for the award. “Jay was my postdoc at the University of Hawaii,” Johnson said. “He did a great job and I have kept my eye on his career ever since. Jay Rosenheim, 2020 ESA Fellow
“I would say that Jay is the most astounding entomologist that I know, given his broad interests and creative manner in studying biological/ecological questions,” Johnson said. “He is also an excellent human being.”

ESA singled out Rosenheim at its virtual meeting for his contributions on the ecology of insect parasitoids and predators, insect reproductive behavior, and the application of big data, or "ecoinformatics," methods in agricultural entomology.

And it all began four decades ago in a UC Davis classroom. This is what occurred.

“About a month or so before the course was to be taught, I received a call from this physics student, Jay Rosenheim, who wanted to take Entomology 100,” recalled Kaya, now an emeritus professor and himself an ESA Fellow (2007) for his international contributions to insect pathology and nematology. “I asked a few questions on why he wanted to take the course.  He said he always loved insects but he said he did not have the prerequisites for the class--no college biology-- but he was keenly interested in insects and really wanted to take the class.” Harry Kaya, 2007 ESA Fellow
“I was a little concerned,” Kaya acknowledged, “but I said he can try it and drop it if things did not work out. I gave my approval and waived the prerequisite--I believe at the time it had to be a general zoology class. Well, Jay aced the class-- he had the highest grade and went on to become an entomology major.  The rest is history as he would excel in entomology and become a top-notch entomologist in biological control and offer many new ideas in biological control  theory and application as well as on other ecological issues. Jay is also a great teacher.”

Kaya was actually teaching the class for Professor Robbin Thorp (1933-2019), a bee specialist on sabbatical.  “At the time, I had a 25 percent teaching appointment in entomology and a 75 percent research appointment in nematology,” Kaya said. “When Martin Birch, the department chair, asked me to teach the course, I told him  that I hoped he could find someone else, but he came back and said I would be the best to teach it.”  Birch assigned two of Thorp's graduate students, Evan Sugden and John Skinner, as teaching assistants for the twice-a-week entomology lab.

“Jay also worked briefly in my lab as an undergraduate as well,” Kaya related. “I should add other superlatives as outstanding and world-renowned entomologist.   In my view, it did not matter who taught the ENT 100 course.  Jay is simply an outstanding individual and has contributed so much on his own merit.  Plus, he has a great personality.”

Marshall Johnson, 2006 ESA Fellow
Rosenheim vividly recalls the transition from physics to entomology:  “I was in my junior year as an undergraduate when I took Harry Kaya's Entomology 100 course on a lark. I loved the class so much that midway through the quarter I changed majors from physics to entomology.  I went on to work in Harry's lab and do an undergrad research project under his mentorship.”

A native of Yorktown, N.Y, young Jay developed an interest in biology while exploring the vernal pools behind his Hudson River Valley home.

His insect interests not only led to his being elected an ESA Fellow but a Fellow of the American Association for the Advancement of Science; recipient of teaching awards from the Associated Students of UC Davis and the UC Davis Academic Senate; and the Distinguished Student Mentoring Award from ESA's Pacific Branch. He has authored more than 160 peer-reviewed publications, and mentored nearly 40 graduate students and postdoctoral researchers, now in the private sector, conservation nonprofits, journalism, or academia.

And it all began when a physics major named Jay Rosenheim asked to enroll in Professor Harry Kaya's entomology class. 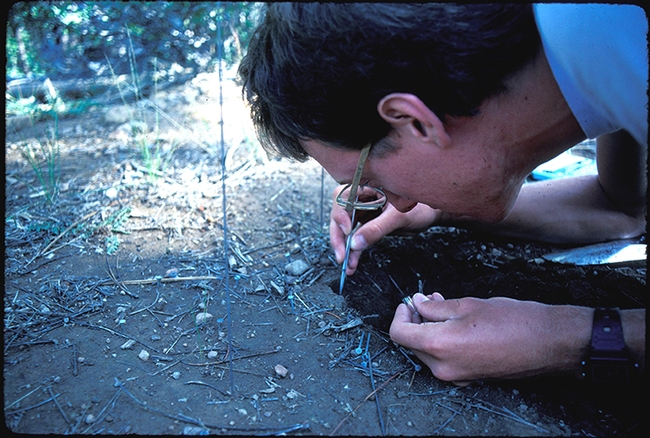 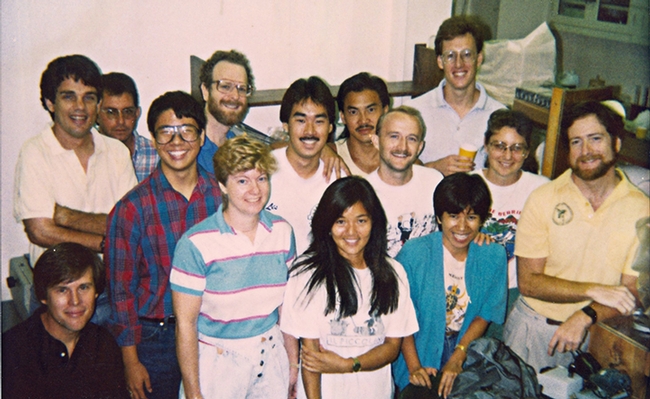 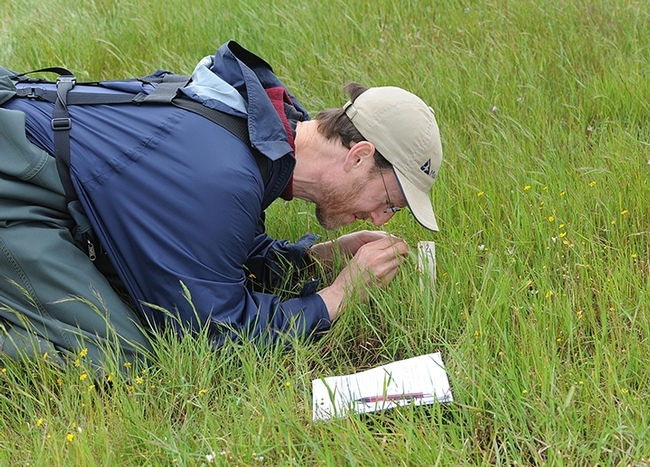 Rick Karban, ESA Fellow
DAVIS--Noted ecologist Richard “Rick” Karban, professor in the UC Davis Department of Entomology and Nematology has been named a fellow of the Ecological Society of America (ESA) for “his innovative contributions to community and evolutionary ecology, especially through providing conceptual advances and rigorous experimental work on plant-insect interactions,” ESA announced today (Feb. 6).

Karban is an international authority on plant communication.

ESA, in announcing the list of 27 fellows, said that its fellowship program recognizes the many ways in which its members contribute to ecological research and discovery, communication, education and pedagogy, and management and policy.

Karban is the author of the newly published 240-page book, Plant Sensing and Communication (University of Chicago Press), considered a “landmark in its field,” said Graeme Ruxton of the University of St. Andrews, UK, co-author of Experimental Design for the Life Sciences and Plant-Animal Communication.

“Karban seeks to argue that plants behave—that they sense their environment, detect and communicate with an array of different organisms, and respond to their sense of the environment and communication,” Ruxton said. ”He is very successful in this, demonstrating that plant sensing and communication is a vibrant area of current research with still plenty more to discover.”

Karban is a fellow of the American Association for the Advancement of Science (AAAS) and recipient of the 1990 George Mercer Award from ESA for outstanding research. He was named an outstanding professor, ecology, at UC Davis in 1986.  He has published more than 100 journal articles and now, three books.

Karban is featured in the Dec. 23-30, 2013 edition of The New Yorker in Michael Pollan's piece, “The Intelligent Plant: Scientists Debate a New Way of Understanding Plants."

Karban's former graduate student, Anurag Agrawal, professor in the Department of Ecology and Evolutionary Biology, Cornell University, was also elected a 2017 fellow for his “innovative contributions to community and evolutionary ecology, especially through providing conceptual advances and rigorous experimental work on plant-insect interactions.”
Agrawal received his doctorate at UC Davis in 1999.

Another UC Davis professor, John Stachowicz of the UC Davis Department of Evolution and Ecology was elected as a 2017 fellow “for his fundamental contributions to the fields of symbiosis and mutualism, multi-trophic species interactions, biogeography, and invasion biology.”

(The Ecological Society of America, founded in 1915, is the world's largest community of professional ecologists,  and  committed to advancing the understanding of life on Earth. The 10,000 member Society publishes five journals and a membership bulletin and broadly shares ecological information through policy, media outreach, and education initiatives. The Society's Annual Meeting attracts 4,000 attendees and features the most recent advances in ecological science. Visit the ESA website at http://www.esa.org.)