In announcing the winner of the international competition, Professor Christopher John Smith, editor-in-chief of the journal Foods, described Zhang as a “rising star in the field of food science and technology.”

Zhang focuses his research on foods for health and wellness with an emphasis on the roles of bioactive lipids in colonic inflammation and colon cancer. He served as a postdoc in the Hammock laboratory from 2010 to 2013.

“This is fantastic news,” said Hammock, who holds a joint appointment in the Department of Entomology and Nematology and the UC Davis Comprehensive Cancer Center. “I am so pleased over the award recognizing Guodong for his contributions to nutrition, cancer and gastrointestinal health.  Since graduate school, he has based his work on innovative physiology, nutrition, and biochemistry, with all studies on a firm analytical basis.  In our laboratory, he was the perfect postdoctoral fellow, bringing new technologies to UC Davis and rapidly integrating into UC Davis projects."

"Guodong was broadly collaborative at Davis and internationally,” Hammock noted. "He was a wonderful mentor and colleague to others in the lab while here, and has continued since, leaving not only to collaborate here but to forge wonderful international collaborations. Guodong is a star in all ways. He sent us two outstanding postgraduate scientists Yuxin Wang and Weicang Wang (trained in Zhang's UMass lab), who, like their mentor, have been wonderfully innovative and productive scientists at Davis.”

As the award recipient, Zhang will receive an honorarium of 2000 Swiss francs, or $2,206 in American funds; publication of a peer-reviewed paper in Foods; and an engraved plaque.

Zhang has an “outstanding publication record, comprising 73 publications in peer-reviewed international journals and 4 international patents,” said Smith, who also called attention to his grants.  Zhang serves as the principal investigator (PI) of grants totaling $1.7 million, and he is the co-PI of grants totaling $5.1 million. “This is an outstanding achievement in today's competitive environment,” Smith said.

As a postdoctoral fellow in the Hammock laboratory, "my research was about bioactive lipids on angiogenesis and cancer," Guodong said. Reflecting on his years in the Hammock lab, he said: "During this period, 2010-2013, I received comprehensive training in pharmacology and oncology. I really want to thank the mentorship and support from Dr. Hammock: for taking the time to discuss the experiments, provide career advice, help me with personal issues, and hike together in the Bay Area. The days in Davis are some of my best life moments.”

The recipient of a number of high honors and awards, Zhang won the 2020 Samuel Cate Prescott Award from the Institute of Food Technologists, and the 2019 Young Scientist Research Award from the American Oil Chemists' Society. 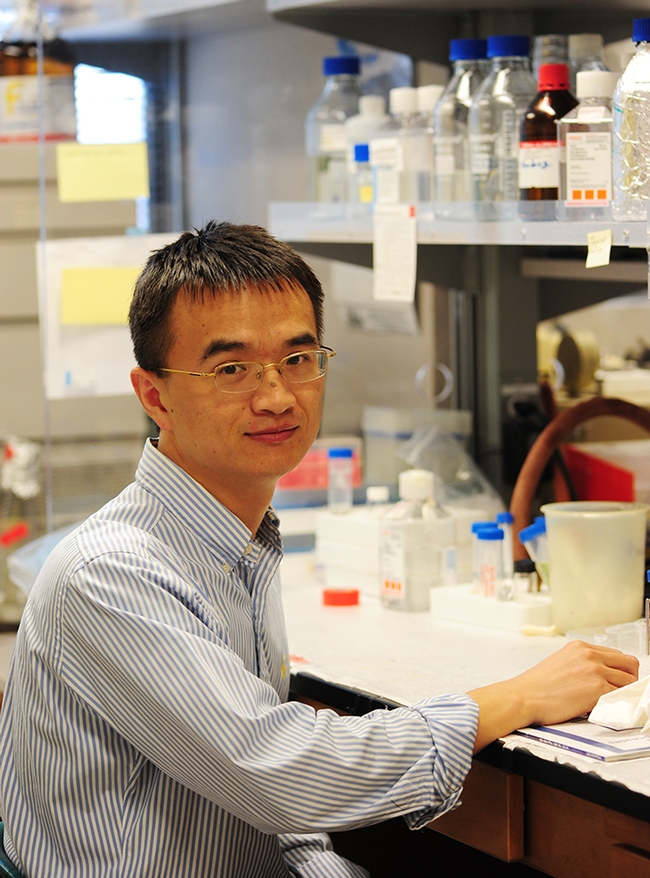