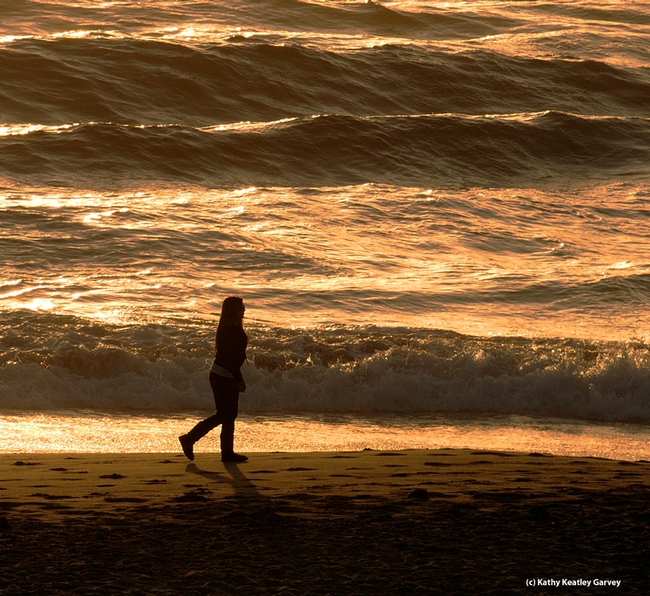 The 12th annual Bruce Hammock Lab Water Balloon Battle will take place at  3 p.m., Thursday, July 24 on the north side of the Briggs Hall lawn.

Christophe Morisseau, associate research scientist, said the lab has 2000 water balloons to fill; anyone who wants to be a water warrior must participate in the filling, which starts at 1 p.m. by the Briggs loading dock.

All are invited. “Whoever wants to get wet,” Morisseau said. “Children and spouses are always welcome.”

In the past, the water warriors, led by Bruce Hammock and Morisseau, have included professors, researchers, visiting scientistis, postdoctoral scholars, graduate students and undergraduate students.

In addition to the water balloons, some favor squirt guns and toy pressurized water blasters. Others hoist half-filled buckets of water for sneak attacks.

So proficient are the water warriors that the “15 minutes of fame” often turns into “10 minutes of aim.”

The Hammock lab works hard and plays hard. Hammock, a member of the National Academy of Sciences and a fellow of the Entomological Society of America, directs the campuswide Superfund Research Program, National Institutes of Health Biotechnology Training Program, and the National Institute of Environmental Health Sciences (NIEHS) Combined Analytical Laboratory. 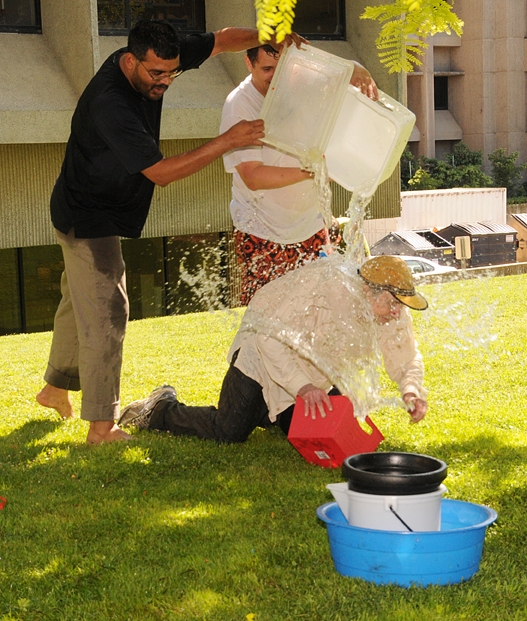 Col. Jonathan Newmark
DAVIS--U.S. Army neurosurgeon Jonathan Newmark, one of the nation’s experts on chemical casualties on the battlefield, will speak on “Sarin on the Battlefield: Chronic Neurotoxicity, Post-Traumatic Stress Disorder (PTSD) or Malingering” at a seminar from 3 to 4 p.m. Monday, Oct. 7 in Room 1105 of the Veterinary Medicine Research Facility 3B.

Newmark, a colonel in the U.S. Army Medical Corps,  will be hosted by researcher Bora Inceoglu of the Bruce Hammock lab, UC Davis Department of Entomology and Nematology. The lecture is part of the UC Davis CounterACT Center Seminars for Excellence, Pharmacology Training Grant and Department of Pharmacology (website and list of speakers pending).

According to an entry in Wikipedia:

"Sarin, or GB, is an organophosphorus compound with the formula [(CH3)2CHO]CH3P(O)F. It is a colorless, odorless liquid, used as a chemical weapon owing to its extreme potency as a nerve agent. It has been classified as a weapon of mass destruction in UN Resolution 687. Production and stockpiling of sarin was outlawed by the Chemical Weapons Convention of 1993, and it is classified as a Schedule 1 substance."

"Sarin can be lethal even at very low concentrations, with death following within one minute after direct ingestion due to suffocation from lung muscle paralysis, unless some antidotes, typically atropine or Biperiden and pralidoxime, are quickly administered to a person.People who absorb a non-lethal dose, but do not receive immediate medical treatment, may suffer permanent neurological damage."

Newmark received his bachelor’s degree from Harvard College and his medical degree from the College of Physicians and Surgeons of Columbia University. He completed a residency in neurology at the Boston City Hospital and fellowships in neurochemistry at the National Institute of Neurological Disorders and Stroke; in occupational neurology at the Massachusetts General Hospital; and in neuromuscular disease at the University of Pennsylvania.

More information is available from host Bora Inceoglu at abinceoglu@ucdavis.edu or by telephoning (530) 591-0697.