John Mola
"A growing body of evidence suggests that forests may play an important role in bumble bee life history," says a team of scientists led by UC Davis alumnus and research ecologist John Mola in a newly published article, "The Importance of Forests in Bumble Bee Biology and Conservation," the cover story in the current edition of the journal Bioscience.

Mola, a U.S. Geological Survey Mendenhall Postdoctoral Fellow based at the Fort Collins Science Center, Colorado, and a former member of the Neal Williams laboratory, UC Davis Department of Entomology and Nematology, authored the research review article with colleagues Jeremy Hemberger, a postdoctoral researcher in the Williams lab; Jade Kochanski of the University of Wisconsin, Madison;  Leif Richardson of the Xerces Society for Invertebrate Conservation; and UC Davis alumnus Ian Pearse of the Fort Collins Science Center.

Photographer Diego Delso took the cover image showing a Bombus terrestris, a buff-tailed bumble bee that is one of the most numerous bumble bee species in Europe. He captured the image on a pink mulla mulla, Ptilotus exaltatus, in Estonia.

They pointed out that "Bumble bee conservation and management has garnered considerable attention because of bees' role as pollinators of economically and ecologically important crops and wild plants. The precipitous decline of several bumble bee species has been documented in the twenty-first century, raising alarm about the viability of these charismatic species (Cameron and Sadd 2020). Because of this, bumble bees have become a focal taxon for understanding and preventing the loss of insect biodiversity more broadly (Goulson and Nicholls 2016, Wagner et al. 2021). Threats to bumble bee populations include habitat loss, novel pathogen exposure, climate change, and pressures from intensive agriculture, such as pesticide applications (Cameron and Sadd 2020). One of the primary tasks for bumble bee conservation is developing a greater understanding of the habitat requirements of species throughout their life cycle and incorporating that knowledge into restoration and management plans." See more here.

Mola, who holds a bachelor of science degree in environmental studies from Florida State University, and a master's degree in biology from Humboldt State University, received his doctorate in ecology in 2019 from UC Davis. He presented his exit seminar on "Bumble Bee Movement Ecology and Response to Wildfire."

Mola also was a UC Davis Professors for the Future Fellow, receiving a year of professional development and pedagogical training. His honors also include a 2013-2018 National Science Foundation Graduate Research Fellowship of $133,500 and a 2014-2016 UC Davis Graduate Group in Ecology Fellowship of $43,000. He won the graduate student research poster competition at the 2018 UC Davis Bee Symposium for his work on  "Bumble Bee Movement and Landscape Genetics." 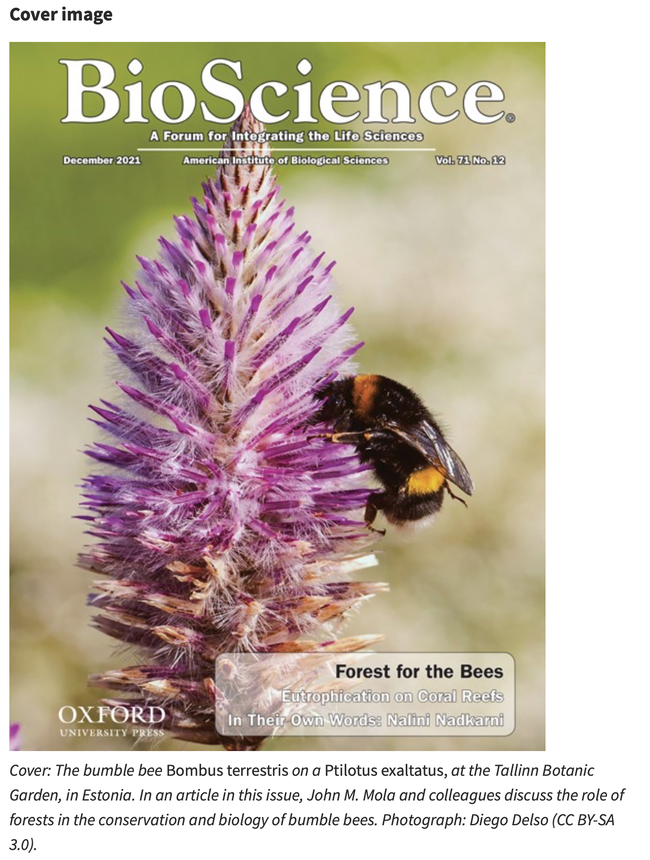 Persimmons, asparagus, figs and other crops distantly related to native California plants attract fewer pests and diseases than the closer kin, and thus receive fewer pesticide treatments, according to a newly published article by two UC Davis-linked scientists in the Proceedings of the Natural Academy of Sciences (PNAS).

“We hypothesized that California crops that lack close relatives in the native flora will be attacked by fewer herbivores and pathogens and require less pesticide use,” said Rosenheim, a 32-year member of the UC Davis Department of Entomology and Nematology faculty and a newly elected fellow of the Entomological Society of America.

Rosenheim and Pearse examined the pesticide applications against arthropods, pathogens, and weed plants and compiled the data into a comprehensive analysis.

Their findings appear in the PNAS article, “Phylogenetic Escape from Pests Reduces Pesticides on Some Crop Plants,” published Oct. 12. “Phylogenetic relationship” refers to the relative times in the past that species shared common ancestors. Jay Rosenheim, UC Davis distinguished professor (Photo by Kathy Keatley Garvey)
“It is well understood that many of the insect pests and diseases that attack our crops are often invasive species that come from overseas,” Rosenheim explained. “Almost all crops grown in California have been domesticated from wild plants whose area of origin is overseas, and many of the invading pests come from the original home of the wild ancestor of the now domesticated crop plant.”

“In contrast, our study focuses on the roughly half of all herbivores and diseases that attack California crops and that are actually native to California.  These organisms originally attacked members of the native California flora, but have now shifted to attack a novel host: the crop plant.”

Said Pearse: “Our study shows that crops like dates, asparagus, figs, kiwis, or persimmons that are distantly related to native California plants--and thus separated by many million years of independent evolution-- are colonized by fewer pests and diseases.” A thriving fig tree in Vacaville, Calif. (Photo by Kathy Keatley Garvey)
These crop plants, the scientists said, are “too different” to be attacked readily.  As a result, fewer pesticide applications are needed to protect those crops.  “Thus, we can capitalize on an understanding of the evolutionary relatedness of crops and native plants to find crops that will suffer less attack, and that can therefore be grown with less use of toxic pesticides,” Pearse pointed out.

"The crops that require the most pesticide applications, Pearse said, "are those, like artichokes, blackberries, and sweet corn, that have close relatives in the Californian flora and are of high economic value per acre."

Rosenheim said persimmons are a good example “of the phenomenon we've studied: they have very, very few pests--almost zero in my experience--and that's probably because persimmons have no close relatives in the California native plant community.”

Pearse, a 2005 Fulbright scholar who received his doctorate in ecology from UC Davis in 2011, studying with Professor Rick Karban, joined the U.S. Geological Survey in Fort Collins in 2016. He focuses his research on invasive species and plant-insect interactions.  Rosenheim researches insect ecology, with a focus on host-parasitoid, predator-prey, and plant-insect interactions, with direct applications to biological control.

“Pesticides are a ubiquitous (found everywhere) component of conventional crop production but come with considerable economic and ecological costs.  We tested the hypothesis that variation in pesticide use among crop species is a function of crop economics and the phylogenetic relationship of a crop to native plants, because unrelated crops accrue fewer herbivores and pathogens.  Comparative analyses of a dataset of 93 Californian crops showed that more valuable crops and crops with close relatives in the native plant flora received greater pesticide use, explaining roughly half of the variance in pesticide use among crops against pathogens and herbivores.  Phylogenetic escape from arthropod and pathogen pests results in lower pesticides, suggesting that the introduced status of some crops can be leveraged to reduce pesticides.” 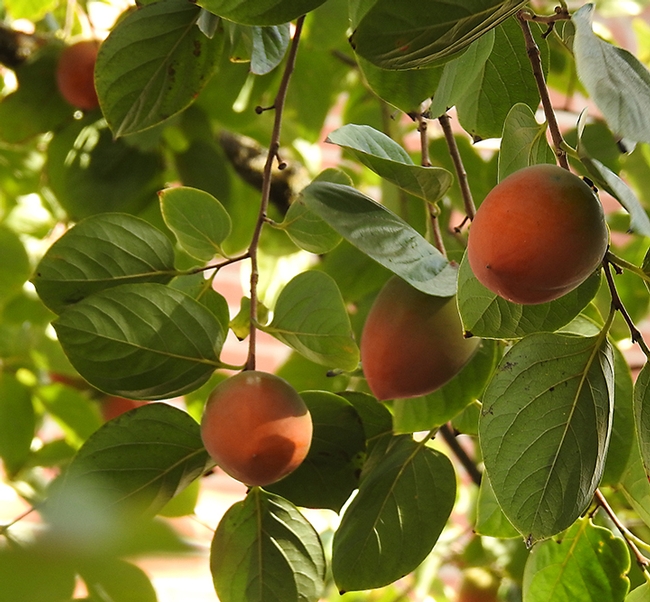 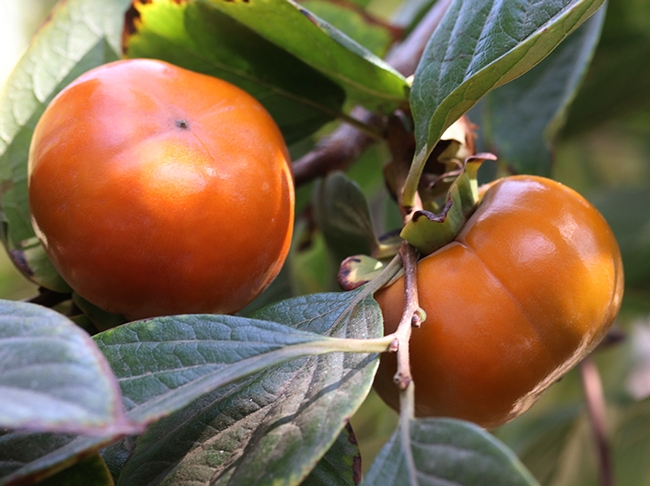 Ian Pearse in the Shields Oak Grove, UC Davis. (Photo by Kathy Keatley Garvey)
DAVIS--Butterfly and moth larvae feeding on native plants will extend their diet to newly introduced non-native plants, but which ones? Two UC Davis-affiliated ecologists have developed a novel method that predicts plant/herbivore interactions before the plants arrive.

“Despite the growing prevalence of non-native plants, there are few effective tools for predicting the fate of non-native plants or their impacts on native communities,” they wrote in newly published research, “Predicting Novel Trophic Interactions in a Non-Native World,” in Ecology Letters. “We demonstrated that novel interactions between herbivores and non-native plants can be predicted based on plant evolutionary relationships and properties in the native herbivore-plant food web.”

“My work has asked why some non-native plants are attacked by native herbivores while others are not,” said Pearse, who completed the research while studying for his doctorate degree in entomology at UC Davis. He teamed with Altermatt, then a UC Davis postdoctoral scholar with UC Davis Department of Environmental Science and Policy. Pearse is now a postdoctoral researcher in the Cornell Lab of Ornithology, and Altermatt is with the Swiss Federal Institute of Aquatic Science and Technology in Zurich, Switzerland. Florian Altermatt
Altermatt, interested in long-term trends in moth populations, assembled what Pearse called “one of the most extensive food webs of moth- host plant interactions, which covers a large part of Germany.”

“We noticed that many non-native plants were included as hosts of native moths in that food web,” Pearse said, “and we thought that we could use some of the ideas that I had been working on to explain which moths have started to eat which non-native plants.”

“Herbivores, by in large, are not very adventurous in what they eat,” Pearse said. “So, when a non-native plant enters their habitat, they tend to colonize those that are similar to the ones that they already eat.  Plant evolutionary relationships are one of the best ways of looking at similarity between plants.”

For instance, the larvae of the cinnabar moth (family Tyriajacobaeae), are a biocontrol agent of ragworts (Senecio), a native of Europe, but they also will colonize other plants. A geometrid moth, Eupithecia virganreata feeds on various ragworts but over the last decades, has extended its diet to invasive goldenrods (Solidago canadensis and S. gigantea).

On the basis of interactions between native hosts and insects, the researchers found  “specific diet extensions of potential European pest insects to plants of forestry or agricultural interest introduced from North America, as well as the diet extension of European insects onto non-native plants that are of invasive concern.”

“The goal of this approach is to correctly identify specific important interactions between a novel plant and native herbivore with the lowest possible false-positive rate, where a null model would result in a 50% false-positive rate,” they wrote. “For example, we predicted that the tussock moth (Calliteara pudibunda) colonizes red oak (Quercus rubra; a common introduced tree throughout Europe) with a false-positive rate of only 0.7%. The tussock moth is an herbivorous insect of forestry concerns, having mass-outbreaks, and it is thus critical to understand its diet extension to novel host plants. Similarly, we predicted that the specialist Sessiid moth Synanthedon tipuliformis colonizes Ribes aureum, a cultivated gooseberry introduced from North America, with a false-positive rate of only 2.0%. S. tipuliformis is known to cause damage in agricultural gooseberry plantations, and an accurate prediction of host switch to introduced agricultural gooseberries is thus economically important.”

Pearse received his doctorate in entomology from UC Davis in 2011, studying with major professor Rick Karban.  Pearse's current research at Cornell “is trying to understand masting in oak trees; that is why and how trees produce very large seed sets in some years but small ones in others.” 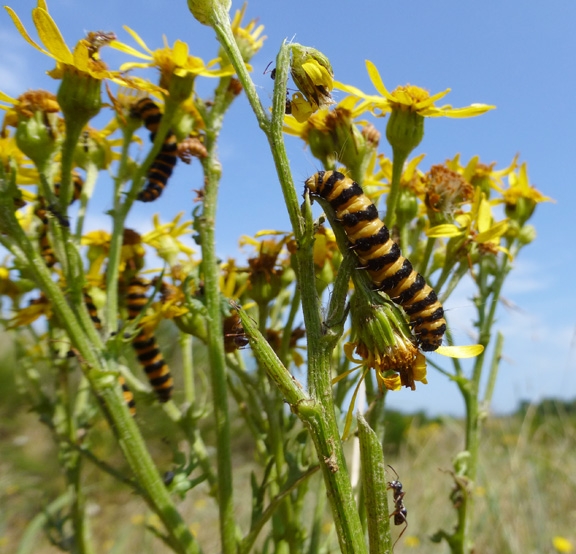