A robber, aided by an accomplice, stole the entomologist's wallet containing his rent money and credit cards, his newly purchased laptop, and an external hard drive containing scientific data.

Syed Fahad Shah, a lecturer in the Department of Entomology, University of Agriculture, Peshawar, Pakistan, was without a bike Friday (it had a flat tire), and was heading home from his lab. At 11:30, as he walked along Russell Boulevard, near Lake Boulevard, west of Highway 113,  he noticed a car, its emergency lights flashing, parked on the other side of the road.

“I was looking at the car and thought that maybe they have some kind of problem with the car,” the international scholar related. As he continued walking home, a man leaped from behind a tree trunk, pointed his gun at him and cocked it “to let me know it was real."

Shah described the car as a sedan, “Like a Corolla,” and “dark in in color with rectangular back lights.” He retrieved his phone and quickly dialed the police. “The police arrived within five minutes and recorded my statement,” he said.

Shah had not yet backed up the contents. Ironically, while enroute to the United States for his May 15-Oct. 30 research sabbatical on agriculturally important insects, someone stole his laptop at the Dubai airport. “But I was happy that I had the data backed up on my external hard drive, but this time I have no backup,” he said. “I only wish for my hard drive back.”

In an announcement to the Department of Entomology and Nematology, Lynn Kimsey, director of the Bohart Museum of Entomology and professor of entomology: reported that Shah “filed a police report but that probably won't help get his equipment back. The data is irreplaceable but we hope to help him replace the things stolen, so we have started a GoFundMe page to raise the needed fund."

The GoFundMe account, seeking $2000, is at https://bit.ly/2ldZ3ZF. For more information, contact the Bohart Museum at (530) 752-0493 or Lynn Kimsey at lskimsey@ucdavis.edu or Tabatha Yang, education and outreach coordinator, at tabyang@ucdavis.edu. 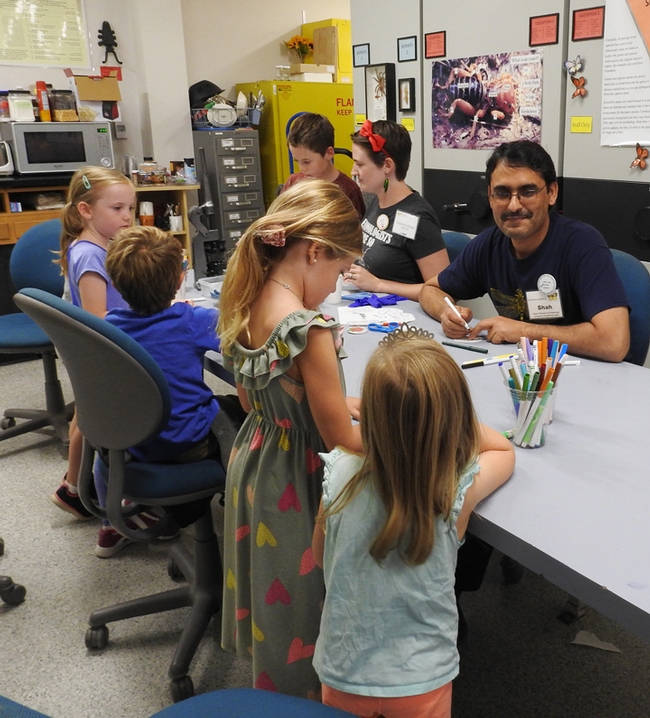