Rachel Vannette
Community ecologist Rachel Vannette, assistant professor in the UC Davis Department of Entomology and Nematology and eight colleagues have described three new species of bacteria from the genus Acinetobacter that are specialized to flowers, with Vannette isolating two of the new species from UC Davis sites.

“There's more to come on these bacteria and what they do in flowers but from what we know now they seem to germinate and 'eat' pollen,” Vannette said. “In any case, we love and appreciate our reserves and natural areas on campus: they are an awesome source of unexplored biodiversity and really interesting biology.”

Baret, the first woman to circumnavigate the globe, disguised herself as man and as an aide to botanist Philibert Commerson, to board the French ship, Etoile, on a 1766-69 expedition. "Baret captured the attention of Commerson because she possessed botanic knowledge that lay well beyond the competence of his professors and mentors," according to Glynis Ridley, author of The Discovery of Jeanne Baret: A Story of Science, the High Seas, and the First Woman to Circumnavigate the Globe. "She was an herb woman: one schooled in the largely oral tradition of the curative properties of plants." 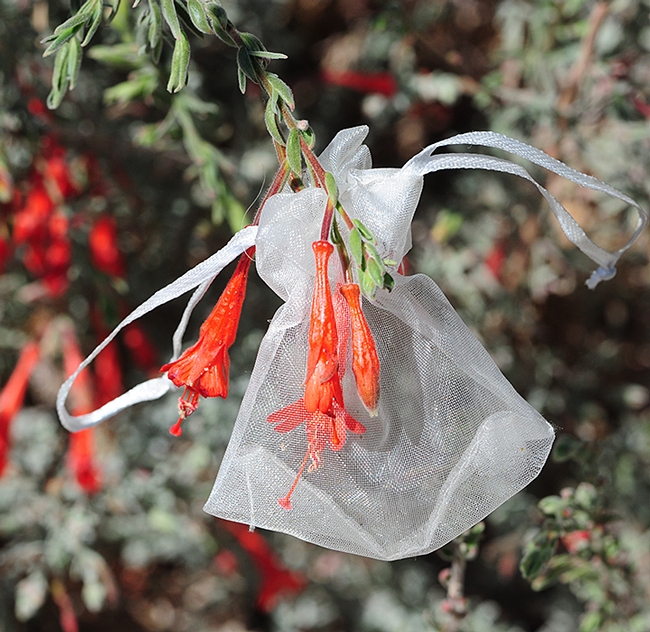 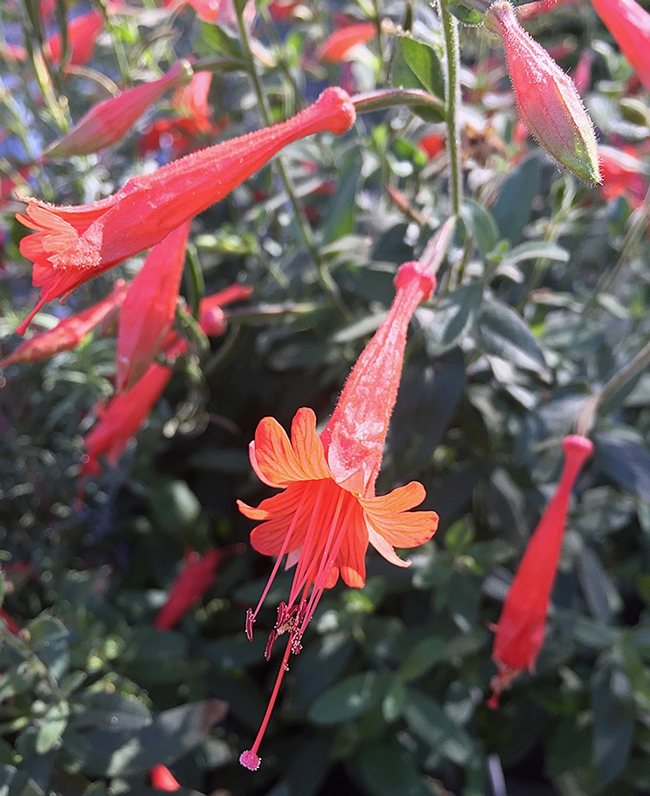 A photo of California fuchsia from the UC Davis Arboretum and Public Garden. (Photo by Rachel Vannette) 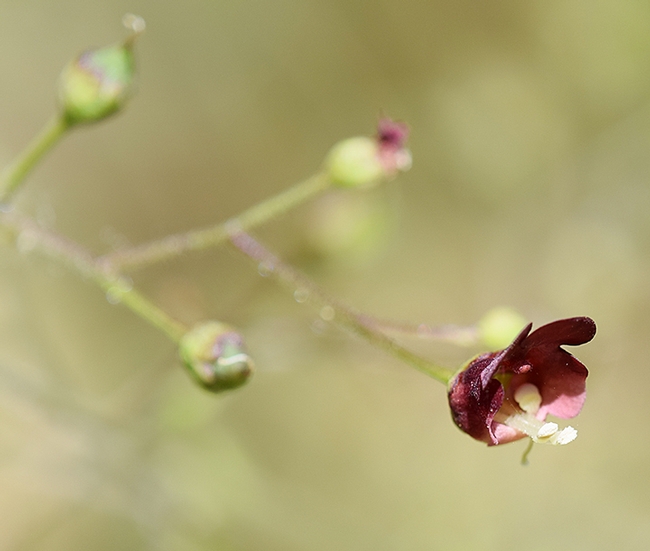 The groundbreaking research, published in the current edition of New Phytologist journal, shows that nectar-inhabiting species of bacteria and fungi “can influence pollinator preference through differential volatile production,” said Vannette, an assistant professor in the UC Davis Department of Entomology and Nematology. Rachel Vannette
In their study, the Vannette team researchers first examined field flowers for the presence of nectar-inhabiting microbes, and in collaboration with co-authors Caitlin Rering and John Beck of the U.S. Department of Agriculture's Agricultural Research Service (USDA-ARS), Gainesville, Fla, characterized the headspace of four common fungi and bacteria in a nectar analog. Next, they used an intricate setup to quantify the antennal and behavior responses of honey bees to the chemical compounds. Finally, when they examined the scent of flowers in the field, they found that flowers which contained high densities of microorganisms also contained volatile compounds likely produced by those microbes, suggesting that microbial scent production can be detected and used by pollinators. 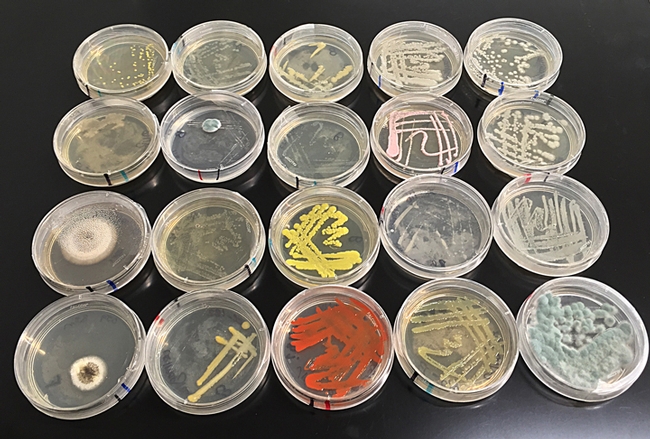 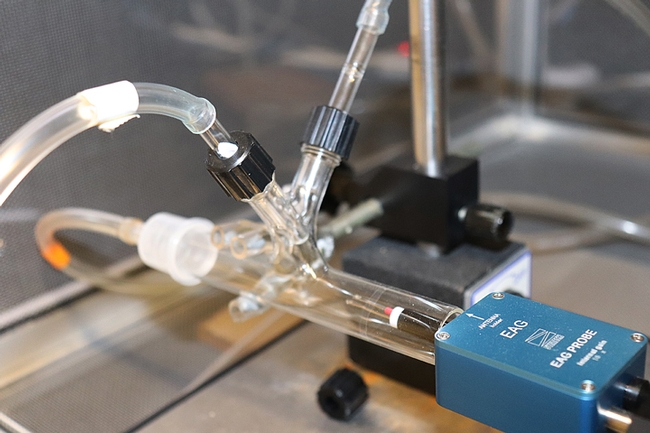 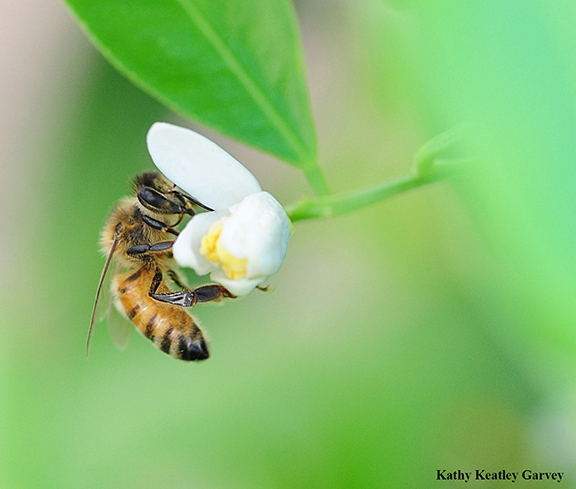