The annual Delta field meeting will be held on Tuesday, October 4th starting at 10:00am. This year, the agenda includes topics on both field corn and sorghum. The meeting location is at the UCCE field corn variety trial plot off of Brunk Road on Tyler Island. Please see the attached flyer for more information. The agenda is as follows: 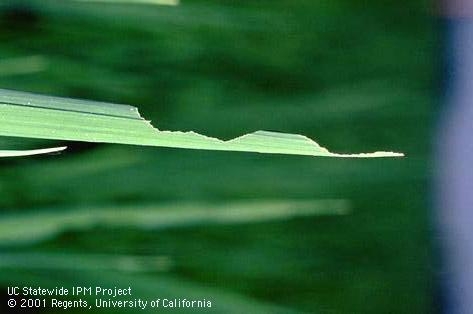 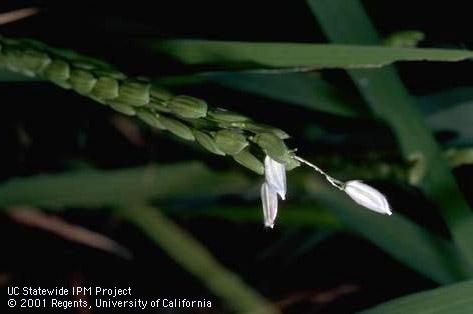 The 2016 UCCE  grain corn variety trial was planted on April 27th. The trial is located in the Delta on Tyler Island. Three replicate blocks of eighteen varieties were planted by air planter. The eighteen varieties included 16 varieties submitted by seed companies and two varieties submitted by the grower, which are presented in Table 1. Each replicate consists of four 30-inch beds on an average row length of about 1200 feet. Seed was planted two inches deep and six inches apart down the row, for an approximate planting density of 35,000 seeds per acre. The soil is a Rindge mucky silt loam with approximately 20 percent organic matter in the top 15 inches of soil. Approximately 55,600 acres in the Delta are described by the Rindge classification. Over the course of the season, we will evaluate the following parameters: stand count, days to bloom, fusarium ear rot, head smut, common smut, lodging, ear height, yield, and grain moisture at yield. Don't hesitate to contact me if you have any questions about the trial, and stay tuned to this blog for trial results at the end of the season.

Wireworms are the soil-dwelling larvae of click beetles. They feed on the seeds and roots of various crops and are a particular pest of field corn in the Sacramento-San Joaquin River Delta region (Figure 1). Figure 1. Wireworm feeding on corn seedling.
According to the UC IPM Guidelines, wireworms may live three or more years depending on species, conditions, and food supply. Wireworm management in corn is generally by seed treatment or soil treatment at planting. Cultural practices – like crop rotation, flooding, or cultivation – are generally not effective against wireworms. Studies have shown that neonicotinoid seed treatments are as effective at controlling wireworms as organophosphates, the latter being linked to environmental and wildlife persistence. Neonicotinoids, however, are under increased scrutiny for possible off-target effects on bees. The objective of this study was to evaluate the efficacy of a new reduced-risk product called Lumivia™ (active ingredient chlorantraniliprole) at different rates, in combination with other products, and in combination with polymers, which are used to help hold seed treatments in place. Lumivia™ was compared to three commercial neonicotinoid products: Cruiser® (a.i. thiamethoxam), Poncho® (a.i. clothianidin), and Poncho® Votivo® (a.i. clothianidin + Bacillus firmus I-1582). This was the second year of evaluation. Complete reports from both years are available from my website.

Two trials were conducted in 2015 – one on Staten Island and one on Tyler Island. The soil type at both trial sites is a Rindge muck, which characterizes approximately 57,000 acres in the Delta. The Rindge muck is high in organic matter and considered very poorly drained, and thus, it was a good soil for these trials because the soil stays cool and damp into late spring and early summer. Both sites have heavy wireworm pressure, according to the growers, and were planted with corn the previous year. The Staten Island trial was planted on April 15, 2015, and the Tyler Island trial was planted on June 9, 2015, both having four replicate blocks.

We evaluated growth parameters starting at about a week after planting for a period of about six weeks. Growth parameters of interest were emergence, stand count, vigor, damaged plants, dead plants, and height. Additionally, on the second week of evaluations, ten seedlings were lifted. Dead and live wireworms were counted on the seeds, roots, and surrounding soil, and the seedlings were given a visual health rating. The trials were harvested on September 30th and October 14th (Staten and Tyler Islands, respectively). Harvest parameters included a plant count, yield, grain moisture, and bushel weight. Additionally, at the Staten Island trial, Johnson grass plants were also counted because weed pressure was high.

Growth results are described in the online report. Yields at the Staten Island trial were highly variable, and both wireworm and weed pressure may have contributed to the variability (Table 1). Johnson grass pressure was especially high in treatments where plant stands were compromised by wireworms or birds. High weed pressure can be a consequence of poor wireworm control because stands that are compromised do not provide the consistent shading to out-compete weeds. Yields can suffer as a result. The Lumivia™ + Cruiser® treatment yielded the highest, and Lumivia™ 750 yielded the worst, even lower than the untreated control. The poor result of Lumivia™ 750 may be explained by uncontrollable factors, namely, bird damage and high wireworm pressure. The polymer treatments that were tested at the Tyler Island site showed no yield benefits over the non-polymer treatments and yielded similarly to the commercial standard, Poncho® Votivo® (Table 2).

The trial results illustrate that growers have several options for managing wireworms. Across both trial locations, results suggest that Lumivia™ 250 + Cruiser® 250, Lumivia™ (500 or 750) in combination with bifenthrin 125, and commercial standards Poncho®, Poncho® Votivo®, and Cruiser® provide good control against wireworm in the weeks after planting when corn is in the seedling stages. While we saw few statistical yield differences, the control and resulting better stands have the potential to improve yields over non-treated seeds. The two Poncho® products are commercially available from Bayer CropScience, and Cruiser® is commercially available from Syngenta. Lumivia™, a Dupont product, is not yet commercially available as a corn seed treatment in California, but if it were to become so, it would provide growers with an alternative to the neonicotinoid treatments. When making decisions on products, growers should consider their wireworm pest pressure and other soil-dwelling pests that could limit their production. Growers should also consider which seed treatments they have been using and whether those are still controlling pests. If not, rotating to a different chemistry might be a way to bring pests back under control. Integrated pest management practices recommend rotating chemistries for insect resistance management.