The link below goes to the full article, but I'll capture a few highlights in a summary:

Plant nutrient deficiency symptoms appear when a nutrient is lacking, but this can have multiple causes.  It can be because root activity is low because of soil saturation and low temperatures, or it can be poor uptake from disease or mechanically damaged roots.  And of course low nutrient supplying power on the part of the soil can be part of the equation as well.  The field practitioner needs to get the full picture.

Deficient plants do not initially show any signs of nutrient shortage other than growing slower and having an more uneven, lower yield.  At the point that deficiency symptoms become visible, the crop is already severely stressed and although it's already quite late to do so, steps must be taken to correct the deficiency.  This is an important point, and definitely part of the reason I constantly push for growers and agricultural professionals to be taking tissue samples at several points through the season to catch deficiencies and problems before they deal irreversible damage to the crop.

Here's the link, Dr. Mikkelson does a way better job of explaining this than I do: 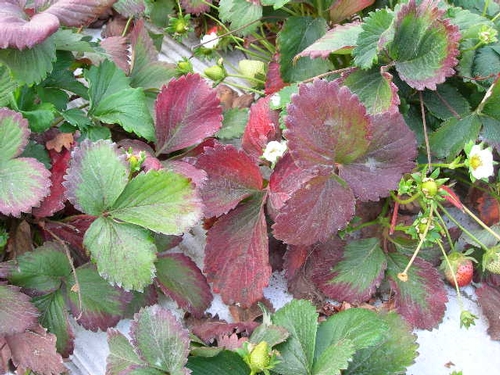