UC Agriculture and Natural Resources is adding new advisors to its team of fire experts across the state. Photo by Evett Kilmartin 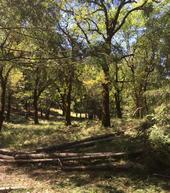 In this restoration treatment, encroaching conifers are removed from an oak woodland to bolster fire resilience. Photo by Jared Gerstein

As Californians prepare for another year of drought and an anticipated intense fire season, landowners and organizations across California have been working to reduce forest fuels – flammable woody material – that can endanger their properties and communities.

For many of them, however, their urgent efforts hit a sizable speed bump: a massive rulebook that describes, amid a thicket of other information, the permits required before people can treat or remove fuels – as well as a litany of attached requirements, restrictions and... 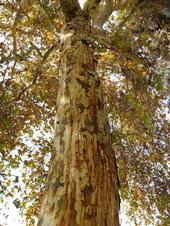 This sycamore tree, a preferred species of the polyphagous shothole borer, shows signs of a severe infestation. Photo by Randall Oliver, UC IPM

The University of California, Irvine campus is home to a vast urban forest consisting of approximately 30,000 trees located in a mix of landscape, riparian and open space settings. In the mid-2010s, that forest came under threat from an invasive species of beetle that arborists and pest researchers were just learning about – the polyphagous shothole borer.

The tiny beetles, which may have arrived in California from their native Southeast Asia via infested shipping materials, tunnel into trees and introduce a fungus that serves as food...

For predicting fire severity, dead biomass and live tree density were the two most important variables, the study found. Photo by Scott Stephens

Wildfires burning in western U.S. forests have increased in size and severity since the late 20th century, with a number of recent fires exhibiting characteristics that match the criteria for mass fires – or fires that burn with high intensity over large continuous areas for long durations of time.

Operational fire behavior models, commonly used by federal and state fire suppression agencies to predict how wildfires will behave, cannot predict mass fire behavior, largely because they do not include the important combustion and fire-atmosphere interactions. The Creek Fire, which exhibited mass fire behavior when it burned through the southern Sierra Nevada in 2020, was...