Use of Mulch in Organic Orchards Called into Question
Published on: June 29, 2016

Because of potential contamination of mulches from pesticides, mulch use is being called into question and testing may be required for mulches applied to organic orchards.  This is a recent ruling.  As always, anything applied to a certified organic operation should be cleared with the certifier first. 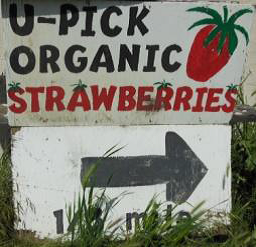 With the proliferation of pests and disease that might appear in mulch used in orchards, it might appear that the practice will become more limited unless the material can be guaranteed to be safe.  Polyphagous Shot Hole Borer and Asian citrus Psyllid are just two examples of pests that might appear in a mulch from an unknown origin.  There are many other examples, though, and new threats keep coming.  Composting is a process that can insure a quality product, but composts tend to be too expensive to be used as a mulch.  There is a new solar processing technique that is being evaluated in the Central Valley that might produce a product that could be used as a mulch.

The proliferation of low-cost, high-efficiency and durable solar panels makes it possible to set up solar-powered composting systems that reduce reliance on alternative forms of power and avoid very expensive grid hook-up costs.

This type of technology lends itself to a more stable site layout, which can then utilise conveyors for material movement, further reducing reliance on diesel-powered equipment. A potato piler, a standard piece of equipment in the potato storage industry, is an ideal prototype for compost conveyors.

Static piles can easily be watered using simple irrigation systems that save water and further reduce diesel reliance. When combined with the already proven technology of a compost cap, reductions of VOCs and greenhouse gases can be substantial. 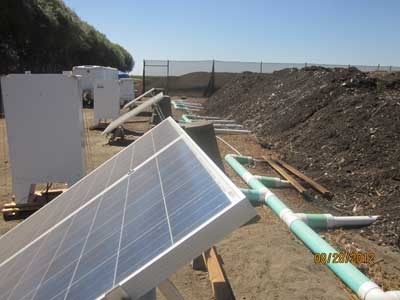