Please join us for a morning of research updates and 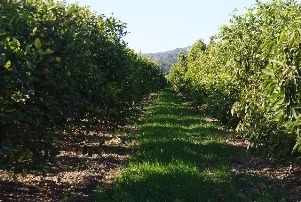 There's a new pub in town, and you can read it up.  It's a generic guide to mulch use.

Mulches are materials that are applied to the soil surface, but not tilled, mixed, or combined with underlying soil. Landscape mulches are typically plant residues (organic mulches) or rock, sand, and stone (inorganic mulches). You may know that immediately after application mulches prevent weeds from germinating and reduce evaporative loss from soil surfaces, but there are other benefits as well.  And down sides, as well.

Includes a table of common mulch materials with their benefits and potential problems. 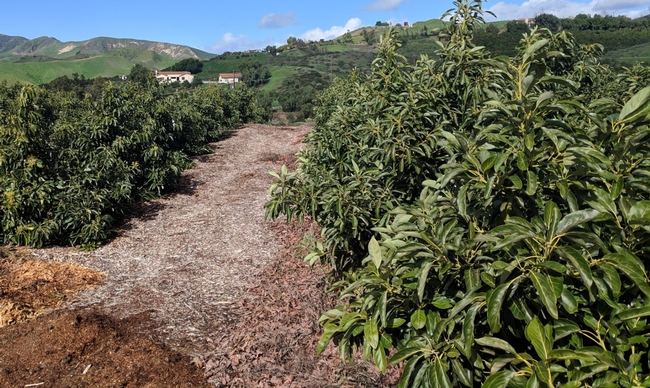 Is Eucalyptus a Safe Material for Mulching Trees?

There is a persistent belief that eucalyptus is a noxious weed that kills surrounding plants by chemically destroying them and preventing their germination and growth. This concept is given free support by the visual impact of a eucalypt forest where there is nothing growing but those darn blue gums. And what would happen if eucalyptus trees were ground up and used as mulch for avocado and citrus trees? Eucalyptus would be fatal as a mulch because it kills surrounding plants. Right? Wrong! Read on! The lethality of eucalyptus is most commonly ascribed to Eucalyptus globulus (blue gum) - the most widely planted eucalypt in California. However, there are over 700 species of this Australian perennial (or more depending on what reference is used). It seems that all species are equally equated as pernicious, since growth suppression can be seen in stands of many different species. Just look at Australia where only eucalyptus grows (not true). The extent of the eucalyptus problem including its fire hazard is covered in a California Agriculture article (Wolf and DiTomaso, 2007).

The blue gum was first planted in California in the mid to late 1800s as a potential timber species – railroad ties, housing trusses, box material – and medicines. Plantings went in up and down the state to the point that a driver was never far out of sight of a blue gum on either highways 101 or 99 (Farmer, 2013) – a eucalyptic landscape. But by 1913, the USDA had declared eucalyptus plantings of no value, and plantations were abandoned. But the trees just kept on growing, and in some cases spreading beyond their original plantings, especially as it was recognized as a noble landscape tree and was planted for its ornamental value.

As the tree plantings aged, observations suggested there was no biological diversity in the areas where the trees were. It was thought that there must be some chemical inhibition from the trees, preventing other plants from growing. This chemical inhibition is called allelopathy, which had been shown as the chemical suppression of other plants ascribed to walnuts. In walnuts, a chemical called juglone   prevents germination and growth of some other plant species.

Allelopathy refers to the harmful effects or interference of one plant on another plant from the release of biochemicals from plant parts by leaching, root exudation, volatilization, and residue decomposition. Allelochemicals are secondary metabolites not required for metabolism (growth and development) of the plant producing them. They are an important plant defense against herbivory (i.e., animals eating plants as their primary food) (Fraenkel 1959), and also potentially against other plants.

Allelopathic suppression is complex and can involve a variety of chemicals, such as phenolics, flavonoids, terpenoids, alkaloids, steroids, amino acids, and with mixtures of different compounds. Furthermore, physiological and environmental stresses, pests, pathogens, solar radiation, herbicides, less than optimal soil mineral content, moisture, and temperature levels can affect allelochemicals production. Different plant parts, including flowers, leaves, leaf litter and leaf mulch, stems, bark, roots, soil, and soil leachates and their derived compounds, can have allelopathic activity that varies over a growing season. Allelopathic chemicals can also persist in soil, affecting both neighboring plants as well as plants that might follow the removal of the allelopathic plant, such as at harvest. These different chemicals in leaves and flowers and plant parts could have a significant effect on any herbivory, too.

A great variety of chemicals have been found in eucalyptus leaves and just the smell of the trees is an indication that there are some strong volatile organic compounds (VOCs) in the trees. Numerous studies   found an inhibition that occurs with extracts of eucalyptus (Bais et al., 2003; Halsey, 2004; and many others). Inhibition of test plants has been shown in lab and greenhouse studies. DelMoral (1969) theorized that leachate from rain and fog drip could be the major mechanism by which suppressive chemicals concentrate in soils under blue gums causing inhibition of seedlings. Looking at windbreak plantings near avocado or citrus orchards will also show reductions in fruit tree size near the windbreaks.

Recently a very interesting study by Kristen Nelson (2016) explored the impact of field-collected soils on the germination of native plant species using blue gum leaf extracts. Her conclusion was that blue gum extracts had no effect on germination of the native species studied. In her study, the concentration of the extracts was matched to what would be found normally in a field environment. This calls into question the significance of blue gum allelopathy.

In fact, the allelopathic effect of juglone might be called into question, as well, with the long list of plants that do not show inhibition by walnut (Willis, 2000). The presence of a variety of weeds in walnut orchards attests to the resistance of some plants to juglone. The whole concept of walnut allelopathy is questioned by Chalker-Scott (2019).

So, how does the reference to juglone have any relation to the allelopathic effect of eucalyptus? Juglone is probably the most commonly cited allelopathy example in the literature. So if there is some question of the nature of the complex interactions that might occur in walnut, it certainly needs to be more clearly evaluated in eucalyptus.

There is no doubt that plants interact between their roots. Simard and others (1997) demonstrated some time ago that carbon and other nutrients are transferred between species by mycorrhizal fungi. Legumes fix nitrogen used by grasses. There are chemicals in plants that help support the growth of others, and there is probably a continuous dynamic in the landscape - transitions from one plant species to another based on plant residues. Mycorrhizae may help mediate interactions between plants. There are even seeming connections between trees that we don't know about - https://www.eurekalert.org/pub_releases/2019-07/cp-ats071819.php.

Eucalyptus (Euc) do produce chemicals that must have some adaptive reason, that maybe some other plants might take advantage of. Eucalyptus trees develop rapidly, especially on bare ground after a fire. Their canopy shades other plants and the copious leaf drop causes significant mulching, preventing seed germination of both introduced weeds and those in the seed bank. Euc roots are shallow, extensive and very competitive for water and nutrients. It is an aggressive plant, but not necessarily a poisonous plant. Forests are complex environments and in a comparative study of oak woodland and eucalyptus forest, Sax (2002) found eucalyptus forests to be as diverse as a neighboring oak forest.   Forests composed of other tree species can effect surrounding plants, not just eucalyptus forests.

Mulch is essential for the healthy growth of avocado, as well as many other trees species. In trials reported by Downer (2010), any mulch was better for the growth of newly transplanted sycamore trees, and a coarse blue gum mulch helped grow the biggest trees. This was in part through physical weed suppression (not allelopathic) and improved soil water relations. Any mulch whether it was eucalyptus derived or not, helped tree growth. Much of the mulch available to tree growers in Southern California is a mixture of woody materials, and eucalyptus is almost never the sole source. In work done with Avocado, mulches of pure freshly chipped (not composted) eucalyptus supported strong growth and led to reduction in Phytophthora cinnamomi the cause of avocado root rot.

So any mulching practice needs to be evaluated carefully. How is it applied? To what depth? Proximity to the tree trunk? What time of year is it applied? There is a whole list of guidelines to follow, but whether eucalyptus is part of the mix or is a single component of the mulch should not be a problem. Go ahead and use eucalyptus in your mulching program. A hiking path is seen in the Mount Sutro Open Space Reserve. California's extended drought, disease and multiple pest infestations have exacerbated the decline in health among many trees within the Reserve. Note eucalyptus trees with copious undergrowth of other species. Photo by Susan Merrell

Chalker-Scott, L. Do black walnuts have allelopathic effects on other plants? http://cru.cahe.wsu.edu/CEPublications/FS325E/FS325E.pdf

Downer, J., Use of mulches to control weeds in landscapes. 2010. http://ceventura.ucdavis.edu/newsletters/Volume_23_No129817.pdf

Much has been made of the lethal effects of eucalyptus when living plants and their residues are near other desirable plants. Blue gum eucalyptus probably is the most widely grown euc in California and it particularly carries the onus of being a bad neighbor. The use of the tree as a mulch material has also been widely viewed as a problem. A recent master's thesis by Kristen Nelson may help allay fears about using this wonderful woody material, which when correctly used as a mulch can have beneficial effects (https://ucanr.edu/blogs/blogcore/postdetail.cfm?postnum=28917; https://ucanr.edu/blogs/blogcore/postdetail.cfm?postnum=26911).

Evaluating the Myth of Allelopathy in California Blue Gum Plantations

It is widely accepted that allelopathy is not only significant, but more or less singular, in the inhibition of understory vegetation in California Eucalyptus globulus (blue gum) plantations. However, there is no published documentation of allelopathy by blue gums against California native species. Here, we present evidence that germination and early seedling growth of five California native species are not inhibited by chemical extracts of blue gum foliage, either at naturally-occurring or artificially concentrated levels. In the greenhouse, seeds were germinated in field-collected soil from mature blue gum plantations and the adjacent native, coastal scrub communities. In petri plates, seeds of native species were germinated in the presence of concentrated volatile and water-soluble compounds from fresh foliage of blue gum, coast live oak (Quercus agrifolia)as a negative control, or white sage (Salvia apiana)as a positive control, or in a water control. In the greenhouse, blue gum soil supported germination and early seedling growth of native species equal to or better than coastal scrub soil. In the lab, germination of native species was not inhibited when grown in the presence of volatile compounds from blue gum foliage, compared to the native control (coast live oak) or the neutral water control. Germination of three out of five native species tested was not inhibited in the presence of water-soluble compounds from blue gum foliage, compared to coast live oak or the water control. Our results contradict the long-standing paradigm that blue gums are toxic to California natives, which may have significant implications for management and restoration of land historically occupied by blue gum plantations. 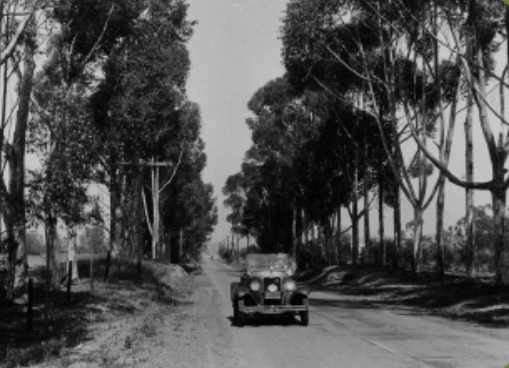 The California Avocado Society will host the first of its 2019 California Avocado Growers Seminar Series with workshops focused on mulch and Phytophthora. Dr. Ben Faber, Dr. Tim Spann and Dr. Carol Lovatt will deliver presentations at the seminars.

Dr. Carol Lovatt, UC Riverside Emeritus Professor of Plant Physiology, will discuss the use of gibberellic acid (GA) plant growth regulator on avocados. A special local needs registration was obtained in early 2018 for use of GA on avocado in California. Carol will discuss the benefits of using GA, and when and how to apply it for those growers interested in trying this new tool.

The seminars will be held as follows:

And read more about Mulch Myths: 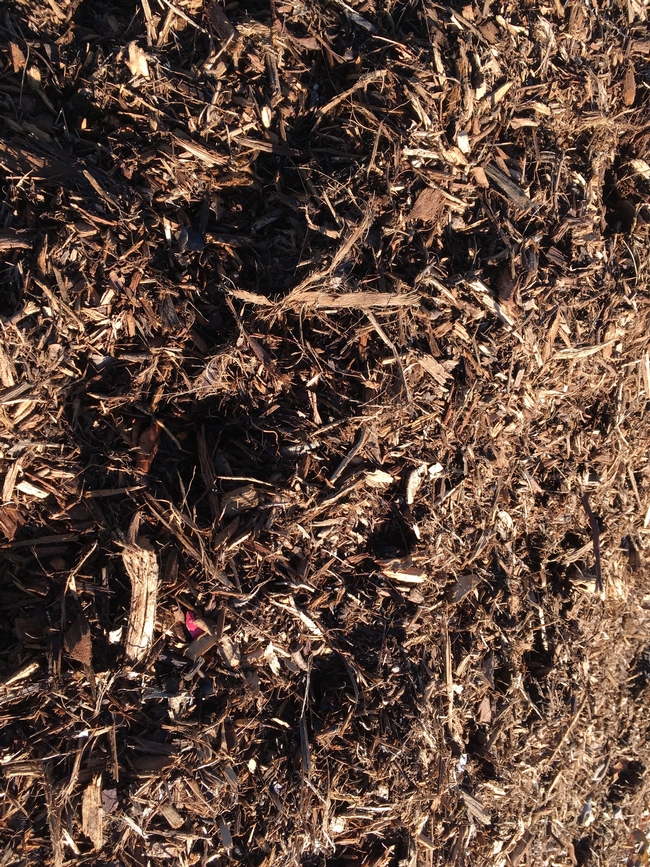