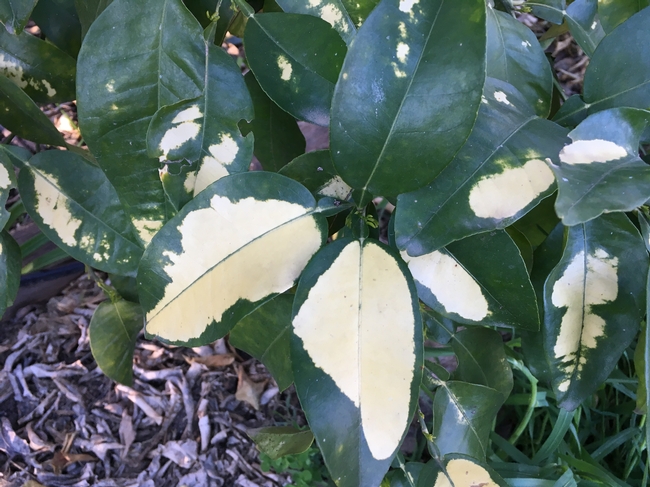 The whole group of plants we lump under the taxonomic classification of citrus are really changeable. It's out of this changeability that we get new varieties.  Some of these can be quite fanciful, almost dream like fruit which is where the origin of the name chimera comes from.  Buddha's Hand is a pretty dream-like fruit. These changes are a genetic mutation that occurs in a branch or twig, and if that tissue survives, it can produce new shoots (called sports or chimera) with characteristics different from the those of the mother tree.  These mutations can affect the color of the rind or pulp or the shape of the fruit. Leaves on these twigs can have a different shape or size have a variegated color. Mutations can cause the development of multiple buds, creating bunchy growth or “witches' broom.” A chimera can produce an improved crop: some of today's cultivars were propagated from chimeras, such as the variegated pink lemon. Usually sports are of inferior quality and should be avoided as propagation material. Prune sports that obstruct normal growth or interfere with harvest.

But some of them are so weird you just want to keep them around. This one showed up on one and only one tree branch in a lemon orchard. It looks like citrus scab, sort of, but on only one branch of one tree. Some of the changes that you see in a tree can also be symptoms of a whole lot of other problems, like nutrients, Huanglongbing or herbicide damage.  Check out some of the symptoms:http://ipm.ucanr.edu/PMG/C107/m107bpfruitdis.html

Some chimeras are yet to be found out. This image of spiral tattooing showed up for several years ago in a Meyer lemon orchard. It was erratic and inconsistent in a tree, not typical of a chimera.  The orchard was finally removed because it wasn't making money.  Now it just seems like a dream and will never know if it was a true chimera. The word is getting out. If you have yellowish leaves, cupped/upright and the fruit is small, it may not be Huanglongbing (HLB), but it sure seems like all of my neighbors think so. It could be just lack of water, and in a drought, that could be the most likely cause. But there are other causes of symptoms that might be associated with HLB. Citrus Stubborn Disease causes these symptoms, but also distorted fruit and shriveled, discolored seeds, and bitter fruit like HLB. Under very hot conditions, leaves on some shoots may have misshaped, blunted yellow tips with mottling similar to the nutritional deficiencies seen in HLB. The leaves can have shortened internodes, so there's a bunchy growth habit like in zinc deficiency. Fruit are small, sparse and have early drop. Again, a lot like HLB. Even more so, though Stubborn can cause stunted, thin canopies. Misshapen fruit, though can be caused by bud mites in lemon, chimeras (spontaneous mutations) and Tristeza (a viral disease). Frost damage can add further to the confusion about symptoms that might be associated with HLB.

Citrus Stubborn Disease is a serious disease that leads to reduced fruit quality and yield. It occurs most commonly in oranges, but does show up in other citrus including lemon and mandarin. It's more commonly seen in older trees that were initially propagated with infected tissue, and growing in hot, dry environments. Unlike HLB, it doesn't lead to the death of the tree, just major loss of income. It's caused by a phytoplasma (a bacteria without a cell wall) and is spread by a leafhopper. There are other hosts like mustard and cabbage that can harbor the organism to be spread to new tissue and especially young trees. Warm winters favor the spread of the infected leafhopper, like we have had this winter.

So how do you distinguish between all the possible causes that look like HLB? HLB can be tested for as well as Tristeza. There are no commercial labs that check for Stubborn. It's basically a process of elimination then to decide to test for HLB or to think that the tree has the disease. So, know your trees and their history. Was there a freeze this winter? Know the effects and symptoms of drought and monitor soils and trees for water stress. Check for bud mite. It also takes time from the point of infected Asian Citrus Psyllid invasion to the time when symptoms of HLB start showing up in the tree. So keep your eyes open, but don't assume the worse at this point. 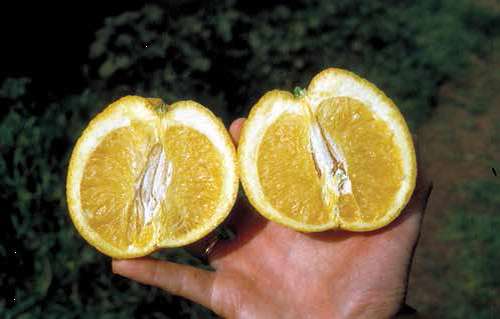 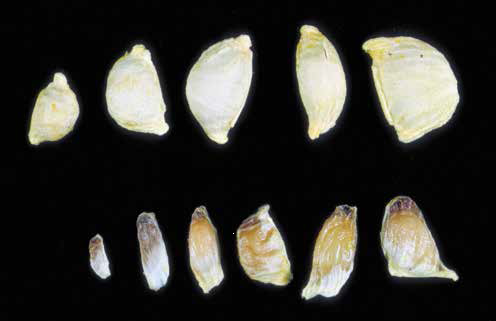 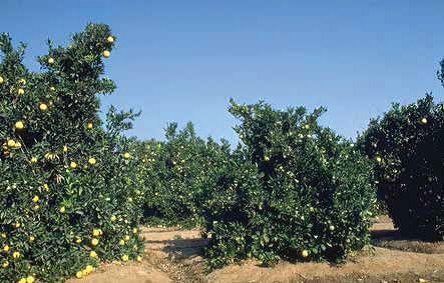