Are you interested in learning more about Nitrogen Management? Are you a Certified Crop Advisor seeking Continuing Education Units and/or preparing for the new California Nitrogen Specialty Exam? Have your grower clientele asked you if you are eligible to sign off on a Nitrogen Management Plan? Registration for the UC Nitrogen Management course is now open at http://ucanr.edu/NitrogenCourse. The UC Nitrogen Course is taught online through a video series delivered by UC Researchers and Extension Specialists. Each module is eligible for Certified Crop Advisor (CCA) continuing education units (CEUs). The course is open to anyone interested in learning more about N management in California.

The curriculum addresses all the learning objectives set forth by the American Society of Agronomy (ASA) for the new California Nitrogen Management Specialty Exam. The video series opens next week November 8, 2021.

For more information contact Sat Darshan Khalsa at sdskhalsa@ucdavis.edu or 707-205-7007 or visit their FAQ page [https://ucanr.edu/sites/nitrogencourse/FAQ/]. 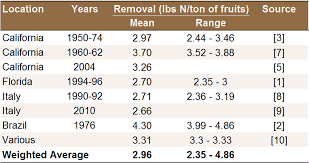 Nitrogen management plans (NMP) for California olive orchards are essential for the Irrigated Lands Regulatory Program and can increase net return. A good NMP has the potential to increase yield, improve oil quality and mitigate biotic and abiotic stresses while reducing nitrogen losses from the orchard.

Olives differ from other orchard crops in California in that they are both evergreen and alternate bearing. Individual leaves may persist on the tree for two to three years. Leaf abscission is somewhat seasonal, with most leaf drop occurring in late Spring. Rapid shoot expansion occurs on non-bearing branches during the hottest part of the summer (July-August) on ‘Manzanillo' olives in California. The fruit on bearing branches limits current season vegetative growth. Olives bear fruit on the prior year's growth, and the alternate bearing cycle is characterized by extensive vegetative growth in one year followed by reproductive growth the following year (Figure 1). With bloom occurring in late April to mid-May, fruit set can be estimated in early July, allowing for consideration of crop load while interpreting foliar nutritional analysis in late July-early August. Foliar Sampling for Nitrogen Analysis. By convention, foliar nutrient analysis is conducted in late July-early August in California. Fully-expanded leaves are collected from the middle to basal region of the current year's growth at a height of about 5-8 feet from the ground. To capture a general estimate of the nitrogen status of the orchard, samples should be taken from 15-30 trees, with approximately 5-8 leaf samples collected per tree. Leaves for analysis should only be collected from non-bearing branches. Growers may find it beneficial to make note of the ON and OFF status in the historical records of each block. The orchard bearing status, combined with anticipated yield and foliar analysis will guide decisions for nitrogen applications the following year. Estimation of nitrogen removed from the orchard. The easiest component of orchard nitrogen loss to estimate is the nitrogen in the harvested fruit. A ton of harvested olives removes approximately 6-8 lbs of nitrogen from the orchard. The quantity of nitrogen in the fruit varies slightly between olive varieties (Table 1). Growers can use the Fruit Removal Nutrient Calculator for Olive on the California State University, Chico (CSU Chico) website to gain estimates of N removal by the three oil varieties (Arbequina, Arbosana, and Koroneiki), and the Manzanillo table olive. This tool was developed by Dr. Richard Rosecrance (Professor, CSU Chico) and Bill Krueger (Farm Advisor, UCCE). To access the Fruit Removal Nutrient Calculator for Olive, visit the following URL:

Pruning may generate a second component of nitrogen loss from orchards. The best practice to mitigate nitrogen loss from pruning is to reincorporate the pruned material into the orchard floor by flail mowing. The nitrogen in this organic material will gradually become available to the trees through mineralization.

Nitrogen Use Efficiency. Not all the nitrogen supplied to the orchard from fertilizer and other inputs (ie. organic matter, irrigation water) is utilized for tree growth and crop production. A fraction of nitrogen is lost from the orchard ecosystem through processes such as runoff, leaching, and denitrification. Efficiency varies among orchards, with some orchard systems exhibiting higher nitrogen utilization rates than others. The efficiency generally varies from 60% - 90%. Higher values denote more efficient use of nitrogen inputs. To estimate the amount of nitrogen to supply an orchard, the demand is divided by the estimated efficiency. For example, if nitrogen demand is 50 lbs. per acre and efficiency is estimated at 0.8, then 62.5 lbs. of nitrogen per acre should be applied. Summary. Nitrogen management plans are site-specific and designed to meet orchard and crop demand while reducing environmental losses. Nitrogen utilization is never 100% efficient. Nitrogen use efficiency can be maximized by minimizing losses from irrigation and fertilization practices while utilizing foliar analysis and knowledge of alternate bearing status to fine-tune applications.

Are you interested in learning more about Nitrogen Management?

Are you a Certified Crop Advisor seeking Continuing Education Units and/or preparing for the new California Nitrogen Specialty Exam?

Has your grower clientele asked you if you are eligible to sign off on a Nitrogen Management Plan?

The course is open to anyone interested in learning more about N management in California. The curriculum addresses all the learning objectives set forth by the American Society of Agronomy (ASA) for the new California Nitrogen Management Specialty Exam.

You may join the course at any time up until July 31st.

Avocado Leaves - on the left, low N; on the right, sufficient 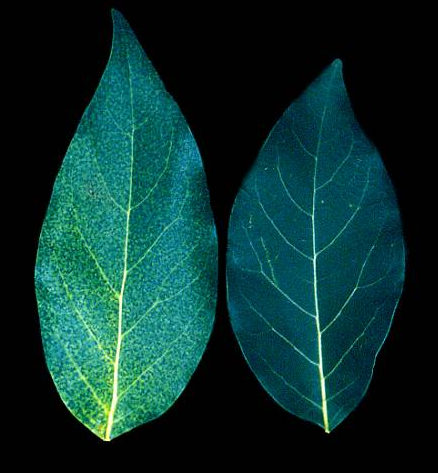 Nitrogen is the nutrient plants require in the largest quantity for better yield and quality. Nitrogen is also an integral constituent of proteins, nucleic acids, chlorophyll, co-enzymes, phytohormones,and secondary metabolites, and its deficiency can negatively affect yield. Nitrogen-deficient plants are stunted, with narrow, small, pale leaves. Excessive N application increases vegetative growth and susceptibility to diseases that infect fruit, kill spurs, and reduce yields in subsequent years. Managing nitrogen is critical to tree health and productivity, and active understanding of how it plays in the general horticulture of the tree is critical.

In response to evidence of nitrate pollution of groundwater in California, the various Regional Water Quality Control Boards have adopted regulatory programs to protect groundwater resources that requires growers to use best nitrogen (N) management practices to reduce nitrate loading. As a help to growers, this publication has been created to optimize N use efficiency in citrus and avocado crops with the outcome of reducing N leaching.