In a couple of days, we will be moving back to Sonoma County, so this will be my final blog for the Solano Program.  We will miss being in this nearly frost-free climate of zone 17, but we are happy to be back in a forested rural area.  Our home in Occidental is in Sunset’s zone 15, where winter temperatures can dip into the upper 20’s during a cold snap.  The New Sunset Western Garden Book shows a detailed climate zone map of the entire Bay Area (pages 32,33), including the inland Delta areas.  Aside from the milder zone 17, Solano County includes a big chunk of zone 15, 14, and 9, which is near Vacaville.

One way to beat the frost is to plant the most sensitive plants, like Lantana (Lantana camera) with some other more frost hardy plant, like California lilac (Ceonothus spp.) (see photo), seen cascading over a retaining wall in my neighborhood.  The evergreen foliage protects most of the sensitive parts of the Lantana as an unexpected symbiosis.

For those of you like me who can’t stand to go without a Bougainvillea (Bougainvillea spectabilis), my solution to zone 15 living is to pot them, which makes them portable and easily placed in a protected place during a frost alert.  (see photos)

Break out the Frost Covers

And yes, I’ve found that you can have avocados (Persea americana) in zone 15.  But you do have to keep the frost covers handy during the coldest months.  We have two at our Occidental condo, and I got the hardiest ones I could find: ‘Mexicola’, which is very cold hardy to 20 degrees F.   The Meyer lemon (Citrus x meyeri) is also a favorite of mine.  It’s best to get early ripening varieties in frost prone areas, because fruit is damaged at several degrees below freezing.  However, frost covers can raise the temperature by 6 degrees, which often is just enough to protect the fruit.

I had given up on trying to grow apricots (Prunus armeniaca) in zone 15, but recently I found two late blooming varieties: ‘Harcot’, and ‘Harglow’.  The latter is also disease resistant.  So, I’ll be putting one or two dwarfs in, in another month or two. 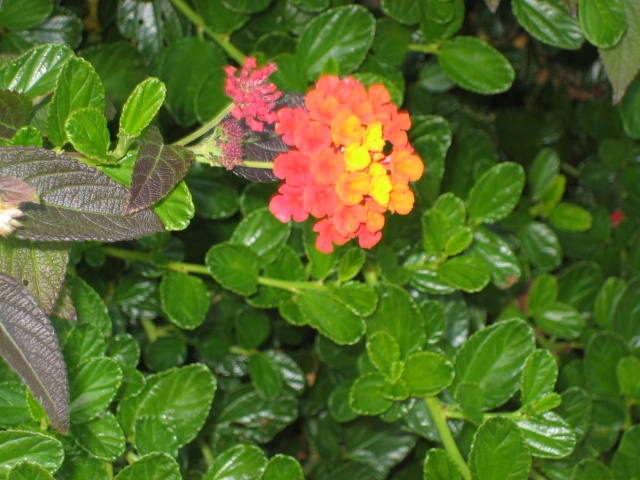 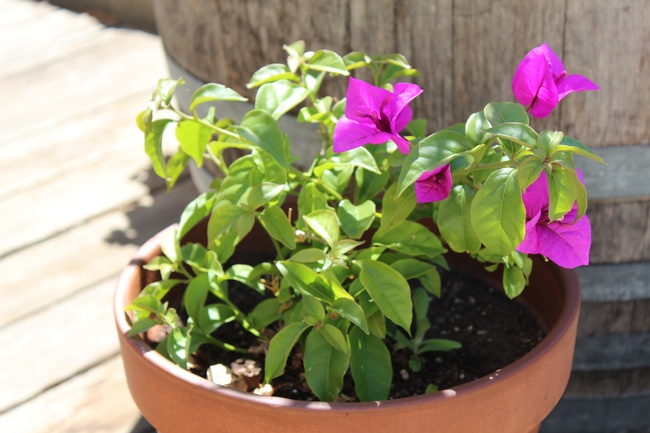 Bougainvillea beauty in a pot. 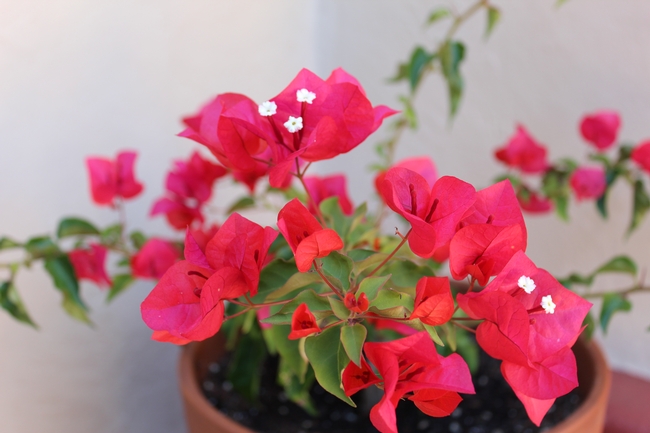 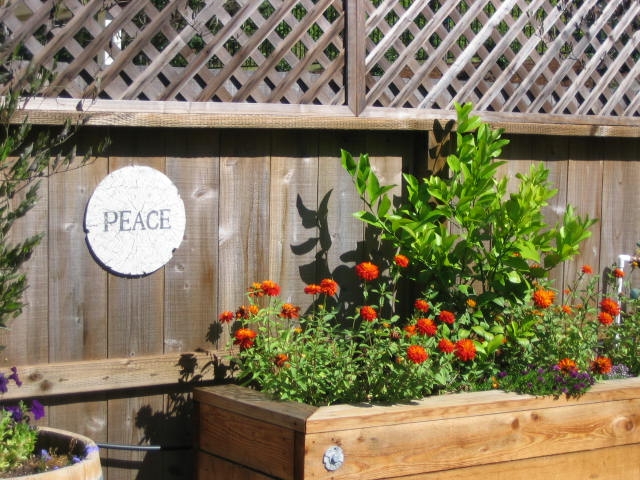 A couple years later and now we are both retired.  We decide to pull out another mow strip in front and put in some nice perennials and herbs.  We are now cooking alot more and fresh herbs are always a good idea.  The dogs play in the backyard so the herbs were much safer in the front.  Also, we were beginning to think it would be nice to have some plants that aren't as attractive to insects and disease as our roses have proven to be. I was spending a lot of time with my Sunset New Western Garden Book looking up rose disease and pest solutions by now and had begun to notice that many perennials had some pretty nice features. An almost completed conversion of the middle bed. (photo by Trisha Rose)

So the middle strip of lawn between the walkway up to the front door and the driveway eventually got dug out.  Since our two dogs love their daily walks around the neighborhood and I am the designated dog walker,  I am noticing more what is going on with the neighbor's gardens and appreciate what is blooming and doing well or not.   Have I mentioned that it is very windy in the front yard as our street faces the Carquinez Strait.  There is virtually nothing to slow down the wind so the plants have to be sturdy enough to withstand both the long exposure to sun and frequent day long winds. These same winds, I suspect, have also played a role in spreading some of our most prevelent rose diseases and pests amongst our neighbors, namely rust, black spot, mildew and the most invasive of all, the aphids.  Thank you perennials for entering our lives.

As we planted our newly dug out mow strip, just by luck did we choose a Lantana montevidensis 'Confetti' to anchor this garden area. I can't claim to have studied a book or website to make this decision.  The Lantana was just sitting very prettily near the entrance to Mid-City Nursery the day I had chosen to make some plant purchases.  This plant has proven to be one of the hardiest and most prolific bloomers in the garden.  It has stood up to my trimming and shaping with a vengence.  It has become a real stunner as it is now shaped as a small bushy tree with branches that bend gracefully with many blooms.  Besides the many people that like this plant, it has attracted Monarch butterflies each year along with bees and many different birds that are attracted by the berries in late summer.  We have added many herbs including Origanium vulgare, Salvia officianalis, and Thymus vulgaris. Besides the herbs, we have added Aloe attenuata and arborescens, Coreopsis, and many, many different succulents.  This old mow strip has really turned into a joyful garden. So with success brings confidence.  As we shape our gardens we continue to learn what grows well, and looks good. and when it is time to shovel prune an intruder or poor student as in the case of many of those early rose choices.  Truthfully we haven't had to shovel prune much, we have grateful neighbors with more patience and know how who have been happy to give new homes to our cast-offs.