Farmers are disappointed Trump has scrapped TPP
Published on: January 24, 2017 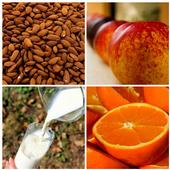 California farmers could have reaped substantial profits if the 12-country Trans-Pacific Partnership had become law, reported Robert Rodriguez in the Fresno Bee, but President Trump pulled the U.S. out of the deal.

Rodriguez spoke with Daniel Sumner, director of the UC Agriculture and Natural Resources'

Although President-elect Donald Trump repeatedly said he was against the proposed Trans-Pacific Partnership (TPP) during the presidential campaign, a UC Agriculture and Natural Resources expert says he may moderate his position once he is in office, reported Julia Mitric on Capital Public Radio.

"The Trans-Pacific Partnership is an attack on America's business. It does not stop Japan's currency manipulation. This is a bad deal," Trump was quoted in a 2015 article on CNN.com. TPP was negotiated by the... 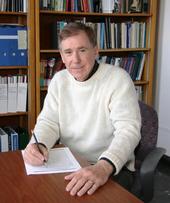 President Obama won support from Congress in October for the Trans-Pacific Partnership (TPP), a proposed trade deal that would boost California agricultural exports by billions of dollars, reported Ken Wayne of KTVU TV in San Francisco. A vote on the deal is expected in Congress next summer, but may be delayed until after the 2016 election.

If passed, the TPP would open up ag trade with countries like Vietnam, Japan, Australia and Malasia, who are clamoring for California fruit, vegetables, nuts and wine. China is not part of the proposed trade deal.

Wayne's story featured clips from a lengthy interview with the director of the...