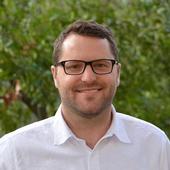 California's fresh water fish are in trouble, and not just because of the drought, reported Lori Pottinger in the Viewpoints blog published by the Public Policy Institute of California.

Pottinger asked Ted Grantham, UC Cooperative Extension specialist in the Department of Environmental Science Policy and Management at UC Berkeley, whether the state's fish are adapted to periodic droughts.

Drought is one stressor, he said, but there are additional factors imperiling fish.

"California's native fish have been in steady decline for at least 50 years — in part due to dams, habitat...

Despite frequent rain since the New Year, the water levels in two Monterey County lakes aren't rebounding at the same rate as drought-stricken lakes in other parts of California, reported Ramin Skibba in the Monterey Herald.

The Monterey County lakes don't fill as quickly as other lakes - such as Shasta, Folsom...

A drought recovery demonstration Jan. 19 at an almond orchard in Modesto generated significant news coverage. UC Agriculture and Natural Resources (ANR) researchers based at UC Davis and UC Cooperative Extension advisors are collaborating on a study aimed at recharging the aquifer by flooding farm fields during the winter. In many areas if the state, the aquifer has been depleted by farmers trying to cope with years of drought.

UC ANR's Samuel Sandoval Solis is featured on the cover of Vision Magazine.

The cover story in the most recent issue of Visión Magazine details the passion and expertise of UC Agriculture and Natural Resources' water resources scientist Samuel Sandoval Solis, a UC ANR Cooperative Extension specialist based at UC Davis.

Removing landscaping in urban areas to adapt to the California drought carries a gamut of potential repercussions on wildlife and the environment, reported LA Weekly. Two of Gov. Brown's water conservation rules - withholding water from grassy road medians and encouraging residents to remove their lawns - are taking an unexpected toll.

The subject was raised recently by two University of California Agriculture and Natural Resources (UC ANR) experts in a position paper they published on their website, the story said.