It's raining in California, but drought concerns haven't been quenched
Published on: February 6, 2014

A storm is dropping some much-needed moisture in California today, but the drought drags on. Using UC sources, the media has been reporting on the effect of a prolonged rainless period this winter and well-below-average rainfall the last three years.

A story in the Los Angeles Times this week opened with the concerns of cattle ranchers. Without winter rain rangeland grass doesn't grow. Ranchers must decide whether to buy expensive feed or cull their herds to weather the drought.

"Their struggle is a bellwether for California's $45 billion agriculture sector," wrote reporter David Pierson. The repercussions will be felt beyond the state's borders. "The Golden State produces nearly half of...

Nevada County's first Sustainable Local Food and Farm Conference, slated for this Saturday, is already a sell out, testifying to the growing interest in local food production in this Sierra Nevada foothill community.

Strong grassroots efforts to link consumers with farmers are making Nevada County a force in the foothills, according to an article about the conference in The Union.

“It's one of the more advanced areas. There's kind of that mindset already here,” the article quotes Roger... 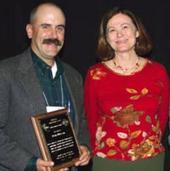 The article said Macon is among Placer County's most successful and sustainable meat purveyors. He sells his product to local restaurants and as part of the Sierra Foothills Meat Buyers Club.

In addition to producing meat, Macon contracts with other farmers to "mow" their cover crops.