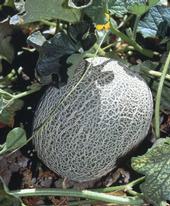 A listeria outbreak in Colorado last fall resulted in 30 deaths and more than 146 illnesses.

The Colorado farm linked to a deadly listeria outbreak last fall is 1,300 miles away, but the tragedy changed a way of life in Mendota, Calif., the Central Valley farm town that proudly calls itself the Cantaloupe Center of the World, said an article in the Los Angeles Times by Diana Marcum.

Suslow said that the FDA does not make a definitive statement on a single safe method for postharvest handling of cantaloupe. Photo from the Postharvest Technology of Horticultural Crops

An article in The Denver Post by Michael Booth and Jennifer Brown discussed the possibility of criminal charges against Jensen Farms for its involvement in the cantaloupe listeria outbreak. The article discusses the history of legal charges made in food poisoning cases,  including issues of willful negligence.

Trevor Suslow, UC Cooperative Extension food safety specialist at Davis, was told by the farm owner that they believed the postharvest system used in conjunction with the outbreak was an improvement over their previous methods — though Suslow disagrees. He acknowledges, however, that the FDA does not...

Microbes can be hard to remove from the rough skin of cantaloupe.

In a New York Times story about the listeria outbreak linked to cantaloupes grown in Colorado, Trevor Suslow, a Cooperative Extension specialist at UC Davis, explained how bacteria can adhere to the melon's rough skin. Reporter William Neuman quotes Suslow as saying, “You have these tremendous hiding places, if you will, nooks and crannies, lots of areas for microbes to get in and attach and hide.”