Unseen for decades in the LA River, environmentalists continue search for steelhead trout
Published on: May 20, 2014

The endangered species hasn't been found in the LA River since 1938, around the time the waterway was lined with concrete for flood control. The volunteers hope to document a steelhead trout in the river in order to trigger greater scrutiny and perhaps tighter regulations to support the species.

"We would know that even though this river has been so heavily degraded, conditions are appropriate for the species' return," said 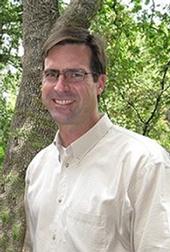 Fines levied for fish and wildlife violations in Marin County will fund a slate of programs to enhance local fish and wildlife resources and public education programs, according to the Marin Independent Journal.

The funding is being allocated by the Marin County Fish and Wildlife Commission, which is staffed by UC Cooperative Extension director and watershed management advisor Dave Lewis. He reported that reduced state and local allocations resulted in the commission limiting its recommendations for grant disbursements in 2011. 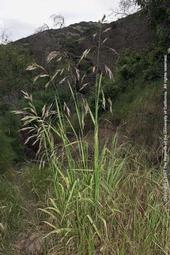 The economic benefits of dedicating some farmland to grow native plants are not well understood. But for Winters farmer John Anderson, the question is less one of dollars and more one of sense, according to an article in the Vacaville Reporter.

As part of a Food Systems and Sustainability Symposium held at the UC Davis Agricultural Sustainability Institute recently, participants toured Anderson's Hedgerow Farms, where he produces more than 60 native plant species on 400 acres.

WPCS, a publicly traded company that provides wireless infrastructure and communications systems, issued a press release this week announcing $9 million in new contracts, including one for UC Cooperative Extension. According to the release, which was picked up by numerous business Web sites, including the International Business Times, UCCE selected WPCS to deploy a wireless data collection network.

"The project entails the deployment of wireless devices powered by solar energy located at certain watersheds throughout the state," the release says. "These wireless devices will obtain data on the volume and chemical composition of the...