One hundred years ago, UC Cooperative Extension was established in Humboldt County, California, a full year before the tide swept across the United States driven by the U.S. Congress Smith-Lever Act of 1914, which created such programs to serve farmers and rural families throughout the country.

The Humboldt's pioneering UCCE program was featured in a story that appeared in the Eureka Time-Standard. The rest of the UC Cooperative Extension programs will mark their 100th anniversary next year.

In 1913, the Humboldt timber and agriculture industries were anticipating passage of the Smith-Lever Act when they organized the first farm bureau and allocated county funding to support the extension effort. That year, Humboldt County was assigned California's first farm advisor, Andy Christiansen of Ferndale.

”We really were an economic powerhouse when you think about it,” Valachovic said. “We were quite large in population, we were producing lots of goods. So it made some sense that the University of California and Humboldt County and the farmers would all come together and say, 'alright, let's figure out how to enable and put better scientific expertise within our community, so that we can work on improving our practices and improving our production and improving our overall sustainability.'” 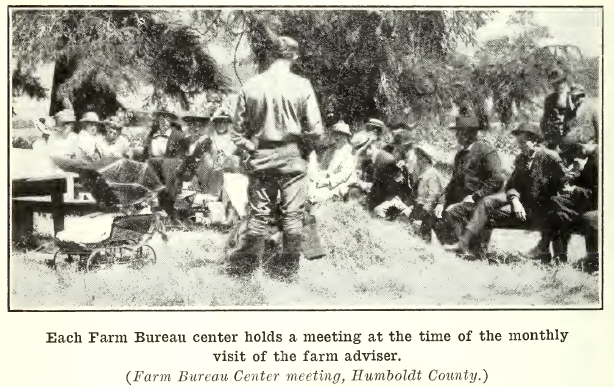