Verticillium wilt continues to be one of the most potentially damaging diseases caused by soilborne pathogens in strawberries grown in California.  Historically Verticillium was the primary target against which soil pathogen mitigation, i.e. pre-plant soil fumigation, avoidance and crop rotation, and breeding for plant resistance, in strawberries was been directed.

Verticillium wilt symptoms: Early symptoms consist of stunting, delayed development, and the yellowing of lower leaves. As disease progresses the older leaves wilt, dry up, and become brown; typically the younger, central leaves of the plant remain green until the plant dies and all foliage turns brown (Figure 1). In contrast to Verticillium wilt of other crops such as lettuce, vascular discoloration in strawberry crowns may be subtle or absent (Figure 2). Strawberry disease symptoms can be accentuated if the infected plant is subject to stress such as from environmental extremes or mite infestations.

Verticillium forms a survival structure, the microsclerotium, which allows the pathogen to survive unfavorable conditions and persist between host crops (Figure 4). Microsclerotia are dense masses of thick, dark (melanized) cells that form inside host tissues and are released into the soil when crop residues break down and decay. Researchers have developed methods for measuring the population of viable microsclerotia in soils; such measurements (microsclerotia per gram of soil [ms/gram]) can give growers and others an estimate of potential threat to strawberry plantings. Strawberry has a very low threshold tolerance for Verticillium. A soil test result of 3 ms/gram likely indicates that some disease may develop on the subsequent strawberry crop. With a soil test result of 10 or more ms/gram, strawberry should probably not be planted unless soil fumigation is planned. The picture below is of a field with an average of 30 ms/gram at the end of July (Figure 5).

Disease Development: Verticillium microsclerotia germinate in the soil when activated by exudates from the host plant roots.  Once penetrating the plant root, the fungus grows up into the xylem (the water conducting elements of the plant), degrading the cell walls and most likely releasing toxins. This type of colonization is called a systemic infection. Systemic infections interfere with the plant’s ability to conduct water. For this reason, infected strawberry plants will wilt during times of high water demand, such as during hot and dry weather, if the plant is improperly (too dry) irrigated, or if bearing a heavy fruit load. Diseased plants that show some dieback symptoms may recover if the stress conditions subside; however, such plants are not likely to be as productive as unaffected, healthy plants.

The pattern and distribution of Verticillium wilt disease in the field can be extremely variable and does not necessarily correspond with low spots, heavy soil, or improperly irrigated areas. In contrast, such field conditions may correspond with patterns of Phytophthora crown rot. Instead, many times Verticillium wilt affected plants can be found distributed all over the field, perhaps as individual plants or as patches of affected plants.

Plant Breeding for Resistance: Strawberry plants genetically resistant to V. dahliae are not yet available commercially. However, resistance should play a big role in the future mitigation of Verticillium wilt in strawberry, though development of completely resistant cultivars has not been easily attained. In a research report (California Agriculture, January/March 2010), it is pointed out that intensive selection for Verticillium resistance resulted in a few genotypes that demonstrated a great amount of resistance when inoculated with the pathogen; however, these selections suffered some yield loss under intense disease pressure.  Furthermore, these highly resistant genotypes all expressed “substantial deficiencies for horticultural or productivity traits,” meaning they weren’t producing the quantity or quality of fruit that we have come to expect in California.

Even so, the University of California strawberry breeding program has made significant advances in improving genetic resistance to Verticillium.   Starting in the late 1980s, less than 40% of the genotypes used in the UC breeding program had moderate tolerance to V. dahliae; twenty years later, between 80 and 100% of the genotypes used had such tolerance.

An alternative soil treatment being tested and demonstrated in several commercial fields is anaerobic soil disinfestation (ASD).  ASD works by inducing an anaerobic (oxygen-less) condition in soils that are amended with a carbon source. The resulting proliferation of oxygen-consuming microbes shifts the soil ecology and microbial diversity, resulting in suppression of pathogenic organisms. Researchers are continuing to develop and fine-tune this method.

Biofumigation is another soil treatment that can reduce Verticillium numbers in the soil. Broccoli crop residues release chemicals that both directly reduce Verticillium propagules as well as affecting the soil microbial diversity, which can suppress the pathogen. While mustards and other cruciferous plants show similar effects, broccoli appears to be one of the best choices for this soil biofumigation treatment. A crop rotation that includes broccoli will have the same suppressive effect, since the harvested broccoli florets are not needed for biofumigation to take place.

Sanitation: Being a soilborne pathogen, V. dahliae is readily spread between fields in mud and dirt adhering to equipment and vehicles. Growers should therefore beware of moving contaminated equipment from infested fields into “clean” fields. Because diseased strawberry plants are infested with microsclerotia, strawberry crop residues should not be moved into other fields.

Crop rotation: Crop rotation is a key IPM practice that will help lessen the threat from Verticillium wilt. Consecutive, back-to-back plantings of strawberry is a risky practice if the field has a history of Verticillium wilt and if effective fumigants are not used.  Fields which have been recently planted to lettuce, artichoke, and Solanaceous family crops (potatoes, eggplants, and tomatoes) should likewise be avoided if Verticillium wilt has occurred and if soil fumigation is not implemented. Weeds that are hosts of V. dahliae may not play a critical role in disease development but should be controlled in any case.

Other alternatives: Another experimental alternative to chemical control is the use of organic substrates, such as coconut peels (coir) or peat moss, which are used as the rooting medium in place of the soil but are kept completely separate from the soil by cloth barriers. The substrates are poured into cloth-lined furrows that are constructed into the beds. The intent of this approach is to create a pathogen-free zone above the field soil. This method is still being tested.

Finally, there are a series of commercially available biological fungicides which purport to competitively exclude pathogenic fungi such as Verticillium from the surface of the root, or which produce toxins inhibitory to pathogen growth.   These materials likewise still require research and demonstration of efficacy under field conditions.

The above has been a discussion the biology and management of Verticillium wilt disease in strawberry.  There are pesticides mentioned for the management of Verticillium in this article.  Before using any of these products, check with your local Agricultural Commissioner’s office and consult product labels for current status of product registration, restrictions, and use information.

(The authors thank K. V. Subbarao for assistance with this report.) 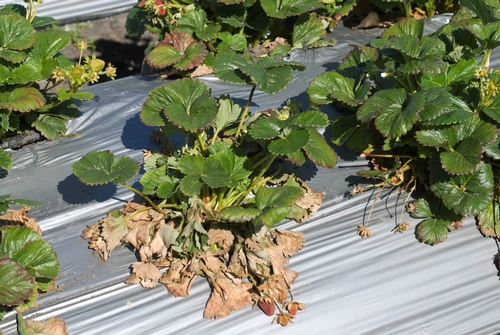 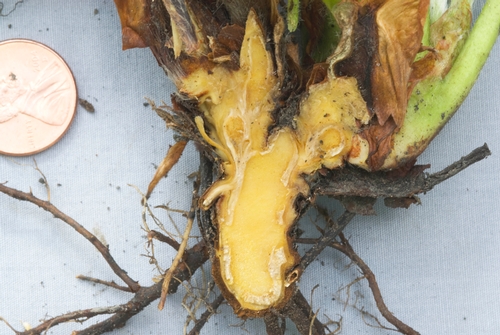 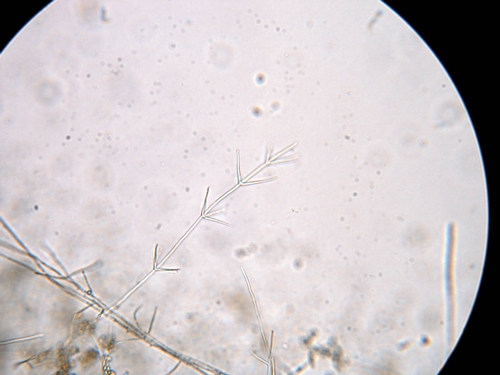 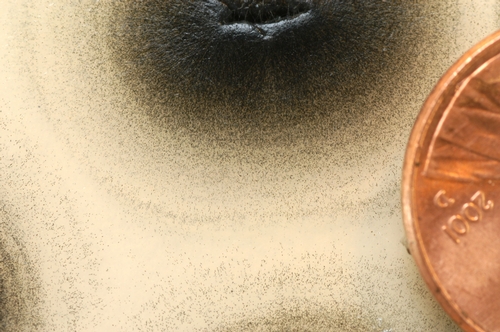 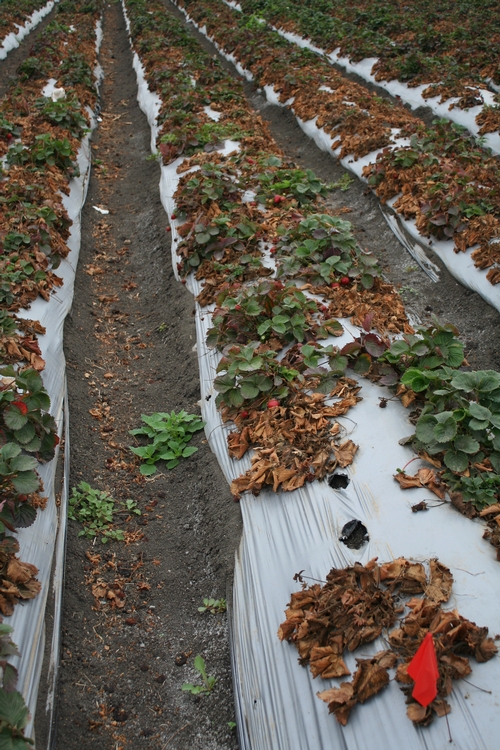