On October 7, 2013, the U.S. Department of Agriculture Food Safety and Inspection Service issued a Public Health Alert that linked Foster Farms chicken produced in three California facilities to illnesses caused by salmonella. Since then, according to the CDC website, Costco's El Camino Real store in South San Francisco has recalled over 23,000 units of rotisserie chicken products, and 25 ill individuals have been identified after eating products purchased at the Costco location. In California alone, 252 have reported illnesses linked to salmonella.

According to a study conducted by Chantal Toledo and Sofia Berto Villas-Boas in an ARE Update published by UC Davis' Giannini Foundation of Agricultural Economics, consumers tend to respond to food scares and government warnings. This is consistent with a Sacramento Bee report announcing a 25 percent decrease in the sale of Foster Farms chicken. The study also suggests that, in the case of an outbreak, consumers don't always switch to alternative brands. The 2010 egg recall resulted in an overall drop in egg sales because consumers did not switch to alternative egg brands. Although it is too early to determine a change in overall chicken sales, Julia Thomas at the Sacramento Natural Foods Coop has reported a 10 percent increase in chicken sales since the salmonella outbreak. According to Thomas, foodborne disease outbreaks are good for the organic food movement.

The UC Davis School of Veterinary Medicine is planning a series of experiments to better understand Salmonella Heidelberg, the strain of salmonella found in Foster Farms Chicken, which has been a problem for the poultry industry in California and has been associated with human outbreaks since last year. Using molecular techniques, the experiments will study gene expression and determine a better characterization of the strains involved in the outbreak.

The School of Veterinary Medicine is also collaborating with the Animal Science Department at UC Davis and UC Cooperative Extension to leverage DNA sequencing in order to better understand the virulence of Salmonella Heidelberg and it's potential to cause disease under processing conditions.

Concerned about your own chickens? "The CAHFS Lab System routinely provides diagnostic support for commercial, small flock and backyard poultry producers in California," says Richard Breitmeyer, director of the the California Animal Health and Food Safety (CAHFS) Lab System at the UC Davis School of Veterinary Medicine, "including testing for salmonella." More information can be found on their website. 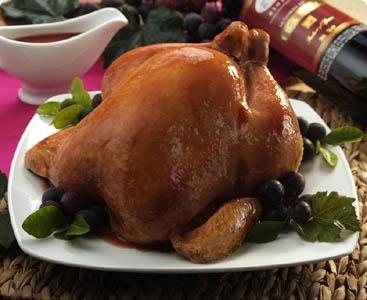