Lygus bug (Lygus herperus) (Figure 1a) continues to be a major pest of strawberry in northern Central Coast of California. The feeding injury on the young developing fruits results in catfaced fruits (Figure 1b) rendering them unmarketable. Management of lygus bug in strawberry is always been a challenge because of lack of effective insecticides with desirable attributes such as short pre-harvest intervals (PHIs). Moreover, the insecticides registered on strawberry for lygus bug control have been used over and over in the same season and it is likely that lygus bug developed resistance to those insecticides.

In 2015, an insecticide trial was conducted to evaluate the efficacy of newer insecticides registered on lygus bug. The details on insecticide products, active ingredients and rates are shown in Table 1. The newer insecticides tested were Sivanto and Sequoia. Sivanto is registered on strawberry with the maximum rate 14 fl oz per acre. Sequoia is not registered at this moment and rate tested is 2.88 fl oz per acre which is lower than 4.5 fl oz or 5.75 fl oz per acre tested in the previous years. The study was a replicated (5 replications) and the treatments were randomized. The plot size was ten 65-feet long beds which is fairly large for insecticide trial in a commercial strawberry field. First broadcast-spray application of insecticides was done on 13 June 2015 followed by a second broadcast-spray application on 20 June 2015. The insecticides were applied using commercial tractor mounted sprayer. The water volume used for both the applications was 200 gal/ acre. Dynamic (surfactant) was added at 0.25% v/v.

Beat-trays were used to sample insect populations (Figure 2). Twenty strawberry plants were sampled and the sampling consists of five strikes per plant with the lid of a regular sized Rubbermaid container. Sampling was done a day before application then at 3 and 7 days after first application then 3, 7, 14, 21, and 28 days after second application. The insect samples were bagged, transported to the laboratory and stored in the freezer for later evaluation in the laboratory. The samples were evaluated for all nymph stages and adult of lygus bug, thrips, predators (damsel bug, minute pirate bug, bigeyed bug, rove beetle, and spiders) (Figure 3) and parasitoids. In addition, 100 fruits were randomly sampled from each plot at 28-days after second insecticide application. The fruits were evaluated for lygus bug injury or “catface” and other unmarketable symptoms such as rot, spit strawberries etc. 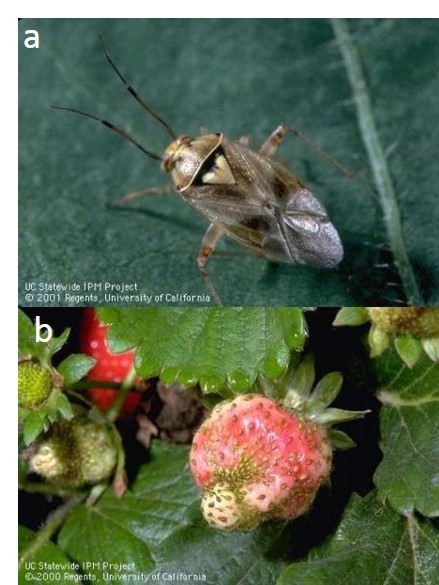 Figure 1. a) Lygus bug adult, and b) Catfaced strawberry fruit 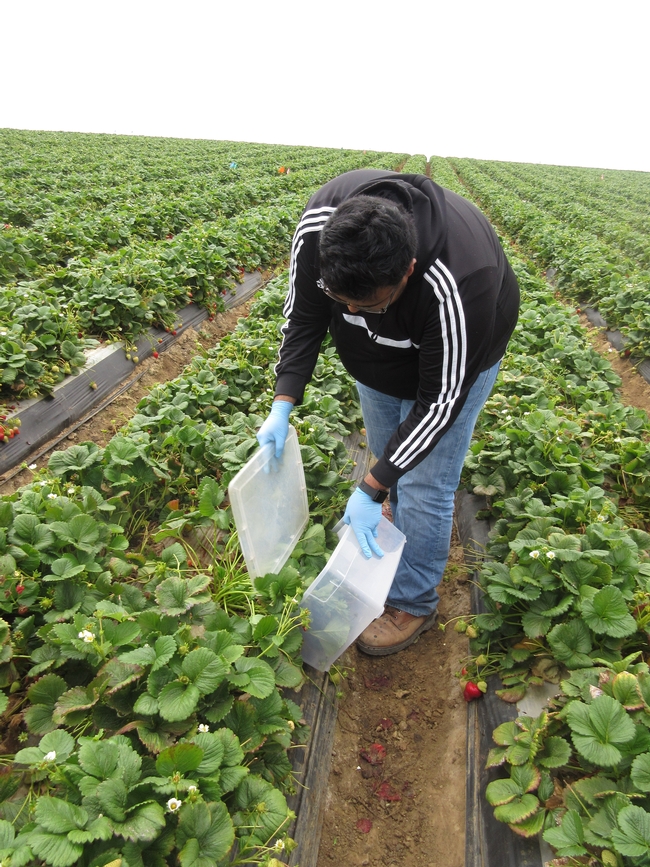 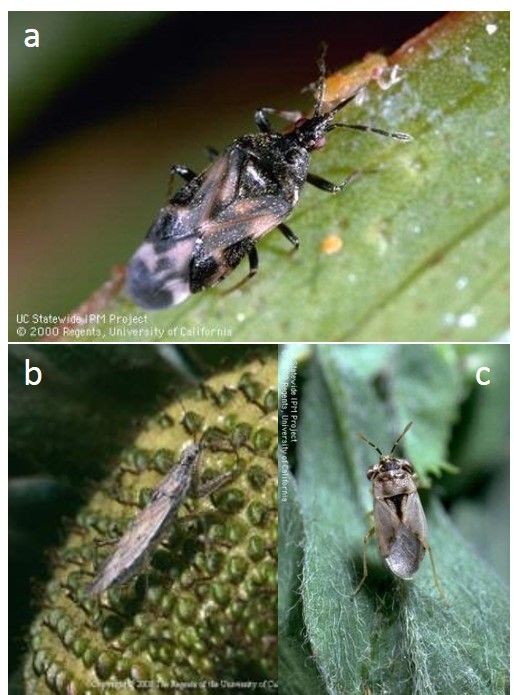 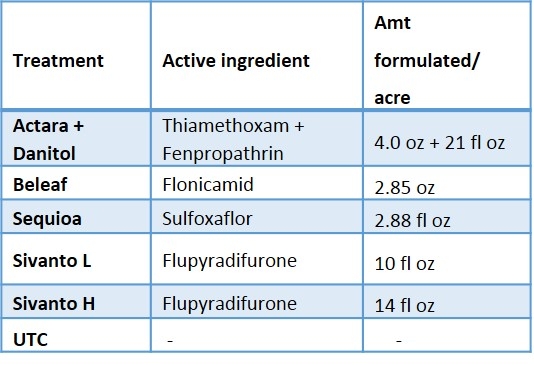 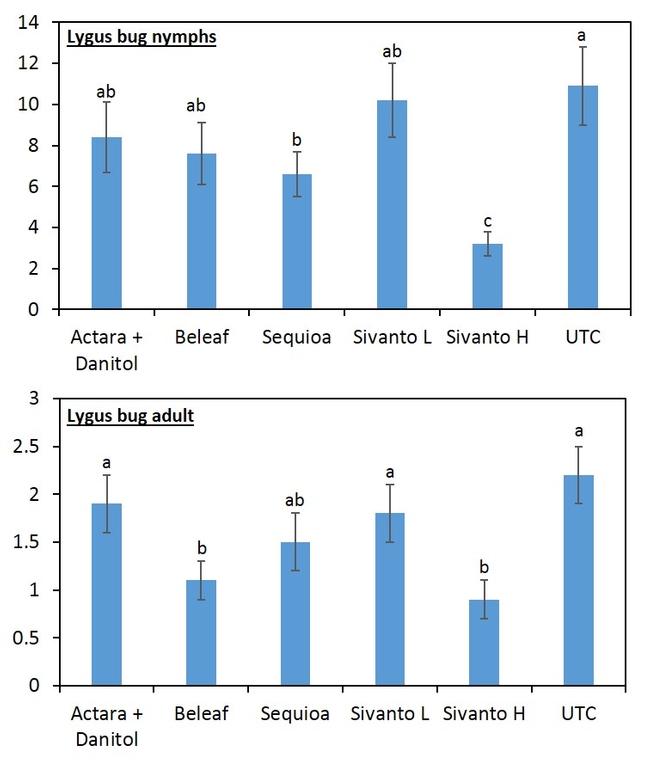 Figure 4. Lygus bug nymphs and adult count based on 20 beat tray samples. The same letters above the bars suggest not different. 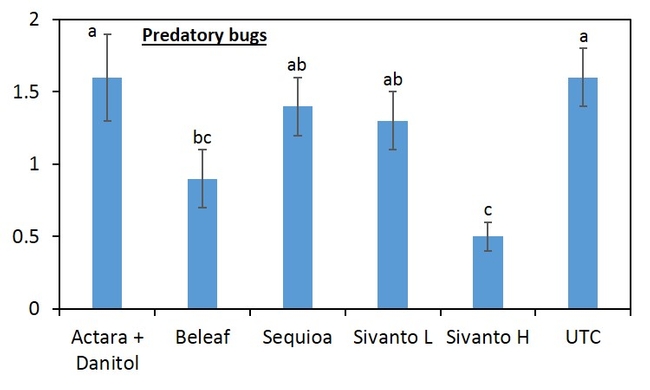