You come on a leaf with the margins munched on. It's got to be a beetle or a looper or some insect doing the damage, right? Not necessarily. It's not time to drag out the Raid. Look at the damage closely. In the photos below you can see the dead leaf margins caused by either salt damage or more likely leaf blight. Leaf blight is a disease that shows up with water stress and is caused by a fungus, one of the Botryoshpaerias. It causes an uneven marginal necrosis that goes along the margin in a somewhat irregular pattern and often not at the leaf tip. In this case it does affect the leaf tip, and since salt burn and leaf blight are caused by the same conditions of water stress, it's probably a bit of both.

Lepidopteran larvae will more commonly feed in a smooth pattern, not the rough pattern seen here. Now with this dead tissue, the wind blows it out, and what's left is the uneven margin. No it's not time to spray an insecticide. It's time to reflect on irrigation. There's a lot of this damage out there now. On avocados, citrus, landscape plants. It's going away until the leaves drop and are replaced with new ones, that will hopefully be well hydrated by rain and proper irrigation.

Bottom is necrotic tissue that the wind has blown out 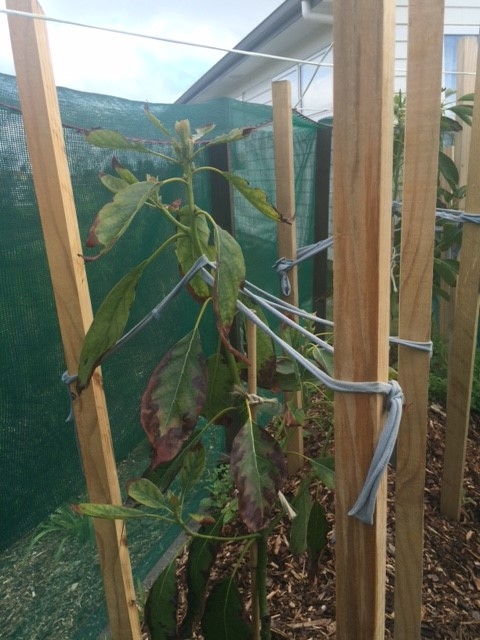 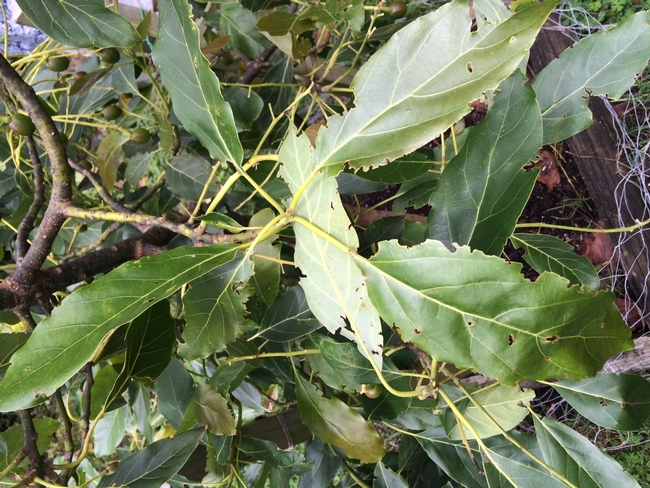