You gotta love those 'cats.

Gulf Fritillary caterpillars (Agraulis vanillae) are always hungry. They're as hungry as teenagers returning home from a marathon swimming meet or from a double-overtime basketball game. As soon as they step in the front door, it's off to the refrigerator. What's to eat? I'm starving! When's dinner?

Gulf Frit caterpillars are like starving teens.  The 'cats will eat everything in sight--the leaves, buds, flowers and stems of their host plant, the passionflower vine (Passiflora). "Host plant" is a good word--you be the host, Passiflora, and we, the Gulf Frits, will eat it all. Everything.

In fact, Gulf Frit caterpillars will compete for food and knock one another around. When food is scare, they'll engage in a little cannibalism.

If you have a healthy passionflower vine and a good supply of Gulf Frits, chances are your plant will be skeletonized by the end of the season. The 'cats will eat heartily,  form a "J," spin into a chrysalis, and voila! An adult butterfly will eclose.  That's what butterflies do.

Some folks don't like Gulf Frits skeletonizing their passionflower vines. They grow them for the passion fruit and for their floral beauty. And when the Gulf Frits take over and decimate the plants? "We look like bad gardeners," lamented one UC Master Gardener. 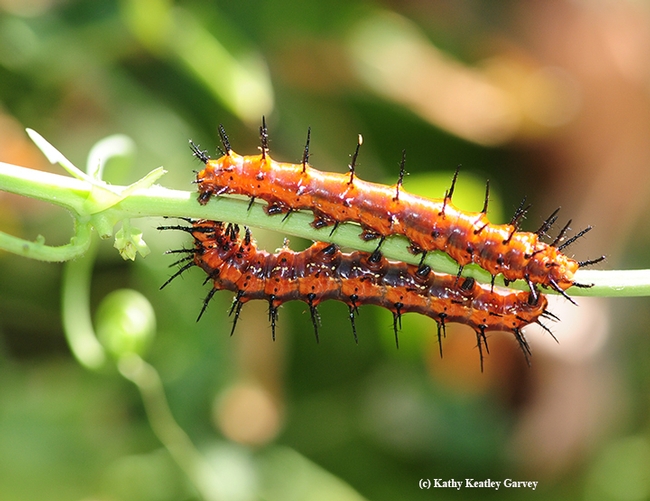 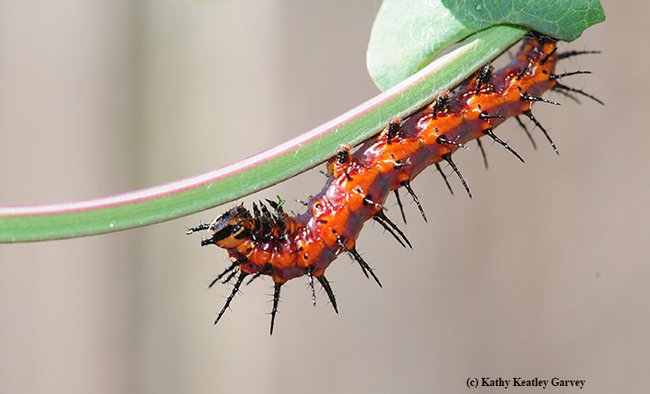 Always hungry, the Gulf Fritillary caterpillar is not one to turn down food. (Photo by Kathy Keatley Garvey) 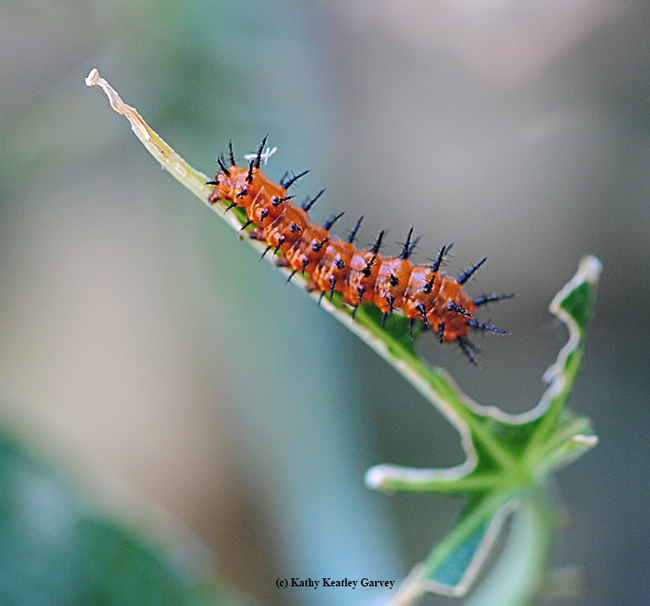 Here we go! Wonder how much food is over there? (Photo by Kathy Keatley Garvey) 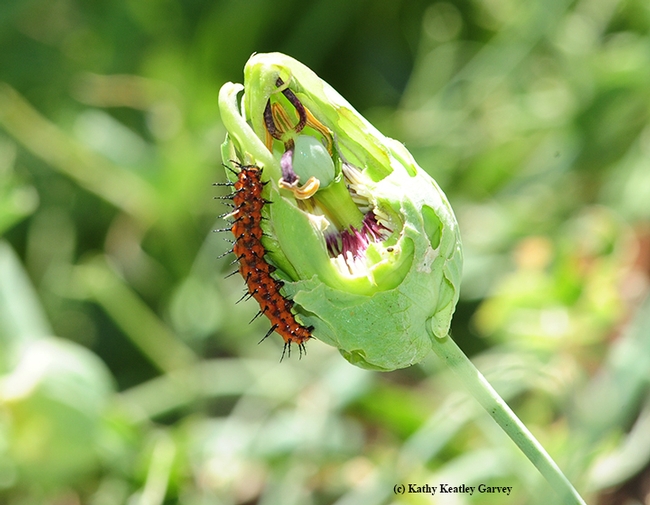 When you're out of leaves, no worries. Next, eat the flower buds. (Photo by Kathy Keatley Garvey) 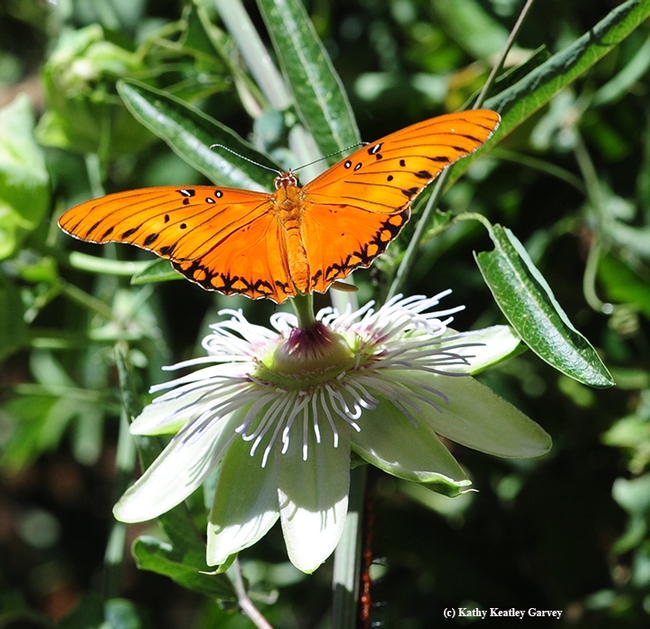