UC Davis
The Bruce Hammock lab, UC Davis Department of Entomology and Nematology, in collaboration with colleagues at the University of Zagazig, Egypt, will receive a three-year $190,000 grant to screen for pesticide contamination in foods in Egypt. Research begins March 1.

The grant, “Food Quality in Egypt: Screening for Contamination with Pesticides using Innovative VHH Antibody-Based Assays and Biosensors,” was one of 15 collaborative projects selected for funding by the U.S.-Egypt Science and Technology Joint Board.  The grants foster research collaboration between Egyptian and U.S. scientists.

“Zagazig is one of the world's premier agricultural institutions,” said Hammock, a distinguished professor who holds a joint appointment with the UC Davis Department of Entomology and Nematology and the UC Davis Comprehensive Cancer Center. “I am thrilled to have this support to expand our long collaboration with Zagazig. This is very practical work with potentially profound outcomes on reducing exposure of consumers and workers to pesticides. We are using a very sophisticated new antibody technology to allow on site monitoring of potentially dangerous pesticides.”

“Our postdoctoral scientist Natalia Vasylieva is the star on the project,” Hammock said, “but it encompasses our entire immunoassay group. We have a long-term collaboration with Zagazig University.”

The grants are funded by the National Academies of Sciences, and the Egyptian Science and Technology Development Fund. Reviewers evaluated the proposals' scientific and technical merit, relevance to program objectives, capabilities of partner institutions and individuals, nature of collaboration, and cost-effectiveness. The board funded less than 12 percent of the eligible proposals.

“Immunoassay (ELISA) is an alternative and complimentary analytical method to instrumental techniques like liquid or gas chromatography,” said Vasylieva, who leads the immunoassay group in the Hammock lab. A native of the Ukraine, she received her master's degree from Taras Shevchenko National University of Kyiv, Ukraine, and her doctorate from National Institute of Applied Sciences in France. Joining the Hammock lab in May 2013, she focuses her research on development of nanobodies as neutralizing agents for small molecule poisoning, as well as use of nanobodies as therapeutics.

“ELISA is also considered cheaper method,” said Vasylieva. “Particularly, ELISA is economically interesting when relatively large set of samples have to be analyzed. This is usually the case in the environmental monitoring for contamination and human exposure studies.”

The Hammock lab, which has extensive experience in development of immunoassays, extends the field by developing new formats of the immunoassays by developing new reagents. “In particular, we develop new type of antibodies, called nanobodies or VHH (from variable heavy domain from heavy chain only antibodies) that naturally occur in camelids and sharks,” Vasylieva said. “These antibodies have all the affinity properties of conventional (polyclonal and monoclonal) antibodies, but also have unique properties, like small size (1/10th of the size of conventional antibodies), high thermal stability, resilience to organic solvents and high refolding capacity. These properties make them particularly suitable for use in portable devices for environmental and human exposure monitoring.”

A large amount of pesticide is used in Egypt,” she said. “So far, only limited amount of information is available about environmental contamination and human exposure to those pesticides. In these few publications available, levels of pesticide in the food appears to be over the allowed limits.”

In their abstract, the researchers explained that long-term application of pesticides has resulted in contamination of food in Egypt. “Continuous exposure to pesticides is usually associated with infertility, birth defects, endocrine disruption, neurological disorders and cancer in humans. Worldwide reliance on chemical pesticides in agriculture remains an essential component for high food production. According to the Egyptian Agricultural Pesticide Committee, the amount of pesticides imported and used for agricultural production has more than doubled from 2005 to 2012. However, only a few studies have been published on this subject over the past 10 years and they show high levels of pesticides in a variety of food products.”

“Food monitoring studies in Egypt have been primarily limited to analysis of organochlorides, organophosphates, and carbamate insecticides,” the researchers noted in their abstract. “Research and monitoring of other pesticide groups is a relatively new subject, and a knowledge gap still remains. With this study, we propose to assess the safety of food available on the Egyptian market and develop tools for fast and low-cost contamination screening. Our long-term goal is to contribute to a healthier Egypt by raising awareness about food chemical safety and to provide simple tools for researchers and stakeholders to screen the food products for compliance with regulatory policies. We hypothesize that human exposure to toxic chemicals through contaminated food (domestic and imported) has increased due to excessive application of pesticides in order to face nutrition needs.”

They defined three specific goals of the project:

Overall, the scientists aim to develop innovative immunoassays and biosensors empowering scientists and engaged Egyptian communities to collect analytical data to address environmental chemical concerns. “We will do this by adapting and refining technologies to improve assay performance, reliability and field portability,” they wrote. “The knowledge gained from this research will provide insight into human exposure to agricultural pesticides in Egypt and will raise the Egyptian population's awareness of food quality.”

Hammock, a member of the National Academy of Sciences and the National Academy of Inventors, directs two major UC Davis programs; the Superfund Program financed by the National Institute of Environmental Health's National Institute of Environmental Health Sciences (NIH-NIEHS); and the NIH Biotechnology Training Program. Hammock, who holds a doctorate in entomology/toxicology from UC Berkeley, served as a public health medical officer at the U.S. Army Academy of Health Science in San Antonio, Texas; a postdoctorate fellow in entomology/toxicology at UC Berkeley; and a postdoctoral fellow in biochemistry with the Rockefeller Foundation, Northwestern University, Evanston, Ill., before joining the UC Davis faculty in 1980. 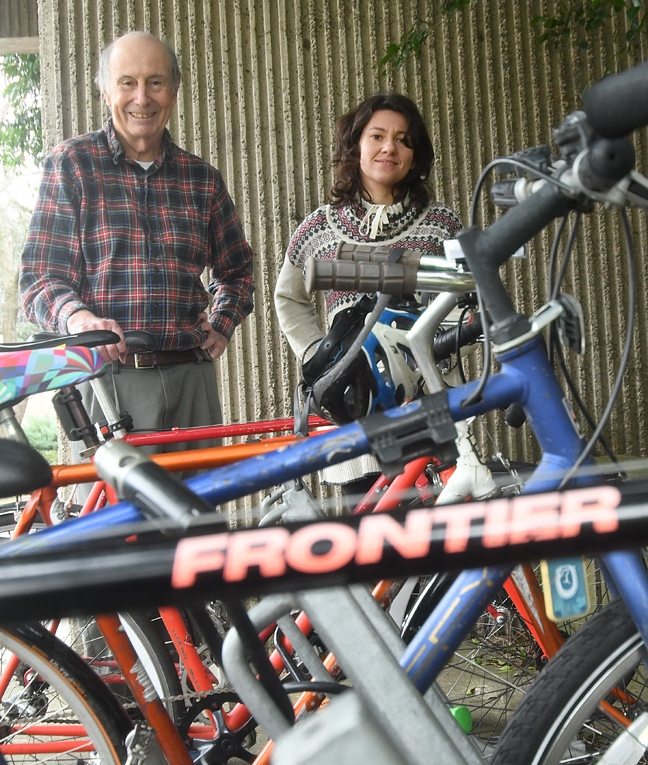