A behind-the-scenes battle is raging in the Senate over how to regulate small and organic growers without ruining them - and still protect consumers from contaminated food, according to a story published yesterday in the San Francisco Chronicle.

The crux of the legislation gives the Food and Drug Administration greater authority to regulate how products are grown, stored, transported, inspected, traced from farm to table and recalled when needed.

Reporter Carolyn Lockhead interviewed Madera County organic farmer Tom Willey about the proposed new legislation. He said many food safety rules "push us to embrace a paradigm of sterility," which, in the long run, increases the danger.

The story noted that a UC Davis study last year by Shermain Hardesty and Yoko Kusunose found strict food safety regulations can put smaller growers at a disadvantage because their compliance costs are spread over fewer acres, the article reported. Hardesty said costs may be as high as $100 an acre.

Last summer, the House of Representatives passed stringent food safety legislation. Efforts to modify proposed rules to make compliance easier for small farms have been more successful in the Senate.

Ferd Hoefner, the policy director for the National Sustainable Agriculture Coalition, said the House bill would be a "complete disaster" for small farms.

If two versions of the law pass, Congress would work to merge them. 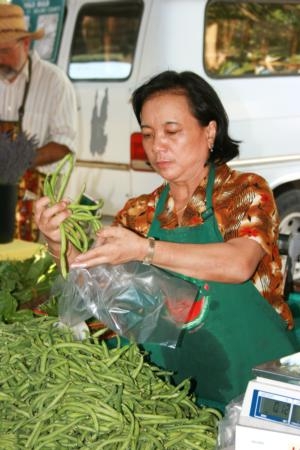