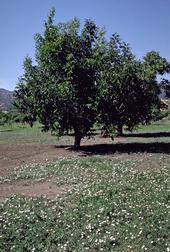 Bindweed, growing in the foreground, is difficult for organic growers to control.

Organic weed control in orchards is far more difficult than conventional weed control, reported the Daily Democrat. The story was written by Bob Johnson for AgAlert.

"This is the wood mulch from last year," Roncoroni pointed out at the field day. "As you can see, the grass is growing on the edges, but it's held up pretty well. This is after a... 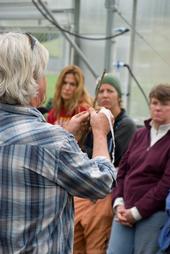 The College of Marin received a $233,000 grant from the California Community College Chancellor's Office, which will help the school support its organic farm until it becomes self sustaining, according to an article in the Marin Independent Journal.

The college launched the farm in 2009 as a kind of laboratory to help Marin residents and others learn the essentials of organic farming from experts like the University of California Cooperative Extension's Steve Quirt and Wendy Johnson of Green Gulch Farm, the story said.

State inspectors have been cracking... 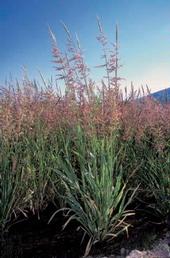 Over the years, Marcum has undertaken myriad efforts to help the region's...

An organic farming apprenticeship program has been established in Novato, Calif., to teach students progressive, responsible farming practices including landscape ecology, composting and fertility management, according to a news release distributed by the California Division of Apprenticeship Standards (DAS).

This is the first organic farming apprentice program in the nation, the release said. The Organic Farming and Gardening Apprenticeship Program includes 1,800 hours of hands-on paid training at Fresh Run Farm in Bolinas and 11 courses of related instruction...

News stories from around the state demonstrate the role of UC Cooperative Extension in helping define California's agricultural "sense of place."

Salinas research corridor
Officials are working together to create a "research corridor" in Salinas to work in concert with existing agricultural and construction technology centers, said Salinas Mayor Dennis Donohue in his state-of-the-city address. "I want to acknowledge the very real and sustained efforts to make a Research Corridor a reality by Dr. Phoebe Helm at Hartnell, Sonya Varyea Hammond of the UC Extension and Congressman Sam Farr," Donahue said, according to a transcript of his speech...