A recent call about the poor control of marestail (horseweed, Conyza canadensis) to glyphosate (Roundup®) wasn't surprising, but that paraquat didnt do the trick was.  It turns out that there is multiple resistance to the materials.  If horseweed is resistant to glyphosate it is possibly going to be resistant to paraguat  which also means that hairy fleabane which has glyphosate resistance could also show resistance to paraquat.  A recent study reports on the increased Conyza resistance to paraquat (Distribution of Conyza sp. in Orchards of California and Response to Glyphosate and Paraquat, Moretti et al, https://doi.org/10.1614/WS-D-15-00174.1): 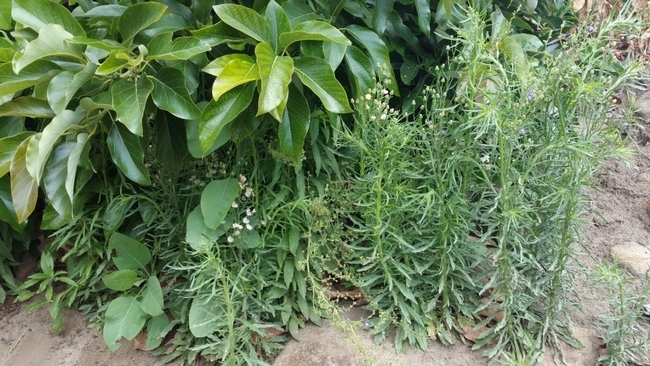