About a year ago, a group of agriculturists got together and starting brainstorming on ways to increase ag tourism, Norton told reporter Carol Reiter. The group formed "Country Ventures" and decided on two goals: To bring more visitor-related dollars into the county and to increase people's knowledge of agriculture.

"We decided it would be good to have an audio tour for Highway 140 from Merced to Mariposa," Norton was quoted. "The highway is so heavily used. That was the logical place to start."

The group prepared a series of recordings that visitors can listen to in their cars while driving the historic roadway that connects the valley floor to Yosemite National Park. MP3 files can be downloaded from the Country Ventures' website. In addition, the recordings are being compiled on CDs to be distributed at the California Visitor Center in Merced.


The recordings include information on:


"Our target audience is people from other states and other countries," the article quoted Norton. "We want people to realize the San Joaquin Valley has a lot to offer in itself. It's not just a place to get through on your way to Yosemite."

Norton is one of two narrators on the audio recordings. 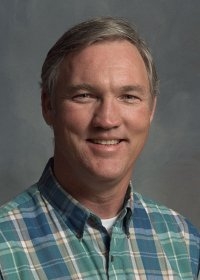